My colleague Chris Gehrz recently did a valuable blogpost on films that treat religious topics well, basing his findings on a non-scientific survey of reader suggestions. The resulting list of the top seven films is very good, in the sense that they are all well worth seeing, although everyone will have their complaints about omissions. (No Groundhog Day? No Green Pastures? No Blood of Jesus? Really?) And obviously, it focuses on Christian productions. There are in fact plenty of great Buddhist religious films, just to choose one example, and of course a great many Jewish ones.

What follows here is not a critique of that original list, but rather an expansion. Although Chris’s list featured a couple of wonderful non-US films, such as Babette’s Feast and Calvary, readers might not realize just how immensely rich is the range of very serious religious-oriented feature films produced in Europe especially, but also in Latin America. I have published some columns on that theme in Christian Century through the years, and also blogged at other sites.

If you are interested in European “films on faith,” we would really need two lists. One is of the all time greats, and the other is of very recent contributions, from the past decade or so. I won’t say much about all time classics, as the Vatican in 1995 published a well-informed list of 45 “Great Films”, with a predictable emphasis on religious and spiritual themes, and European contributions were much in evidence. The catalogue includes an Eastern Orthodox classic like Andrei Rublev (1969), about the legendary icon painter; as well as Pasolini’s ruggedly Marxist Gospel According to St. Matthew (1966). It also mentioned Jean Renoir’s Monsieur Vincent (1947),  Babette’s Feast (1988), and the essential Polish series The Decalogue. These are all now standard classics.

Remarkably though, given European secularization, we have an incredible wealth to choose from in very recent years. A lot of recent films, obviously, are very anti-religious, depicting faith in terms of cynical and abusive clergy, or the fanaticism of ignorant believers: see for instance the recent German film Stations of the Cross, or the Austrian Paradise: Faith. But among all the hostility, there are items that in my view stand among the finest works of religious art produced anywhere in modern times. In no particular order, here is my personal Top Eight of recent European Christian cinema:

A sweeping story of corruption, both lay and ecclesiastical, in a Russian town. The story is deeply rooted in the Bible and Biblical imagery

Wrenching story of an innocent priest who knows he is to be murdered as an act of vengeance for the wrongdoings committed by his church during the clergy abuse scandals.

Leila is a tough and cynical convict – a murderer, in fact – who is paroled to serve as the secretary of a blind Lutheran parish priest. At first, she hates the task and despises the foolish old man. Increasingly, though, she is astonished to see the huge volume of mail that he receives daily, which consists entirely of requests for prayer and advice. Father Jacob is an intercessor, a man whose prayers have so often proved effective. A magnificent portrayal of modern-day sanctity.

This portrays the Trappist monks who stubbornly maintained their presence in Algeria until jihadi guerrillas murdered seven of them in 1996. Despite its dreadful subject, this film never lapses into hatred for the perpetrators.

Michael Sheen uses an actual Passion Play in a South Wales town to retell the Gospel stories in modern dress. The director and designer is Dave McKean, a legendary figure in the world of comics (The Sandman) and pop culture. [Full disclosure: the setting is my own home town].

A biography of a fictional Orthodox monk, a charismatic saint of immense spiritual power. Despite its strictly modern setting – the plot revolves around an unresolved wrong committed during the Second World War – the film is absolutely rooted in age-old traditions of Christian piety. If they had made films during the great age of the Orthodox saints and holy fools, they would have looked like this. It would make a fascinating double bill with Leviathan.

A documentary, which tells a true-life story. Jørgen Vig is a cranky retired professor who lives in a semi-ruinous Danish castle. For no apparent reason, he decides to donate the castle to the Russian Orthodox Church, with a view to founding a convent. Sister Ambrosia is the Russian nun who arrives, with several fellow-sisters, to assess the feasibility of the scheme. Only gradually do we realize what is actually at stake, as the convent project seems doomed to fail, and Ambrosia might be the only nun determined to work through to the bitter end. And then you realize what she wants, the point on which she will not yield. However many years it takes, she will stay with Vig until the end, until she has ensured that he finds salvation.

A Catholic nun finds that she is of Jewish origin, and that Polish Catholics murdered her family during the German occupation.

Do note that virtually all these films are either about clergy or monastics, and they treat faith very favorably, while European films about the experience of ordinary lay people are very hostile and anti-religious. The message seems to be that Christianity is for trained professionals only, and others should not try this at home. Trying to live Christianity seriously will lead to no good.

I’m sure there are many other suggestions for titles.

We could easily compose a comparable Latin American list also. (It would assuredly start with the Chilean film The Club, 2015). 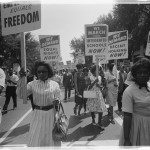