In a post last month, I praised the cable TV drama The Americans for its nuanced depiction of religious belief and unbelief. But which feature films have done well tackling such themes?

Last week I took advantage of the #fav7films hashtag that was dominating Twitter and used our own social media accounts in order to crowdsource a response to that question:

After getting a bunch of lists from followers on Twitter, I tried it again the following day at Facebook.

Over seventy films ended up on the aggregate list, ranging from multigenerational favorites that you might not associate with religion (It’s a Wonderful Life; The Wizard of Oz) to less familiar explorations of belief, religious (the Maysles brothers’ documentary Salesman) and otherwise (Charlie Kaufman’s Synecdoche, New York). But here were the seven favorites, listed chronologically with their directors:

Night of the Hunter (1955, Charles Laughton)

Both the oldest and creepiest film on this list, Night of the Hunter is best known for Robert Mitchum’s chilling performance as Preacher, a homicidal villain who consults with God about his choice of victims.

But in his 2010 appreciation of the film, Elbert Ventura lavishes more attention on Lillian Gish’s turn as the elderly guardian of two children menaced by Preacher:

Shimmering with righteousness and good American sense, her pious Mrs. Cooper is the crucial counterweight to Mitchum’s Preacher. Her presence broadens the movie’s scope, helping it rise above a mere critique of American parochial fundamentalism to an encompassing portrait of humanity’s complexity. Just as LOVE and HATE both reside in the soul of man, so do faith and religion serve a corrosive purpose but an ennobling one as well. If Preacher (and, to a lesser extent, the sanctimonious townsfolk who can’t spot iniquity when it’s staring them in the face) represents blinkered zealotry and certainty, Mrs. Cooper redeems the purpose of faith, emblematizing Christian compassion and strength. Religion as double-edged sword reaches its expressive apogee in a climactic scene, with Preacher laying siege to Mrs. Cooper’s house, singing a gospel hymn—only to be joined in song by the old lady, singing her own words of devotion

We ended up with a logjam for the final three spots, so I had to make some executive decisions. One was to include a Monty Python film that religious conservatives vilified as blasphemous, though its defenders present it as a satire of religion rather than of Jesus himself. (Start at 1:44 in this clip from the five survivors’ Live at Aspen discussion.)

Financially at least, Life of Brian is the most successful movie on this list, grossing over $36 million worldwide (according to IMDB). Now, there’s a bustling market of “Christian movies,” but few appeared on the lists of our social media followers. Christianity Today film critic Alissa Wilkinson explained why:

If you’re not devout, you probably miss these movies entirely. But they’re a big business: in the last three years, low-budget Christian-themed films have earned over $445 million at the US box office. A lot of these are basically well-intentioned kitsch, innocuous in the manner of a lousy conventional rom-com or inept indie drama. But they can be worse than that. I can excuse (or ignore) a poorly made movie. But some of the most popular faith-based movies today aren’t just sub-par entertainment — they’re anti-Christian.

Back when I first started teaching in Bethel’s Christianity and Western Culture course, we required students to attend three evening film forums. While A Man for All Seasons was my personal favorite from our series, I think the most teachable film we offered was The Mission (also written by Robert Bolt, as it happens). Telling the tragic story of the Guaraní people as they were enslaved by the Portuguese in the 18th century, The Mission stars Jeremy Irons as a Jesuit missionary who builds the titular mission in the South American jungle. It not only paired well with their assigned readings from Bartolomé de Las Casas, but reminded our largely evangelical students that it was the Catholic, and not Protestant, reformation that first inspired a renewed wave of global missionary activity.

All this came flooding back a few years ago, when I paid for the audio tour of Westminster Abbey and thrilled to hear Irons’ voice not only narrate every nook and cranny of that famous church, but explain theological topics like the meaning of baptism.

Another tie I had to break: Babette’s Feast is the only film here that was on my own list of not-quite seven favorite films about religion. It’s been on my mind because, while writing a chapter in my current book project, I recently reread Philip Yancey’s summary of BF in What’s So Amazing about Grace? He concludes with the toast from the banquet’s most illustrious guest, which opens with the words of Psalm 85:10-11 and continues, “Man, in his weakness and shortsightedness, believes he must make choices in this life. He trembles at the risks he takes. We do know fear. But no, our choice is of no importance. There comes a time when your eyes are opened, and we come to realize that mercy is infinite.”

The runaway favorite, getting nearly twice as many votes as any other option, The Apostle is also the only unabashedly American movie on a list otherwise heavy on British/Irish and European films. (Night of the Hunter features an American cast and is set in Appalachia, but as Ventura points out, it’s Americana as imagined by its English director: “The landscape is at once lush and pestilential, an idyllic America marred by the evil of men and mobs.”)

The marvel of The Apostle is that [director-star Robert] Duvall has fashioned a plausible, complex, compelling, and ultimately stirring portrait of a go-for-broke holiness Pentecostal preacher who, though grievously flawed, is not a huckster, fool, buffoon, or simpleton. In constructing this rarity, Duvall took on the puerile stereotype of Hollywood’s least favorite people, evangelical Protestants, especially of the southern white fundamentalist variety—a group it is safe to bash without fear of reprisal from the pc police. For Duvall, a lifelong believer, at least part of the motivation for doing The Apostle lay in his desire, as he put it in one interview, to “give credence” to a suspect people, offering a corrective to the incomprehension and fear of the nation’s culture-brokers.

Then we close with two more recent films that are high on my personal to-see list. In the midst of an article on faith and film for The Christian Century (subscription required), Philip called Of Gods and Men “the most significant religious film of recent years.” Telling of French Trappist monks who decided to remain among their Muslim neighbors in spite of threats during the Algerian civil war of the 1990s, Of Gods and Men struck Philip as “simply one of the greatest and most convincing depictions of sanctity in cinema.”

Philip also reviewed Calvary for the same publication (also behind the CC firewall, I’m afraid), but here I’ll quote from Wade Bearden’s essay at Christ and Pop Culture. It made me think that McDonagh’s mystery about an Irish priest (“played by Brendan Gleeson in a towering paradoxical performance of both power and humility”) would make a fascinating double-feature with Babette’s Feast, offering as it does a more complicated lesson about mercy and forgiveness:

…Calvary seems to serve as an overarching allusion for Christianity in a society where followers of Jesus are, like Gleeson’s character, both congruently respected and reviled. Our struggle is the same as Father James: how will we respond to the evil around us? What will we do and, even more so, how will we defend ourselves when the mob comes for our own head?

Father James’ treatment of sinners and recurring message of hope correctly illustrate that while grace is easily received, it’s not provided without difficulty. Father James must daily give of himself if he ever hopes to inspire lasting change in the lives of those around him. The title of the movie is, after all, Calvary, the place where the ultimate sacrifice was paid for humanity’s forgiveness. McDonagh’s narrative seems to understand this principle, right down to the film’s final, powerful shot.

Then some honorable mentions: films that got multiple votes but didn’t quite make the final seven when I made the last cuts.

Of course, the chief virtue of doing a listing exercise like this is that it inspires readers to reach for new heights of indignant eloquence on behalf of a neglected personal favorite! (Remember: we had 70+ nominations, I’ve only named those mentioned at least twice.) So, by all means, fire away in the comments section and recommend other movies about religion, faith, belief, spirituality, etc. 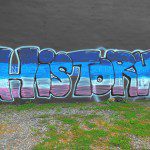 August 24, 2016 Of Pastors and Power: Mark Driscoll and the Avignon Papacy
Recent Comments
5 Comments | Leave a Comment
"Not everything was closed. Only places that had large gatherings. One thing that the author ..."
Christy Scarborough Evangelist Billy Graham’s Granddaughter and Son ..."
"Yes, it does run deep. And it explains a lot of what we're seeing right ..."
K Du Mez Jesus and John Wayne: An Afterword
"If you read carefully, you'll find DeVos and Prince appearances in my book. So far ..."
K Du Mez Jesus and John Wayne: An Afterword
"I thank you for an extremely interesting (and erudite) post, which absolutely should have been ..."
philipjenkins Losing the Brethren
Browse Our Archives
get the latest from
Anxious Bench
Sign up for our newsletter
POPULAR AT PATHEOS Evangelical
1 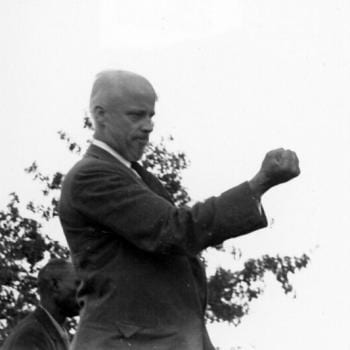 Deep State, Deep Market, Shallow Jesus, Shallow Church
Different attempts have been made to define and reflect upon “deep state”....
view all Evangelical blogs
What Are Your Thoughts?leave a comment
Copyright 2008-2020, Patheos. All rights reserved.