How to Pray for a Presidential Candidate You Don’t Like

Under current circumstances, praying people might puzzle over how to pray for leaders they do not much like.  History affords a range of options, from requesting deliverance from evil rulers, to affirming allegiance to the powers that be whom God ordained, to giving thanks for just and prudent officials.  Another provocative possibility comes from invocations of Congregationalist clergymen in America’s early national period.  Facing the prospect of opening the nineteenth century with Thomas Jefferson at the helm, they expressed their dismay.

“O, Lord, wilt Thou bestow upon the Vice President a double portion of Thy grace,” Connecticut minister Jedidiah Champion begged God, “for Thou knowest that he needs it.”

The presidential election of 1800–what Thomas Jefferson, after his victory on the 36th ballot, called “revolution of 1800”–flowed with fevered rhetoric.  Some of the most feverish came from ministers who served in Congregational churches in New England, men like Timothy Dwight (1752-1817), David Tappan (1752-1803), and Jedidiah Morse (1761-1826).  Until well into the nineteenth century, Connecticut and Massachusetts maintained established Congregational churches.  Their ministers tended to be Federalist and proclaimed the dangers of electing the Republican from Virginia. Though these ministers had celebrated American independence and embraced George Washington as a model of ordered liberty, by the 1790s they felt at odds with some of the other famous Founders.  Thomas Jefferson displayed distinctly different ambitions for America at home and abroad.  In a world shaped from 1789 on by the global convulsions of the French Revolution, Republicans like Jefferson tended to side with France abroad and advocate smaller government at home.  Federalists in contrast tended to be pro-British, to fear the consequences of the French Revolution, and to support more vigor in national government. In the watershed election of 1800, Federalist clergymen feared America was headed in the wrong direction.

Though they had lukewarm enthusiasm for John Adams, the more moderate Federalist elected president in 1796, they dreaded what would happen if Adams’s vice president, Thomas Jefferson, were elevated to the highest office.  Jefferson had already rendered himself dubious to them in religious terms, doubting the Trinity and supporting religious disestablishment.  Jefferson struck Federalists as particularly dangerous because of his sympathy for revolutionary France, whose turn to Terror and militant atheism disturbed many Americans, even those who had first cheered the overturn of the old regime in 1789.

The rhetoric Federalist clergy employed against Jefferson was harsh.  One called him a “howling atheist,” another predicted his election would “destroy religion, introduce immorality and loosen all the bonds of society,” and another worried that Bibles would be cast into bonfires.  At end, Jefferson was elected but American religion was not destroyed.  Indeed, many Christians who were not members of state-favored churches in turn favored Jefferson in part for his advocacy of religious freedom.  Furthermore, instead of expanding, immorality was checked by the lively revival and reform movements (promoted by some of Jefferson’s clerical opponents) that flourished under conditions of religious liberty, in America’s Second Great Awakening.

Federalist clergymen’s words do not offer political vocabulary reusable in all eras.  Their example first might remind us to keep tongue firmly in check when temptations arise to pass rash religious judgments or claim too confidently our discernment of the purposes of God in electoral politics.  The fact that Federalist clergy fell on what is conventionally cast as the wrong side of history–as opponents of religious liberty and foes of Jefferson–does nothing to enhance their reputation.

Still, while not all rhetoric against the “infidel Jefferson” can be redeemed, Champion’s prayer above does get at something worth recapturing, as prayerful voters now enter a new phase of a very strange election season.  Above all, it gives words to express that the fact that a candidate is seriously lacking something does not preclude praying for its supply.

And these ministers’ worry about the direction of their country, the dangers posed by international events–to them, a world gone mad–came chastened by awareness that America’s president alone did not determine the course of world events.  Though their regard for the newborn USA was great, they did not claim American greatness as an entitlement.   Furthermore, fear that the country was going in the wrong direction did not require pledging allegiance to just anybody as a change candidate.  And unlike us, voters in the 1800 election at least had the option of two other candidates–Aaron Burr and Charles Pinckney–from which to choose.

July 31, 2016
No Room in Wayne Grudem's World for a Female President
Next Post 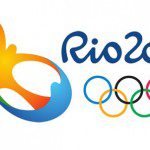 August 2, 2016 Religion in The Olympics... and The Olympics as Religion
Recent Comments
0 | Leave a Comment
"Impressive article. Provides the necessary perspective for entering into an informed discussion about the science/religion ..."
the old scribe Science, Religion, and Nineteenth Century Protestantism
"Very helpful! Thanks! It seems history has always been used as a weapon."
Roger McKinney Science, Religion, and Nineteenth Century Protestantism
"You have done nothing to refute my point. Certainly we should do the affirmative things ..."
NorrinRadd Ron Sider and the Fate of ..."
"When we try to prohibit behavior that many people consider, we simply drive the behavior ..."
Silverwolf13 Ron Sider and the Fate of ..."
Browse Our Archives
Related posts from Anxious Bench