Notes to First-Year Students on Mystery and the Liberal Arts

Today’s post comes from a talk I gave several years ago at Asbury University, where I teach history. After welcoming nearly 400 new students to campus for orientation, we didn’t waste any time starting up academic conversations. All incoming students read G.K. Chesterton’s mystery thriller The Man Who Was Thursday for their liberal arts seminar, which met each day of orientation in both small group and plenary sessions. What follows are notes of my concluding plenary address.

A few years ago as an incoming student at a college very much like this one, I sat in an auditorium during orientation like you are right now and contemplated my future. On one level, I was engrossed with the immediate future, the future driven by my stomach, hormones, and nerves. But I also thought long-term. As I recall, my goals clustered around two concerns. One had to do with practicality. I wanted training for a career, one that would pay off my student loans and one that would provide for a comfortable living. The other had to do with answers. I wanted to be able to defend my beliefs and pin down my opponents. I wanted to know the correct interpretation of classical and biblical texts, the right answer to the calculus problem, the precise treatment we should offer to someone suffering from an ailment.

To be sure, there is great virtue in precise medical treatments and in financial solvency. But I wish I had wished for more. And my wish for you, during your college orientation, is that you can expand the notion of education beyond the calibrated metrics and language of input, output, and quality control that characterized my own conception. For the next few minutes, I want to speak to you about the role of mystery as you pursue a life of inquiry here.

There is considerable pressure on you to follow a safe narrative, to view college and your major only as job preparation. You may feel this pressure from yourself, your parents, from society to live predictable lives in which you follow a script of moving along from kindergarten to high school to college syllabi to a job to a retirement of shuffleboard and early-bird specials in Florida.

But it’s possible to be too practical, to train for a job that might not exist in a decade. One of the strongest defenses of the liberal arts is that it teaches you to think, write, and have imagination. This prepares you for many kinds of jobs. But beyond this practical critique of practicality, I imagine that we should be open to the possibility of sources of inspiration beyond spreadsheets, sources like tradition, morality, passion, and mystery. 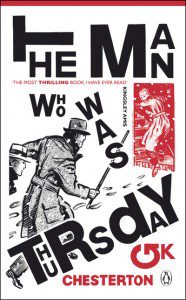 You’re going to be reading a detective story this semester that delights in mystery. The Man Who Was Thursday is terrifying, deeply bewildering, and always mysterious. This is a theme Chesterton wrote much about. In his Introduction to the Book of Job, Chesterton writes, “God comes in at the end, not to answer riddles, but to propound them.” Instead of giving a satisfying, philosophically nuanced answer of the sort Job is expecting, God recites poems about wild animals. This is the kind of whiplash you are going to experience when you read the many surreal scenes in this novel. Things are never as they seem. Scenes depict the mystery of life and the paradoxes of ourselves. If some are wolves in sheep’s clothing, some are sheep in wolves clothing. Anarchists are virtuous. The police are corrupt. There is a hierarchical governing body of those dedicated to blowing up a hierarchical governing body. In the end, Chesterton suggests, we must realize that we are simultaneously good and bad. We are at war with ourselves. And then there are the disguises. The Man Who Was Thursday is full of mystery.

How does this take shape in our scholarly conversation here? It means not limiting your education to the classrooms, for one thing. It means following your passions beyond graded assignments. It means not pestering faculty for higher grades and instead learning for the sake of learning. It means realizing that fiction can be truer than nonfiction. It means working with your classmates, not against them. It means letting the mystery of God command us more than commanding God into our tidy theological constructs. It means recognizing that community does not follow an easy formula. It means reveling in classrooms that hum with energy and intellectual curiosity. And realizing that what makes community in the first place is often serendipitous and unimaginably complex.

No talk at an Asbury orientation is complete without some C. S. Lewis. Here is my obligatory quote: “For every one pupil who needs to be guarded against a weak excess of sensibility, there are three who need to be awakened from the slumber of cold vulgarity. The task of the modern educator is not to cut down jungles but to irrigate deserts.”

Many of us could probably use a dose of discipline. But I would wager that even more of us suffer from the problem of vulgarity. We value grades over learning. We plod along the arid deserts of a coldly efficient modernity. We need doses of water and blood to grow wild jungles of mystery and creativity and passion. I can’t believe I’m saying this, but I don’t wish for you four years of straight A’s (although I may wish for a job after saying that). I don’t wish for you lives of wealth and comfort. I don’t want you to extract an optimal cost-benefit ratio from your experience. Instead, I urge you to immerse yourself in this complex, mysterious community. If that’s your goal, you’ve come to the right place. Asbury is a terrific place to irrigate deserts. 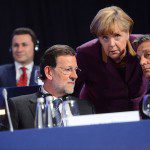 August 16, 2016
Could the U.S. Finally Get a Significant Christian Democratic Party?
Next Post 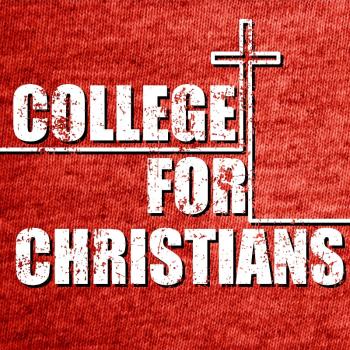