Witches in the Village

In 1945, English villager Charles Walton was gruesomely murdered in what sensationalist media decided was a sinister “witch murder,” even a human sacrifice, in the community of Lower Quinton. That story, as described by detective Robert Fabian, became the foundation of a whole genre of fantastic fiction, Folk Horror, and this spilled over into the real world.

The Walton story received something like canonical form on television in 1961 in an episode of Boris Karloff’s wonderful Thriller series, entitled Hayfork and Billhook. This depicts something very close to the Walton case, with a Fabian-style detective investigating dark doings in a backward English village – I mean, really backward. This is a ludicrous parody of contemporary rural England where witchcraft beliefs run riot, witches are commonly murdered, and everyone knows about the dark sacrificial rituals that proceed unchecked in the ancient stone circle. The script was by a popular English actor and television writer of the day called Alan Caillou, who took his name from his wartime nom de guerre in British special forces. (I have never quite determined how authentic those reported heroic deeds were. I raise that question because I am conscious of the fantasy military life of the much better known Christopher Lee, who starred unforgettably in the classic 1973 film of The Wicker Man.)

If you suspend critical judgment, Hayfork and Billhook is actually great watching, with one disastrous exception. At points in the story, the heroine must see and be horrified by the spectral black dog that featured so centrally in the Walton myth, but the actual beast cast in the role may be the least frightening mutt ever put on screen. On the positive side, the final struggle within the local stone circle is terrific. I watch the episode whenever I can, although it is definitely a guilty pleasure. It is a genuine and pioneering example of the Folk Horror genre, although its American origins mean that it is virtually never listed in that canon. It was assuredly broadcast in the UK in the early 1960s, because I saw it then, although I don’t know precisely how it might have influenced later works.

The Lower Quinton horrors inspired another pivotal work, namely David Pinner’s 1967 novel Ritual, in which a visiting detective has to solve occult-related deaths in an English village. (Note the same Fabian-derived format). In this instance, the murder victims are children or teens, with a strong sexual element. This might reflect the British fascination with serial child murder following the horrific Moors Murders of the mid-1960s.

That brings us neatly to the film directly linked to Ritual, namely The Wicker Man, which likewise has a child-murder theme. Although this film changes many details of the Pinner novel (notably the changed setting, from Cornwall to Scotland), that book clearly was the source, and is now acknowledged as thus in all the many writings on the film. Christopher Lee bought the film rights from Pinner in 1971.

Another influence was the widely viewed (and utterly chilling) 1970 television play Robin Redbreast. After many years of being unobtainable, it is now on Youtube. Glory be! I won’t summarize it in too much detail here, except to say that it portrays a modern day village pagan cult in terms absolutely and explicitly drawn from Margaret Murray, and from Frazer’s Golden Bough. A young man becomes the Sacred King, who is to be killed and dismembered for the good of the land. Killed and dismembered, but not necessarily in that order. In a conclusion, the lethal pagan leader expounds a Frazerian fertility cult myth – in fact, he tells a visitor that she must read an important book on the history of religion, The Golden Bough, “in seven volumes.” Bookish antiquarian speculation merges with ancient fertility cult.

The play’s author, John Bowen, said that he based the story on the Lower Quinton murder, although his account of the Walton case is absolutely mythical. Walton, he says, was a tramp murdered by villagers, and dragged along so that his blood might serve for the good of the crops. Wrong on all counts.

In multiple ways, Robin Redbreast is very significant in its own right, not least as daringly innovative television drama. Broadcast in primetime, it introduced those Frazer-Murray ideas to a mass audience. Beyond doubt, also, it influenced The Wicker Man, which was then in gestation.

Folk Horror reached its climax in these years. Just to take a couple of examples out of many, 1968 brought the wonderful film of Dennis Wheatley’s Devil Rides Out (with Christopher Lee yet again) and also Donald McCormick’s highly unreliable book Murder by Witchcraft: A Study of the Lower Quinton and Hagley Wood Murders (writing as Richard Deacon). The film Witchfinder-General appeared in 1968, as did the radio play Dark Majesty, which I referred to in a previous post. A series of horror films and TV presentations followed over the next few years. You can still see some of these TV productions on Youtube, such as The Stone Tape (1972), or Penda’s Fen (1974).

The pagan/sacrifice myth also made an enormous impact in music, in the folk revival. Even the name folk horror was invented as a kind of tribute to “folk music.” This was the era of groups like Steeleye Span and Fairport Convention, who revived medieval folk songs and ballads in electronic form. Much of that music was deeply supernatural and witchy in tone, with all its fairies, elves and gnomes. In 1970-1971, Britain acquired its legendary rock festival at the spiritual center of Glastonbury, with all its ancient religious associations, and those pioneering events were awash with pagan and New Agey trappings. (I know, I was there). As in the US, underlying so much of the spiritual upsurge was a deep new concern with the environment, with the sanctity of the Earth, and the landscape.

We hear echoes in rock. 1968 was the year that the rock group Black Sabbath was formed, under heavy Dennis Wheatley influence. In 1973, Led Zeppelin brought out the album Houses of the Holy, with its interior art depicting an apparent pagan child sacrifice. That album features the track No Quarter, with its Viking death squads. Looking back at such themes today, it is difficult to avoid seeing them through the lens of the hilarious parody in This is Spinal Tap, with its bungled attempt at mounting a sinister Stonehenge-and-druids ritual on stage. At the time, though, it all seemed deadly serious.

Plenty of recent lists have tried to assemble a folk horror canon, including television programs that proliferated through the 1970s. Looking at such collections these days, the main thing that strikes us is not just how abundant these productions were, but how many of them were explicitly targeted towards children and teens, and made for children’s television. Amazing in retrospect, perhaps.

This all goes a long way to explaining how, between the 1930s and 1970s, people came to believe that witches, Satanists and human sacrifices were alive and well in contemporary Britain. By the 1980s and 1990s, staggeringly gullible and irresponsible police officers, therapists and social workers were seeking out and investigating supposedly genuine witches and Satanists, who were allegedly organized in ritual child abuse gangs. Those modern day witch-hunters did a terrifying amount of harm in the process.

It should be said here that this is not a case of “no smoke without fire.” In Britain as in the US, the Satanic Ritual Abuse scare was wholly bogus from start to finish, without a shred of plausible fact. As so often in the world of alleged Satanism and devil worship, the primary detonator for the mythology was a tacky piece of pulp fiction, amplified through (supposedly) true crime exposés. In such cases, it never hurts to throw in a sensation-grabbing detective, and an academic prepared to follow stories uncritically down all sorts of weird rabbit holes.

Thank heaven that all this is in the distant past, and no such credulous cops, lying journalists, or gullible academics can be found today.

A useful book on all this is Joanne Parker, ed., Written on Stone: The Cultural Reception of British Prehistoric Monuments (Cambridge Scholars Publishing, 2009). In that book, see especially Charles Butler, “Children of the Stones: Prehistoric Sites in British Children”s Fantasy, 1965-2005,” and Neil Mortimer, “Pulp Archaeology: Megaliths in Popular Culture .” 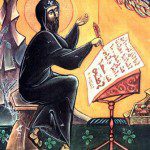 August 9, 2016 St. Ephrem, the Syrian Refugee: A Church Father on War and Lament
Recent Comments
2 Comments | Leave a Comment
"Great topic, and a terrific discussion."
philipjenkins Tejano Methodism, Material Culture, and COVID
"The fastest growing religion in Sub-Saharan Africa, Carribean (Haiti, Jamaica, Dominican Republic etc), Central America ..."
Paul Juma Biblical Authority amidst American Christian Division: ..."
"Let us know when your book is on the NYT best seller list."
Enlightened Do Evangelical Churches Have a Catechesis ..."
"It's the habit of historians to use historical examples of practices as proof of the ..."
Leigh Ann It’s A Small, Small (Complementarian) World
Browse Our Archives
get the latest updates from
Anxious Bench
and the Patheos
Evangelical
Channel
POPULAR AT PATHEOS Evangelical
1