Teaching the Great War Where It Was Fought

“You have the best job.”

So said an acquaintance at the Minnesota Historical Society earlier this month. Now, I happen to think that designing museum exhibits would be pretty cool, but I couldn’t argue. Not only did I have a sabbatical all fall, not only did I spend it with my wife, children, and parents, not only did it give us the chance to live in one beautiful part of the country and tour others, but…

I’m going to spend the first three weeks of 2017 in Europe.

(Note: someone please send me this link in about two years, when I’m back in my usual professorial routine and starting to whine about the other dimensions of my job.)

Every other January, my colleague Sam Mulberry and I get to take students to Europe for Bethel’s “J-term.” We teach a course on the history of World War I in London, Paris, and Munich — with a three-day tour of the former Western Front along the way.

If everything went according to schedule, our third such group arrived at Heathrow this morning. It’s enough work that I take the month off from writing at my own blog, but I’ll try to share some reflections here at The Anxious Bench as we encounter Europe past and present.

But today, let me walk you through the trip, whose trajectory in some ways mirrors that of the war itself.

We start with my favorite city in the world — in part because London is an easy first experience for American college students who don’t necessarily have much facility with languages other than English. On Thursday we’ll get an overview of the war via the wonderful WWI galleries at the Imperial War Museum (renovated in time for the war’s ongoing centenary), but things kick off tomorrow with me leading a walking tour of war memorials in central London.

However, this is not just a military history course. This Friday we’ll talk about modern art at the Tate Britain — e.g., the Vorticist works of C.R.W. Nevinson, who shared the Futurists’ eagerness for war… until he actually saw it firsthand in France. We’ll worship Sunday morning at St Paul’s, then walk up the street to the Museum of London and learn about the social and economic history of the city before, during, and after 1914-18. Next week we’ll read Vera Brittain and C.S. Lewis on a day trip to Oxford.

Then, when students are starting to get bored of the comforts of a modern metropolis, when they’re ready to understand why young men like Rupert Brooke thought that the peacetime world had “grown old and cold and weary,” we’ll hop a train bound for Lille, France.

From the fall of 1914 to the fall of 1918, the most famous front in the war (not the only one — alas, we can’t also visit Poland, Italy, Turkey, and Tanzania on this trip!) ran from the English Channel to the Swiss Alps. The Western Front is a popular tourist destination for many Britons, Australians, and Canadians, though rather less frequented by Americans more interested in the beaches of Normandy. But under the tutelage of our local guide, Carl Ooghe, our students visualize battles fought at Ypres and the Somme and visit some of the many cemeteries, memorials, and monuments that make meaning of the war to this day.

It’s largely thanks to Carl that I’ve picked up my interest in war commemoration. Here’s some of what I wrote about the omnipresent phrase “Lest we forget” for Books & Culture:

At first glance, the phrase can seem rote, unnecessary. Surely a world war—fought by 65 million people and involving far more—cannot pass from the memory of anyone who experienced it, or heard about its glories and horrors second hand. Nor from the collective memory of a community broken, defined, or otherwise affected by it.

And yet, we forget. Time marches forward, carrying our attention with it. The complicated riches of contemplating the past don’t stack up against the urgent needs of the present and the terrifying anxieties or tantalizing possibilities of the future.

So like the poet Laurence Binyon, watching the first Tommies cross the English Channel in 1914, people for a hundred years have pledged themselves against their nature:

They shall not grow old, as we that are left grow old:
Age shall not weary them, nor the years condemn.
At the going down of the sun and in the morning,
We will remember them.

Not coincidentally, the Western Front is the part of the trip during which we spend the most time together (as a unit, if you will) in the least comfortable circumstances. Then we continue with five somewhat more care-free days in Paris, the cultural capital of pre-war Europe and still one of the most exciting cities in the world. The contrast is meant to be jarring; we’re trying to help students understand the uneasy uncertainty that prevailed as the world tried to move on from its most destructive conflict to that point in history.

We’ll walk in the footsteps of expats like Ezra Pound, F. Scott Fitzgerald, and Ernest Hemingway who preferred postwar Paris to postwar America. We’ll read the bitter words of W.E.B. DuBois, who had reluctantly encouraged African Americans to go to France to fight for democracy and equality, then had to welcome them back to a land “that represents and gloats in lynching, disfranchisement, caste, brutality and devilish insult — for this, in the hateful upturning and mixing of things, we were forced by vindictive fate to fight, also.” We’ll visit the cathedral where Armenian refugees met week after week, hoping to find that their loved ones had also escaped the first modern genocide.

And we’ll take a trip to Versailles, where Woodrow Wilson’s idealistic vision of a better world was undone by his own hubris and the Realpolitik of his European hosts.

Then we’ll conclude our tour with a visit to the Bavarian capital of Munich, where the aftermath of one world war started to turn into the prelude for another. As usual, we’ll begin with a walking tour, one that opens with the chalk outline of an assassinated Communist leader and ends with the city’s much-delayed Nazi Documentation Center. We’ll see the tortured imaginations of war artists like Max Beckmann and Ernst Ludwig Kirchner on display in the Pinakothek der Moderne, and we’ll see the genocidal imagination of another WWI veteran on display at Dachau.

If all this sounds interesting to you, let me know — I’m starting to plan a summer version of the trip (probably folding in more of the Second World War) that would be open to paying customers of all ages and backgrounds. 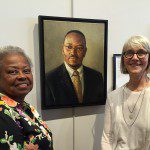 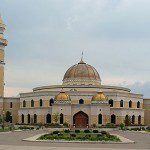 January 4, 2017 Studying Islam as a Christian Historian
Recent Comments
0 | Leave a Comment
"Name one genocide or major war that was mainly not stemmed from religious and by ..."
Herrnhut Jesus, Genocide, and the Canaanites
"The danger of a single story - All histories are selective. The purpose of the ..."
the old scribe The Danger of a Single Mennonite ..."
"Ruth (Mt 1:5 and Ruth 1-4) was not a Moabite woman, but Israelite? https://youtu.be/FodQ-iPyl5I"
ounbbl Jesus, Genocide, and the Canaanites
"I take what Jesus said as to what my faith should be:"The Father makes his ..."
james warrren Who Will Be Saved? – The ..."
Browse Our Archives
Related posts from Anxious Bench