Heroes of the Faith: True, but not Accurate 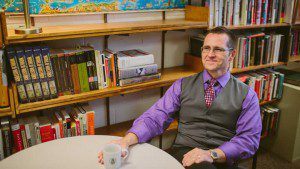 Today at the Anxious Bench we welcome Bruce Berglund, professor of history at Calvin College. He is co-editor of the collection of essays, Christianity and Modernity in Eastern Europe. His book Castle and Cathedral in Modern Prague: Longing for the Sacred in a Skeptical Age will be published this March by Central European University Press.

As a historian, I usually don’t mind when pastors talk about history from the pulpit.

Over the years, I’ve heard plenty of historical vignettes and thumbnail biographies mixed into sermons. In general, the preachers I’ve known did their homework quite well. Their accounts of the past were measured and accurate, and the episodes they selected were appropriate complements to their lessons. The one time I cringed was when a pastor announced mid-sermon that he had just found an interesting historical illustration for his message. That morning. Right before the service. He then produced a printed sheet of paper from his sermon notes and read to us from the website he had discovered.

Like most sermon illustrations drawn from actual history books, this preacher’s last-minute find offered a heroic portrait: someone who made a courageous stand, for the faith or for moral principle, in defiance to the powers of the age. The particular pastor’s Google search had turned up a story about Aleksandr Solzhenitsyn, describing the author’s conversion after serving an eight-year sentence in the Soviet prison camps. To be sure, it’s an inspiring story – one I had heard before in sermons. Solzhenitsyn isn’t the only historical figure to make repeat appearances in Sunday morning services. I’ve also had heard about Dietrich Bonhoeffer and Corrie ten Boom, and William Wilberforce and John Newton, the author of “Amazing Grace.” I’ve heard sermon illustrations that feature abolitionists, opponents of Apartheid, and leaders of the civil rights movement. These saints of the modern church star frequently in sermons, offering examples of faithful, principled defiance to oppression and violence. The stories are true. But they’re not accurate.

Heroes of the faith are inspirational, but they’re also singular figures. As I’ve found in my own work on the European church of the mid-20th century, they are not representative. They don’t give us a reliable picture of the church in history.

Take Nazi Germany for example. The history of the Third Reich and occupied Europe provides a rich store of material for sermon-writers. But the stories of believers standing against Nazi oppression obscures the fact that for most Christians in Germany, loyalty to nation was a stronger force than sympathy to its victims. In Germany of the 1930s, Dietrich Bonhoeffer’s opposition to the Nazi regime from its start was exceptional. Most German Protestants responded to Hitler’s rise to the chancellery with enthusiasm. The Nazis promised revival of economic strength, international standing, and traditional Christian values. The Protestant Church, it was believed, would be a partner in that work. As one Protestant bishop stated in 1933, the church would become a “force for national development.”

A decade later, this same bishop, Theophil Wurm, denounced the persecution of the Jews in a direct letter to Hitler. As my colleague David Diephouse learned in years of researching Wurm’s writings, the bishop did not come quickly or easily to this point of moral clarity. During the 1930s, Wurm struggled to discern the mission of the church in a nation that was, on the one hand, struggling to lift itself from social and economic disruption, while at the same time being led by a party of brutes. Like most German Protestants, he supported the Nazi program for restoring national greatness. He even agreed that the Jews were the principal obstacle to that greatness. He just disagreed with the violent methods the Nazis used to overcome that obstacle.

Likewise in 1930s Hungary, Protestants and Catholics saw Jews as the hindrance to national greatness. As Paul Hanebrink explains, laypeople and clergy saw the authoritarian state and anti-Jewish legislation as serving the goal of restoring the Christian nation. One issue of 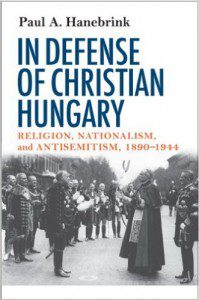 concern for church leaders was the rise of Nazi-inspired racism, particularly as it pertained to converted Jews. Clergy defended the authority of the church to define who was and was not a Christian, but they were wary of insincere conversions aimed at escaping the state’s anti-Jewish laws. “Christianity does not exist to take care of political, financial, or social inconveniences,” stated a bishop of the Reformed church. Yes, a Jew could gain entrance to the church through baptism, but earning full rights as a true member of the nation was a different matter.

For these Christians, defense of the nation and the national church took precedence over ministering to outsiders. A return to greatness was their aim. And this great nation would be a Christian nation, with traditional morality restored and the church returned to its leading role in society. Achieving that goal, these Christians acknowledged, required strong political leadership. It also required combating those who threatened the nation from within: people who promoted socialism and secularization. In 1930s Europe, these threats to the nation were the Jews – and Christians saw them as the enemy.

This story doesn’t fit well in sermons. Yet it’s one that we need to hear. Yes, stories of resisters and rescuers are inspiring. The risk, however, is that we satisfy ourselves with the knowledge that we would do the same as these heroes of the faith, if only we faced the same circumstances. Pastors must remind us that most Christians responded to the authoritarianism and oppression of the last century not with principled, courageous defiance but with calculated acquiescence.

The historical lessons in our sermons must also make clear that modern saints stood against not only the sins of the age but also the failures of the church. These revered figures often defied the clergy and church leaders of their day, and they lamented over the complacency of those who claimed to be Christian. “The contemporary church is often a weak, ineffectual voice with an uncertain sound,” wrote Martin Luther King, Jr. to the white clergy of Birmingham. “It is so often the arch supporter of the status quo.” In 1937, Slovenian poet Edvard Kocbek censured his fellow Catholics for siding with the fascists, who claimed to defend morality, order, and religion. “European Christianity is by and large imprisoned in a certain mode of social thought; the sanctification of the status quo has taken precedence over the idea of changing the world.” Dietrich Bonhoeffer came to this same realization in prison:

Reconciliation and redemption, regeneration and the Holy Spirit, love of our enemies, cross and resurrection, life in Christ and Christian discipleship – all these things are so difficult and so remote that we hardly venture any more to speak of them. In the traditional words and acts we suspect that there may be something quite new and revolutionary, though we cannot yet grasp or express it. That is our own fault. Our church, which has been fighting in these years only for its self-preservation, as though that were an end in itself, is incapable of taking the word of reconciliation and redemption to mankind and the world.

Although these three loved church and country, they recognized that the success of the church, often intertwined with the prosperity of the nation or the ruling social group, did not build the kingdom. These are the historical lessons we need to hear. Certainly, we should be inspired by the convictions and selfless action of modern saints. But we must also own up to the fact that those extraordinarily bold figures were just that: extraordinary. Compelling stories of believers standing against injustice and oppression are – unfortunately – the exception rather than the rule in the church’s 20th-century history. An accurate history lesson from the pulpit would remind us that most Christians, and their leaders, have set aside the gospel for the security of the church and the greatness of the nation.

February 8, 2017
Dance and the Church: A History More Complicated than Footloose...
Next Post 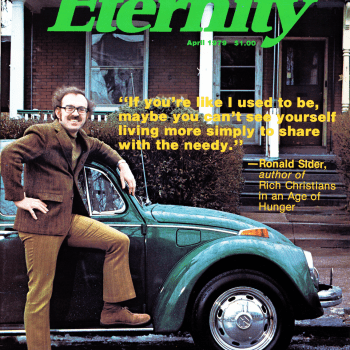