Whatever might drive them to move, migrants carry their religions with them. Yet the religions they bring to their new lands do not remain unchanged. The fact of movement itself is a powerful dynamic force in religious change, and this is nowhere more obvious than in the United States.

Migration has two critical effects on religious practice. First, it encourages people to form new communities, which tend to be religious in character; and it severs them from their homelands, which often had a special spiritual significance. Taken together, these factors stir both religiosity, and religious innovation.

The first of these points is obvious enough. Movement and migration cut individuals off from their homes and familiar social networks, driving them to seek new networks and forms of instant community. Commonly, the most important such institutions historically have been religious, whether churches, synagogues, or mosques. Believers find here opportunities for fellowship and community, but also (often) the basic necessities of welfare, education and health. Immigrants participated heavily in their churches, not necessarily because of fervent piety, but because those institutions provided the essential social, cultural and economic framework that allowed displaced communities to survive in a puzzling and often hostile land. This is where they could speak languages from home, find familiar food, where children could be taught, and where young adults find marriage partners (a major consideration). The harsher and more hostile the mainstream environment, the greater the appeal of the religious community.

Through American history, successive waves of immigration have produced many new religious institutions, which at least for the early generations are closely linked to national or ethnic loyalties. Look for instance at the closely linked religious and cultural activities of Italian and Polish Catholic churches in the first generations of migration, and how they tried to keep alive the ways of the home country. Or look at Lutheran churches in Minnesota – or Nigerian churches in contemporary Texas. As Martin Marty famously remarked in 1971, ethnicity is the skeleton of American religion.

Pittsburgh illustrates these trends. As you drive in from the east, through Monroeville and Penn Hills, you see a pair of really fine Hindu temples (Jains also have their presence, and the Sikhs have a gurdwara in the same vicinity). So why are they in this particular place? Why, because they stand near the old Westinghouse plant, which through the decades attracted Indian engineers. Later years brought Indian academics, professors and graduate students, who attended one of the region’s many institutions of higher learning – and again, mainly to study science, engineering and technology (commonly at Pitt and Carnegie Mellon). In other words, these shrines are where they are not because of the simple piety of tradition-minded peasant worshipers (excuse the stereotype!) but because of the personal and family needs of very well educated and literate immigrant professionals, who determined to bring a piece of their faith and their culture to their new home area. I make no attempt to deduce whether cultural or religious needs more dictated this choice, or if in fact you can ever separate the two motives.

In most cases, involvement in migrant churches and institutions produces a much greater degree of active religiosity than was common in the home country. This was true of Italian Catholic migrants to the United States during the early twentieth century, who came from societies with a lively streak of anti-clericalism, and in which religious life was often assumed to be a female preserve. On American soil, however, Catholic practice and identity both grew more intense. Among modern Latino immigrants likewise, the journey from Central America to the United States produces much greater religious interest and involvement than is customary at home, and the new enthusiasm resonates through both Catholic and Protestant congregations.

Migrants seek to make religious institutions a piece of home. But just suppose that, as Thomas Wolfe said, you can’t go home again? For many, the experience of migration produces religious demands that simply cannot be met within the older religious framework.

The religion of traditional societies is often intimately linked to particular places, to shrines and sacred sites, and moving to a new country obviously cuts those ties. People abandon the old sacred landscapes they knew in their rural homes, with all their saints and shrines, and a sacred year marked by religious feasts and fasts. In the cities, instead, they adopt a globalized form of modern faith, characterized by sophisticated modern media and advertising, including the most contemporary social media. Commonly, that means Pentecostal forms of worship. But whatever new believers have lost through cultural change, they feel that they have gained much. However poor in material things, they know in their hearts that they are following a pristine form of apostolic faith.

Nor is that kind of break unique to Christians. As the distinguished French scholar Olivier Roy shows, such a pattern goes far towards explaining contemporary trends in Islam. Roy relates global religious change to such megatrends as mass migration, urbanization, and modernization. He stresses how deeply integrated Islam was in traditional societies like Morocco or Pakistan, where faith was tied to particular communities and clan structures, to shrines, saints, and sacred landscapes, and to a sacred calendar. All were severed with the migration to the West, creating an Islam that was suddenly and painfully deterritorialized.

While early Muslim immigrants kept their personal memories alive, none of these traditions was available to younger generations born in Europe. Like their Christian counterparts, they lost their roots, all moorings of sacred time and place. As Roy remarks, “The religion of their parents is linked to a culture that is no longer theirs.” (How thoroughly that phrase applies to Christian Pentecostals!) Yet while losing traditional culture and faith, they find little appeal in the materialist values offered by their new host countries. They responded by turning to new forms of global Islam, often in fundamentalist guise.

But to return to the United States. Scholars often debate the origins of America’s legendary religiosity, which marks it off so sharply from comparably wealthy and advanced Europe. I believe that the country’s constant pattern of mobility and migration over long distances is a major part of the story, and one that sets the country apart from Europe. Americans are ever being uprooted and replanted. A moving and restless people is one that is ever need of stable institutions that provide community and a sense of place and tradition, and it is usually the churches and synagogues that have filled this role.

And now, America’s mosques and temples.

I’ll return to the question of defining “immigrant religion,” and when (or if) it loses that immigrant quality. 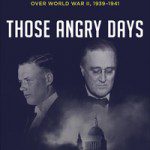