The Good Death: How Do Christians Learn to Die?

The Good Death: How Do Christians Learn to Die? March 7, 2017 Chris Gehrz

Even in the evangelical, Pietist, and Baptist circles in which I move, Lent has become ubiquitous. Protestants whose parents and grandparents found the liturgical calendar extra-biblical, if not heretical, now embrace (often quite publicly) a season of disciplined, penitential reflection on death and sin.

Perhaps that’s because, as one of our campus pastors pointed out at our Ash Wednesday service, Lent is the Christian season least susceptible to secularization or commercialization. No one’s likely to sell many greeting cards or candy hearts inscribed with the words I repeated over and over last Wednesday, as I imposed ashes on Bethel students and employees:

Dust you are and to dust you shall return.

Repent and believe the Gospel.

But it also struck me that we tend to do Lent in such a way that the emphasis lands on the second half of that sobering statement, not the first. Maybe it’s an evangelical, Pietist, or Baptist thing: we’d rather know what we can do, not linger on who we are. For whatever reason, our Ash Wednesday service was full of the language of repentance, and had substantially less to say about the other pervasive theme of Lent: death.

It probably feels different if you impose ashes on the very young, the very ill, or the very old, but it’s hard to think too concretely about death when you’re face-to-face with someone in the prime of life. After the service, I had to explain to one student that “dust you are and to dust you shall return” is simply a more poetic inversion of the preceding line in the Book of Genesis:

By the sweat of your face
you shall eat bread
until you return to the ground,
for out of it you were taken;
you are dust,
and to dust you shall return. (3:19)

To be sure, the smudged cross on our foreheads evokes hope; it’s a partial symbol, an incomplete thought resolved by Resurrection. But even for those who live in that hope, death is inescapable. 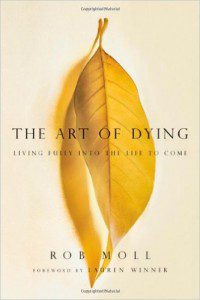 Worse yet, dying is inescapable. We will be changed “in the twinkling of an eye” (1 Cor 15:52), but for many of us, death will not come so suddenly, or mercifully. It will be preceded by longer periods of physical pain and emotional distress, by the contemplation of severed relationships and work left unfinished, and perhaps by spiritual turmoil or emptiness. And then there’s the lingering impact on family, friends, colleagues, caregivers, medical professionals…

We can celebrate with Paul that our “being given up to death for Jesus’ sake” makes the life of Jesus “visible in our mortal flesh” (2 Cor 4:11). But mortality can be hard to face.

(If I sound a different tone than usual in this post, it’s because I can’t write about this topic without thinking of loved ones: two friends who died not long ago, one after a months-long battle with cancer and the other after spending several days in an intensive care ward, incapacitated by a stroke; and my grandfather, whose body is giving out at a rate that makes it unlikely that he’ll see his ninety-fifth birthday.)

Fortunately, Christian tradition is full of wise reflection on what it means to die — and even, how do it well.

In fact, I’m treading familiar ground for longtime readers of this blog.  In May 2013, David and then-Bench-er (now university provost) Miles Mullin took turns reflecting on Christian understandings of “the good death.” Miles shared resources from authors ranging from Gregory the Great and John Donne to contemporary journalist Rob Moll. David reflected on a class visit to a monastery inhabited by casket-building Trappist monks.

But like him, I’d particularly recommend the revelatory first chapter of This Republic of Suffering, by Civil War historian and Harvard president Drew Gilpin Faust. (Or look for the associated episode of PBS’ American Experience series.) Of a conflict that took three-quarters of a million lives (recently revised upwards from the bad-enough-as-it-is number of 618,222), Faust observes that 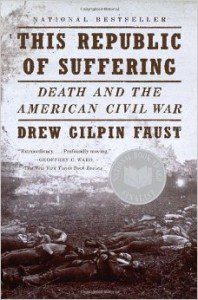 Civil War soldiers had many opportunities to die and a variety of ways in which to do so…. As men became soldiers and contemplated battle, they confronted the very real possibility of death. They needed to be both willing and ready to die, and as they departed for war, they turned to the resources of their culture, codes of masculinity, patriotism, and religion to prepare themselves for what lay ahead. This was the initial work of death.

(One more example: a year ago John shared the story of the Gaillard family, Confederates for whom “death and Christian faith were inseparable if sometimes awkward companions.”)

Like David, “I don’t want to over-romanticize premodern death,” nor “trade [modern death] for a nineteenth-century ‘good death.'” But Faust is no doubt correct that “Civil War soldiers were, in fact, better prepared to die than to kill, for they lived in a culture that offered many lessons in how life should end.” For example, Americans on both sides of the conflict read The Rule and Exercise of Holy Dying (1651), by the Anglican divine Jeremy Taylor: “His revision of the originally Catholic ars moriendi [art of dying] proved not just a literary achievement but an intellectual triumph that firmly established the genre within Protestantism.”

For Taylor, dying well was a lifelong activity. “In the church of Rome,” he scoffed, “they reckon otherwise concerning sick and dying Christians than I have done. For they make profession, that from death to life, from sin to grace, a man may very certainly be changed, though the operation begin not before his last hour….” Instead, Taylor spends nearly sixty pages advising a “General Preparation towards a holy and blessed death” before actually getting to dying itself. And this was all a sequel to his Rules and Exercises of Holy Living.

Today there is little about secular or Christian culture in this country that encourages reflection on anything like the ars moriendi. The art of dying couldn’t seem more foreign. “Once an intimate family affair,” Miles observed, “death and dying are now outsourced in America.” And Faust admitted that her readers might feel that Civil War soldiers “often seem to have been trying too hard as they sought to present evidence of a dead comrade’s ease at dying or readiness for salvation.”

Yet these soldiers’ “Victorian and Christian culture offered them the resources with which to salve [their] deep spiritual wounds.” And that’s true of Christians living through earlier chapters in the story of the church. So instead of giving up chocolate or Facebook this Lent, perhaps we postmoderns should devote ourselves to a different discipline, and spend time studying a couple of these older reflections on how Christians face death and dying. 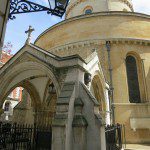 March 8, 2017 A Reasonable Reading List for Medieval Christianity: Part 1
Recent Comments
0 | Leave a Comment
"Alex Trebek is burning in Hellfire. Jesus Christ said He is the only Way to ..."
CarbonCanolli The Many Faiths of Alex Trebek
"I would not define the difference between cosmopolitan and populist in terms of intellectual prowess, ..."
Kirk Leavens Is There a “Cosmopolitan Evangelicalism?”
"As I read through this, an obvious but unstated distinction kept coming to my mind:-- ..."
AHH Is There a “Cosmopolitan Evangelicalism?”
"Thank you again for your kind comments!"
philipjenkins George Herbert, Little Gidding, and Virginia
Browse Our Archives
get the latest from
Anxious Bench
Sign up for our newsletter
POPULAR AT PATHEOS Evangelical
1