If, after my last post Did Medieval Christians Know Jesus?, you realized you had no framework for understanding the Investiture Controversy, Fourth Lateran Council, or even transubstantiation; or, while eating a stack of pancakes for dinner last Tuesday (Fat Tuesday), you realized you had no idea why you were doing so; or, maybe, as one of my readers commented, it never occurred to you to realize that medieval Catholicism was different from modern Catholicism (stay tuned!); or, perhaps you totally embarrassed yourself by telling a co-worker she had dirt smudged on her forehead last Wednesday (Ash Wednesday)…then this reading list is for you.

My goal was simple. I wanted an accessible and affordable reading list that would help an evangelical and mostly non-academic audience better understand medieval Christianity. My criteria was threefold: 1) excellent scholarship 2) accessible to non-academics 3) affordable. While academics (especially those of us working in ancient and medieval history) may not blink an eye about books costing upwards of $40 and $50 (heck--my first book costs $90–very sorry), I know most folk are more price conscious and so I tried to keep the price tags as low as possible. I also decided to break the reading list into two sections. This first section is scholars talking about medieval life and medieval Christianity in ways that I think would be especially helpful. The second section (which I will publish in two weeks) will be selections from medieval writers talking about their faith and world. Happy Reading! 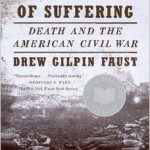 March 7, 2017
The Good Death: How Do Christians Learn to Die?
Next Post 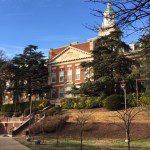 March 9, 2017 Betsy DeVos, HBCUs, and the History of Christian Higher Education
Recent Comments
3 Comments | Leave a Comment
"What a great post, Allie! Insightful and eloquent."
Ansley Every Day People in Every Day ..."
"Impressive article. Provides the necessary perspective for entering into an informed discussion about the science/religion ..."
the old scribe Science, Religion, and Nineteenth Century Protestantism
"Very helpful! Thanks! It seems history has always been used as a weapon."
Roger McKinney Science, Religion, and Nineteenth Century Protestantism
"You have done nothing to refute my point. Certainly we should do the affirmative things ..."
NorrinRadd Ron Sider and the Fate of ..."
Browse Our Archives
Related posts from Anxious Bench