Jewish-Christian Disputations in the Middle Ages

Although they were infrequent affairs, formal debates between Christians and Jews sometimes took place in the Middle Ages—even if the deck was often stacked against the Jews. For a research project, I have been reading about two of these: the Paris Disputation of 1240 and the Barcelona Disputation of 1263.

The former took place at the royal court of Louis IX in Paris in June of 1240. With assurances of protection from the crown, four leading rabbis, led by Rabbi Yehiel ben Joseph of Paris, were asked to defend the Talmud against charges leveled against it by one Nicholas Donin. A Christian convert from Judaism, Donin had sent a letter itemizing putatively anti-Christian blasphemies and other imbecilities (stultitiae) in the Talmud to Pope Gregory IX, who in turn sent letters of warning to all the monarchs of Christendom. The actual debate lasted several days, during which the rabbis presented a spirited defense against the charges. But their defeat was a foregone conclusion. Shortly after the disputation, a Christian commission, including the bishop of Paris, condemned the Talmud to be burned, and soon twenty-four carriage loads of Jewish religious manuscripts were set afire in the streets of Paris. By making more widely known the gap between Christian and Jewish belief—and by reminding European Christians that Judaism was no “Old Testament” holdover but a plucky, living tradition within Christendom–this disputation played no small role in encouraging currents of anti-Semitism that began to swell in Europe, as seen especially in activities of the Inquisition at this time.

The Barcelona Disputation of 1263 excited even greater interest. By comparison, the Paris Disputation appears more of an interrogation than a debate and thus Barcelona more fittingly perhaps might be considered a distant harbinger of modern-day interreligious dialogue. What is more, we have a more complete accounts of the 1263 debate, in Latin and Hebrew; the latter is even written in dialogue form. The debate lasted four days, July 20-24, 1263, and pitted the Dominican Pablo Christiani (a Jewish convert to Christianity) against Rabbi Moses Nahmanides, among the most learned Jewish scholars of the Middle Ages. It was organized by Raymon de Penyafort, the superior of Christiani and the confessor of King James I of Aragon, in whose royal court the debate took place. King James took a genuine interest in the affair and Nahmanides, according to the rabbi’s own account, was given “permission to speak freely.” At several points, however, Nahmandies sought to halt the discussion, worried about reprisals against the Jewish community. But the king insisted the disputation continue.

The debate turned on three topics: whether the prophesied Messiah had appeared, whether the Messiah is divine or a human being, and whether Jews or Christians held the true faith. Unlike the Paris Disputation, which, again, amounted to an interrogation, the Barcelona event witnessed a much more open and free-ranging exchange with each discussant learnedly appealing to both Jewish and Christians sacred texts to make their points. In Dominican fashion, Christiani charged that Nahmanides held an irrational, superseded faith. He also felt that even the Talmud and other classical rabbinical texts could even be enlisted to support Christianity. But Nahmanides proved hard to pin down, and the rabbi ably employed reason in his own cause. In an exchange about the Incarnation, for example, Namanides claimed that only folly could lead one to believe that “the Creator of Heaven and Earth resorted to the womb of a certain Jewish lady, grew there for nine months and was born as an infant, and afterwards grew up and was betrayed into the hand of his enemies who sentenced him to death.” Priests, he told Christiani, had “filled your brain and the marrow of your bones with this doctrine” and only from long “accustomed habit” do people believe such outlandish teachings.

Although the Dominicans claimed victory at the debate’s conclusion, Nahmandies appears to have performed excellently, as both the Latin and Hebrew accounts attest—even if the Latin account contains much that is unflattering about the rabbi. Impressed, King James awarded Nahmanides 300 gold coins and declared that never before had he heard “an unjust cause so nobly defended.” Shortly after the debate, the king even attended the Synagogue in Barcelona–something unheard of during the Middle Ages—to pay respect to his Jewish subjects.

But the Dominicans were not pleased with the outcome. One Ramond Martini in fact decided to take up the pen and wrote Pugio fidei (Dagger of the Faith), a Dominican handbook for future debates with Jews. He organized the work with the debate of 1263 in mind, specifically trying to parry the arguments made by Nahmanides and giving detailed Christian expositions of passages in the Talmud. The aggressive purpose of the Pugio fidei is clear: Dominicans were to seek out, whether in Europe or as missionaries abroad, Jews and force them into debate, attacking the heart of their teaching based on their learned study of it.

Subsequent debates took place–notably at Tortosa, Bonn, Rome, and Hanover–but for intellectual firepower and political prominence, few could rival Barcelona, which has been described by one scholar as “the greatest [intellectual] confrontation between Christianity and Judaism of the Middle Ages.”

PS-Fellow AB blogger, Philip Jenkins, called my attention to a movie version of the Barcelona Disputation, starring Christopher Lee. One can view it on Youtube: http://www.imdb.com/title/tt0090950/ 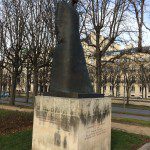 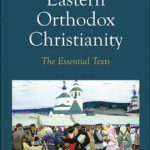 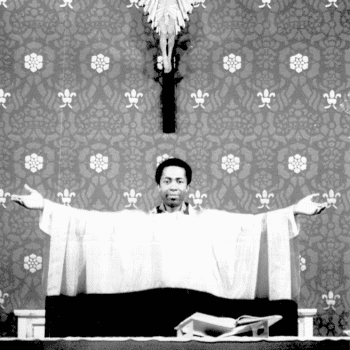