Quite regularly, the media produce claims about supposedly startling new discoveries concerning the Bible, alternative gospels, and/or Christian origins – just over the past decade, think for instance of “Jesus’s Wife” or the Gospel of Judas. A common theme in such reporting is just how astonishing and unexpected such finds are, and how their novelty would have shocked earlier generations. And in most cases, the weary academic response should properly be that actually, we have known all this stuff for a good long while, and usually for well over a century. The fact that we so often forget those earlier discoveries, and so grievously underestimate the intellectual daring of earlier generations, is in itself a significant component of the sociology of knowledge.

Let me offer some illustrations, which I will be pursuing in my next few blogposts.

Obviously, new texts and documents really do appear from time to time, and they can be informative – the Gospel of Judas is a prime example. Very rarely, though, does a new document really transform our knowledge in anything like the revolutionary way that its advocates boast. As I have written in the past, our knowledge of Gnosticism and alternative forms of Christianity (and alternative gospels) was already excellent before 1900, and new discoveries were proceeding apace long before the historic finds at Nag Hammadi in 1945. No less significant, these new insights and discoveries had a massive impact on popular consciousness long before the 1940s, through popularizations and novels, articles in major newspapers and mass circulation magazines, and even devotional works. Large chunks of the Gospel of Thomas (for instance) were well known to informed readers decades before the complete text of that work was unearthed at Nag Hammadi. (I would cite my 2002 book Hidden Gospels, or my 2015 The Many Faces of Christ).

It is difficult to think of a modern “radical” theory about Christian origins that was not pretty standard and mainstream in the decades before the First World War. So, (we heard way back then) Jesus was a New Age teacher; Jesus drew on Buddhist thought; Jesus was an Essene mystic; Mary Magdalene and other women disciples were crucial transmitters of his inner truths; the Gnostics represented alternative feminist and psychological-oriented traditions in early Christianity…. Such themes were all there in plain sight, over a century ago. So, too was the idea that Paul and/or the sinister hierarchical church suppressed all these noble truths.

To cite one example among many, it was in 1909 that Frances Swiney offered her feminist reconstruction of early Christianity, The Esoteric Teachings of the Gnostics, which in so many ways prefigures the later ideas of a scholar like Elaine Pagels. For Swiney, the Gnostics found their chief supporters among the emancipated women of the Roman empire, “early pioneers of the the liberation movement of their sex, dialectical daughters questioning the truth and authority of received opinions, earnest intellectual women.” And Jesus as Buddhist? See George Moore’s 1916 best-seller, The Brook Kerith.

There is nothing new under the sun except the scholarship (and pseudo-scholarship) we have forgotten.

By the way, throughout these columns, I will be speaking of the English-speaking world, but very much the same points apply to other cultures, especially to writings in French and German.

As I say, I have written a lot about this theme of deliberate amnesia, and how it is always rhetorically necessary to make earlier generations look more ignorant and simplistic than they actually were. For one thing, making an alleged “find” look explosive and innovative is vastly useful when you are trying to sell and publicize a book or magazine story, or peddling a television documentary. Or as I wrote in an earlier column on this theme:

When a scholar wishes to present a new discovery or thesis to a publisher or a funding agency, they don’t generally begin by saying, “Well, no, this really doesn’t break any new ground in terms of what we know about the early church, but for specialists in Coptic linguistics, it’s just heart-stopping.” Rather, the aspiring author succumbs to the inevitable temptation to proclaim just how many boundaries he or she is shattering, and how, at long last, cutting edge research is breaking the irrational taboos set by the churches and their jaded orthodoxies. We are boldly going where no Jesus Quest scholar has gone before; and we will boldly ignore any evidence to the contrary.

In the past, though, I have normally written about alternative gospels and approaches to the New Testament, especially as they flourished between (say) 1890 and 1930. In fact, these same years likewise marked astonishing breakthroughs in approaches to the Old Testament or Hebrew Bible, and often these speculations were driven by exciting new textual discoveries. As in the case of the New Testament, these new insights became very widely available in popular media, and established themselves in popular consciousness. And also as with the alternative gospels, this earlier generation of sensational discoveries involved daring ideas that we usually assign to our own time.

When we think of Fundamentalist/Modernist debates in the early twentieth century, it is salutary to remember just how very broad a range of ideas about “Bible Truth” were circulating, and in very popular mass markets. 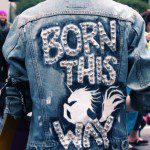 May 4, 2017
Fairness for All: A Call for Culture Peacemakers?
Next Post 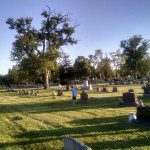 May 8, 2017 Could Protestants Reclaim Purgatory?
Recent Comments
2 Comments | Leave a Comment
Browse Our Archives
get the latest from
Anxious Bench
Sign up for our newsletter
POPULAR AT PATHEOS Evangelical
1