A Spiritual (But Not Religious) Biography of Charles Lindbergh

If you’re a devoted reader of The Anxious Bench, you might remember that I wrote a multi-part series last fall on the challenges of writing a biography. There’s a good reason for that: I was considering a biography as my next book project.

Today I’m happy to announce that I’ve signed a contract with Eerdmans to contribute to their Library of Religious Biography (LRB). Who’s the subject? Well…

“What does Charles Lindbergh have to do with Pietism?”, someone just asked.

While I was on sabbatical last fall, I was batting around some ideas with Heath Carter, the historian who edits the LRB series with Mark Noll, when he tossed out Lindbergh’s name as someone who might interest me (as a Swedish-American historian from Minnesota, if nothing else).

As it happens, Lindbergh’s name had been on my radar for a number of reasons. He’d come to mind twice in our Bethel at War digital project: like many Swedish-Americans, his father was a staunch opponent of U.S. participation in a world war, a position that Lindbergh himself famously repeated. Last summer, I took our kids to visit the Lindbergh House in Little Falls, Minnesota, so when we home-schooled them out east, Isaiah did a report on the Spirit of St. Louis during our visit to the National Air and Space Museum. (He also pointed out Lindbergh’s portrait when we visited the Wright Brothers memorial at Kitty Hawk, North Carolina.)

But a spiritual biography? If you’re like everyone I’ve talked to so far, you’ve reacted with an initial mix of immediate recognition — I already know Lindbergh’s story — followed quickly by confusion — Was he religious?

Here’s part of my proposal to Eerdmans:

On May 21, 1927, 150,000 spectators gathered at Paris’ Le Bourget Field to see the first man to fly solo across the Atlantic Ocean. At first, they had no idea what Charles A. Lindbergh looked like and grabbed another man by mistake. But within days, the young Minnesotan would be so famous that he could scarcely appear anywhere in public without being mobbed.

Alluding to Lucky Lindy’s abrupt ascent from Midwestern anonymity to global celebrity, an early biographer called him “the famous unknown.” Thanks to that 1927 flight, his pioneering contributions to fields as diverse as passenger air travel, environmental protection, and heart surgery, his family’s tragic role in “The Crime of the Century,” and his controversial dalliances with Nazi Germany, Charles Lindbergh may have been the most famous American of the 20th century.

But even forty years after his death, at least one aspect of his life remains largely unknown: his spirituality.

Consider just one forgotten chapter in Lindbergh’s life: his experience of World War II. Having steadfastly opposed American participation in a war that he thought would bring down “Christian civilization,” Lindbergh went on to fly combat missions in the Pacific. He carried just one book with him: the New Testament. But reflecting later on the seemingly senseless violence of war, he admitted to questioning “the extent of God’s power… the very existence of God… Maybe God can’t be reached by worldly measures; maybe He prefers no shape, no tangibility at all.” Stunned by the destruction of Hiroshima and Nagasaki, Lindbergh then wrote a book that warned against scientific discovery uprooted from the ethical guidance of Jesus and other religious teachers. (“Antiseptic Christianity,” scoffed the reviewer for Time magazine.)

An apostle of technological progress who embraced ancient teachings, an agnostic whose tombstone bears the words of Psalm 139, Lindbergh grew into a deeply spiritual man who still scorned the organized religion he had experienced as a politician’s son in a small town. As such, he would make for a fascinating, timely addition to the list of 20th century Americans already included in Eerdmans’ Library of Religious Biography. An adherent of neither the “old-time religion” of Aimee Semple McPherson nor the iconoclastic skepticism of H.L. Mencken, Lindbergh is best understood as a representative of the growing population of Americans we now refer to as “spiritual, but not religious.”

So that’s what I’ll be doing for the next three years, writing a spiritual (but not religious) biography of Charles Lindbergh.

Expect occasional posts here as that project takes shape. Eventually I’ll be digging into the Lindbergh papers at Yale University and the Minnesota Historical Society, but the rest of 2017 will be dedicated to catching me up to speed on the history of aviation and the place of the non-religious in American religious history. (Especially on the second topic, I’d welcome suggested readings.) And I’ve started leafing through the many published diaries of Lindbergh’s equally fascinating wife, Anne Morrow.

Meanwhile, if you want to learn more about Lindbergh… They don’t emphasize his spirituality or views of religion, but I do recommend earlier biographies by A. Scott Berg (the first written with full access to the Lindbergh papers) and Joyce Milton (a dual biography of Charles and Anne).

Cross-posted at The Pietist Schoolman 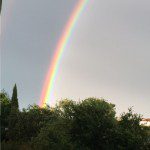