Christian Responses to Lindbergh: “The Recrudescence of Paganism”

Why write a spiritual biography of Charles Lindbergh? I think the first seed of that idea was planted back in graduate school. For a seminar on World War I, we read Modris Eksteins’ cultural history Rites of Spring: The Great War and the Birth of the Modern Age. The book’s third act begins with Lindbergh’s historic solo flight across the Atlantic. Arriving at Paris’ Le Bourget Field on the night of May 21, 1927, Lindbergh was swarmed by at least 150,000 fascinated spectators. Among them was the American war vet and expat publisher Harry Crosby, whose stream of consciousness recollection ended on a frankly messianic note:

…C’est lui, Lindbergh, LINDBERGH! and there is pandemonium wild animals let loose and a stampede towards the plane and C[aresse, his wife] and I hanging on to each other running people ahead running people all round us running and the crowd behind stampeding like buffalo and a pushing and a shoving and where is he where is he Lindbergh where is he and the extraordinary impression I had of hands thousands of hands weaving like maggots over the silver wings of the Spirit of Saint-Louis and it seems as if all the hands in the world are touching or trying to touch the new Christ and that the new Cross is the Plane…

“Parisians craved to see him,” (under)states Eksteins after quoting Crosby. “They wanted to acclaim him, touch him, hoist him on their shoulders, worship him.”

And if that last verb slipped past you on first reading, Eksteins comes back to it four pages later: “What nerve had Lindbergh struck in the sensibility of the western world? He was literally worshipped and adored.”

Much as I want to explore Lindbergh’s life, I’m also interested in how more religious (not just spiritual) Americans responded to it. As you might expect, the adoration and worship of a “new Christ” scandalized some Christians.

Writing in the Methodist newspaper The Christian Advocate that December, journalist Silas Bent lumped Lindbergh together with baseball star Babe Ruth and heavyweight boxers Jack Dempsey and Gene Tunney: popular “demi-gods” who all served as “outstanding instances in this year of our Lord of the recrudescence of paganism.” That is:

…the worship of the flesh in manifestations of strength, beauty, daring, and skill, as contrasted with that moral scrupulousness which, upholding the freedom of the conscience, associates love of the body with original sin. I am not a moralist, and have no doctrine to inculcate; but I am interested in the American scene, and I think that the growth of paganism as a part of that scene is demonstrable.

Bent warned that “the populace was stimulated to deify Lindbergh by the daily press, which serves as a Bible to a great part of it.” While he also blamed the government for fostering such views of Lindbergh (“For your Uncle Sam does not hesitate to exploit paganism when it serves his purposes”), Bent’s chief target was the media: “It is apparent that the newspaper editor and reporter are the high priests in the hierarchy of American paganism.” Indeed, earlier that year coverage of Lindbergh featured in Ballyhoo, his book-length critique of the newspaper industry.

Bent even blamed declining rates of Protestant church membership on media coverage of “demi-gods” like Lindbergh and Ruth. Quoting Harry Emerson Fosdick’s claim (from a sermon earlier that fall) that “A Christianity that compromises with popular morality instead of challenging it has lost its reason for existence,” Bent concluded: “This, I venture to believe, comes nearer the root of the falling off in church growth; for the popular morality of to-day is a newspaper-bred and newspaper-stimulated paganism.”

But Bent’s was a minority opinion, at least judging by the letters to the editor published two weeks later. “We need heroes!”, wrote a woman from Baltimore, inspired that “in this age of ‘taking our ease’ there was left one young man who ‘counted his life not dear unto himself’ as he strove to do the impossible thing….” (So Lindbergh didn’t just evoke Jesus, but Paul.) Astonished that anyone would compare Tunney, Dempsey, and Ruth to Lindbergh, “who is as fine a Christian young man as this or any other country ever produced,” a man from Washington, DC demanded a formal apology from The Christian Advocate.

The editors didn’t quite oblige, but they reminded readers that their publication had already praised the aviator effusively:

Nothing that Colonel Lindbergh has done since the accomplishment of his inspiring feat has lessened in the slightest degree the glowing admiration which we then expressed not only for his skill and courage and daring, but for his extraordinary modesty, simplicity, generosity and manliness, displayed under most unusual conditions. We believe that in that editorial was expressed the general feeling of our Methodist people, and that nothing that Mr. Bent has said or suggested will change their mind.

The following month, The Christian Advocate published a response to Bent by Florence Emily Cain, a former YWCA worker and hymn writer. Then handling publicity for Stetson University, she tried to redeem the public’s response to Lindbergh:

“Modesty,” “simplicity of character,” “courtesy,” “graciousness,” “unselfishness,” “filial devotion”—these were the words which crowded crime and scandal off the front pages of our newspapers for weeks on end. These were the things over which we went wild with delight. And if the use of the words “idol” and “worship” are disturbing to some earnest minds, may it not be put down to poor selection of English rather than an error of spirit? Did not our Master tell us that the spirit was more important than the letter. [sic] If we say “Rah, rah, rah” instead of “Hallelujah,” it does not necessarily mean that we are any the less thankful to Almighty God, the giver of every good and perfect gift.

Before Cain was done, Lindbergh had again been compared to Christ:

This article is not written in defense of Lindbergh, which would be superfluous. It is not written even in defense of us, his millions of admirers. But the writer, who is not a theologian, but merely a humble follower and an increasingly enthusiastic admirer of Jesus Christ, does wish, in the name of “whatsoever things are true” [Phi 4:8], to register the strongest protest of which she is capable against the attitude which, in the name of religion, sees evil in what is so beautifully good. Jesus met this attitude among the religious leaders of His day and His words on the subject are recorded in Matthew 12. 24-37. It is exceedingly depressing and disheartening to find such an attitude given the sanction of publication in a religious paper of the standing of The Christian Advocate.

As we’ll see in my next post, similar praise for “the new Christ” was frequently to be heard from Christian pulpits in 1927.

Thanks to Baylor grad student Paul Putz for sharing these articles from The Christian Advocate, which he had come across during his own research.

June 26, 2017
“To Unite All Religion Against Irreligion”
Next Post 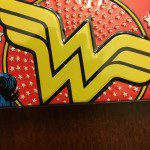 June 28, 2017 Wonder Woman and Complementarianism
Recent Comments
0 | Leave a Comment
"And yet there is not 1 place or word in the Bible that condemns abortion ..."
KDNDLKJ Why Do White Christians Find It ..."
"Forced birth is not the same as pro-life. The unborn are easy to love, easy ..."
JamieHaman Why Do White Christians Find It ..."
"Perhaps a more generous interpretation of the actions of this pastor could be that he ..."
AHH The Cost of Staying Silent
"Wasnt Pauls point in Romans 14 about eating meet or not that both sides should ..."
Roger McKinney The Cost of Staying Silent
Browse Our Archives
get the latest from
Anxious Bench
Sign up for our newsletter
POPULAR AT PATHEOS Evangelical
1