Elie Wiesel died one year ago at the age of 87. A ghastly genocide, one that destroyed millions of Jews, gypsies, and gays, should have killed him seven decades earlier. But he survived and became a witness who wrestled with existential questions about life, death, humanity, and God.

Wiesel’s Job-like wrestling with God is, in fact, one of the key motifs of his memoir Night. The narrative begins with a description of a youth’s easy faith in God. He is tutored in the ways of Jewish mysticism by Moshe the Beadle. They sing, pray, weep, chant, and study the Talmud. Moshe, he wrote, drew “me with him into eternity, into that time where questions and answer would become one.”

But that faith was destroyed at Auschwitz. Not all at once—his faith welled up intermittently. But the unrelenting horrors of the Holocaust inverted his once-dependable moral world as order turned to chaos. “I had ceased to pray,” Wiesel wrote. “How I sympathized with Job! I did not deny God’s existence, but I doubted His absolute justice.”

Sometimes he was angry. He described “moments which murdered my God.” The reality of the camp led him to rebel against a religious liturgy that praised God. After observing new arrivals pray the Kaddish, a proclamation of God’s justice in the face of death, Wiesel reacted with disgust. “For the first time, I felt revolt rise up in me. Why should I bless his name? The Eternal, Lord of the Universe, the All-Powerful and Terrible, was silent. What had I to thank Him for?” While in the concentration camp, he did not fast for Yom Kippur as a faithful Jew should. “As I swallowed my bowl of soup, I saw in the gesture an act of rebellion and protests against Him.”

In the end, Wiesel was saved. His skeletal frame became human again. He went on to fame and fortune as a writer, philosopher, and conscience of the world. But Wiesel was not saved. For it would have been a mercy to die, having seen what he saw. In fact, seeing what he saw caused him to lose his irrepressible faith in God. God was not his buddy. God was not his savior. “My eyes were open,” he wrote, “and I was alone—terribly alone in a world without God.” He saw death, not life, as his salvation.

Night is not a narrative of redemption. There is no happy ending. There is only the smoke of burnt human flesh rising to the heavens. 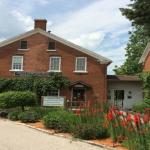 August 15, 2017
The Christian Communists of Rural Iowa
Next Post

August 17, 2017 American Pilgrims and Pilgrimage Sites
Recent Comments
0 | Leave a Comment
"Thank you! Just one thing. Is this two different approaches to one event, or is ..."
philipjenkins Books Against Books
"Hosea 1:4 is condemning the actions of Jehu (the massacre at Jezreel); whereas 2 Kings ..."
Anthony Parrott Books Against Books
"Those werent matters of personal preference as the passage makes clear. Everyone thinks their hobby ..."
Roger McKinney The Cost of Staying Silent
"When it's matters of pure personal preference, yes. But the question of the roles women ..."
Eeyore The Cost of Staying Silent
Browse Our Archives
get the latest from
Anxious Bench
Sign up for our newsletter
POPULAR AT PATHEOS Evangelical
1