I’ve been discussing the Christian church at an early stage in its development, around 200 AD. This is definitely the “early church,” long before the Council of Nicea, and the kind of precedents we find there should presumably be relevant to later generations of Christians, including Protestants. That’s important because early Fathers from this time, such as Tertullian, show how commonly the church then talked not only about a distinct class of clergy, but even referred to them as priests. The overall result looks startlingly catholic, and indeed Catholic.

Tertullian is significant in the number of times he speaks of priests and priesthood, using the Latin term sacerdos, often as a synonym for presbyter. Modern readers naturally think of a threefold distinction of bishops, priests and deacons, and see “priest” as a standard term for a lower-ranked cleric. Such a usage would have been  surprising in the time we are discussing. For Jews and pagans alike, the term priest always connoted sacrifice, usually the killing of an animal or bird at an altar, as was commonly described in the Old Testament.

Some early Christian writers had used sacrificial language in a Eucharistic context, but without any sense of those presiding as priests in any but a metaphorical sense. The first author to apply priesthood language to Christian clergy was Clement of Rome, who probably wrote about 100 AD. He was less interested in the language of sacrifice than in the notion of each group having its proper assigned place within the order, with Christian leaders occupying a place parallel to priests in the old dispensation.

Tertullian takes these arguments much further in applying those many Biblical passages to apply to Christian clergy, with the implication that the klerus constituted a special order of society like that of the Hebrew priests and Levites. In the Greek Septuagint translation of Deuteronomy, we hear of the special portion or inheritance (kleros) of those servants of God, encouraging parallels with the later Christian kleros or clergy (Deut 18). In his tract On Baptism, Tertullian writes of that ceremony: “Of giving it, the chief priest (who is the bishop) [summus sacerdos, si qui est episcopus] has the right: in the next place, the presbyters and deacons, yet not without the bishop’s authority, on account of the honor of the Church, which being preserved, peace is preserved.” Speaking of the chief bishop as the summus sacerdos recalls the Jewish high priest of old. Hippolytus spoke of the episcopal office as inherited from the apostles, “as participators in this grace, high-priesthood [archierateias], and office of teaching.”

But if those Biblical passages applied to Christian clergy as well, that implied that this Christian kleros too had the same duty to observe rules of purity as in times of old, and also the same claim to special rights, privileges and financial rewards. This meshed superbly with emerging ideas of a clerical caste or profession, which stood almost as a sacred counterpart to the profane elites of the pagan world. By the mid-third century, key Fathers like Cyprian are speaking naturally of the clergy as God’s priests or sacerdotes, as the “divine priesthood,” while bishops constitute a collegium sacerdotale. It sounds very Catholic indeed, if not highly medieval.

The “priestly” language also stirred theological speculation about exactly what the role of those priests was in the liturgy. In Tertullian’s time, the priestly language was still metaphorical, and we are still some way from medieval theories of the Sacrifice of the Mass, carried out by ordained priests. But Tertullian’s extensive writings laid an indispensable foundation for such innovations.

In a future post, I’ll talk about another innovation that shows its first signs in these years, namely clerical celibacy 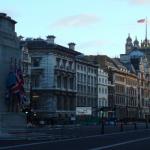