Moody Bible Institute is facing a public relations disaster. Critics have claimed that several professors teach liberation theology and reject biblical inerrancy–both no-nos in Moody’s religious orbit. Some have decried rule changes that now allow drinking and recreational gambling, often narrating these changes as a misguided attempt to secure respectability in a secular world. These exposes have left readers with the specter of Jerry B. Jenkins, author of the lauded and reviled Left Behind series, gambling in a Moody penthouse gotten through institutional “self-dealing.”

The fallout of the crisis has been swift and severe. In mid-January, Moody’s board of trustees relieved the president, provost, and chancellor of their duties. One of the whistleblowers, Julie Roys, was fired herself the day before. Even now, the school is seeking to patch its reputation back together.

Efforts to secure respectability are nothing new. As historian Tim Gloege chronicles in his groundbreaking book Guaranteed Pure: The Moody Bible Institute, Business, and the Making of Modern Evangelicalism, the Institute experienced similar tensions over its respectability over a century ago. Dwight Moody’s early ministry was modest and not particularly respectable. Gloege writes that the evangelist conducted meetings outside church walls where common laborers “could reimagine faith in terms of their workaday lives.” As the evangelist once said, “I look upon this world as a wrecked vessel. God has given me a lifeboat and said to me, ‘Moody, save all that you can.’” In those early years, he sought to save souls, not join the rarefied airs of the uppity religious hierarchy in Chicago. 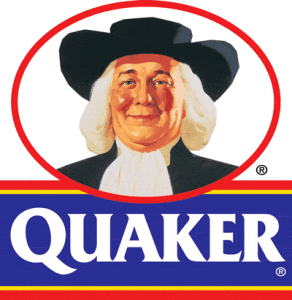 Financial difficulties at the turn of the twentieth century, however, motivated the Institute to establish a stronger constituency that would bring in dependable enrollments and donations. To do so, Henry Crowell, Moody’s board chairman, used business tools such as trademark, packaging, and promotion that he had perfected at Quaker Oats. Just as the advertising icon of the smiling Quaker vouched for a pure product sealed in a safe container, Moody guaranteed a “pure fundamentalism” that was safe for the white middle class. As Gloege writes here, “MBI maintained the Moody brand by studiously avoiding flash, fad, and controversy of any sort.”

Another way to do this was to create respectable codes of conduct at the Institute. By the turn of the twentieth century, campus standards were quite strict. Moody regulated how clean restrooms had to be. Married students who became pregnant had to “be carried away from the Institute at the time of confinement.” Students were required to wear suit coats in the dining hall because this would reinforce habits of “good breeding.” Moody required vaccinations for all employees. This was a new formulation of conservative evangelicalism meant for the bourgeoisie.

Moody Bible Institute also distanced itself from the celebrity evangelist Billy Sunday. Because some constituents liked the radical evangelist, Moody had to offer some support. But that support was muted. After all, Sunday was one of the very few evangelicals who defended “Fatty” Arbuckle after the movie star was accused of sexual assault. Sunday also cultivated an outrageous stage presence at his evangelistic crusades. He gyrated, stood on the pulpit, and slid across the platform. He preached detailed sermons on sexual sin, so explicit for the time period that twelve men reportedly fainted during one ten-minute stretch. 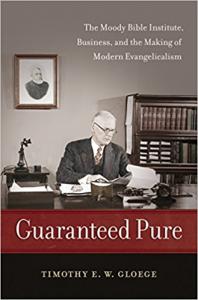 The Institute also distanced itself from faith healer John Alexander Dowie. This revivalist and social reformer preached that poor health was the result of personal sin. Eventually, seeking to recreate the communal sensibilities of the early church, Dowie set up a utopian community in Chicago called Zion. His teachings against modern medicine and in favor of faith healings, however, were controversial, and Moody’s leaders kept Dowie and other proto-Pentecostals and radical evangelicals at a distance.

The Institute also began to conform more closely to urban Victorian gender practices. It didn’t begin that way. In 1873 Dwight Moody had tapped Emma Dryer to begin the Chicago Bible Work (later called Moody Bible Institute), which was among the first colleges in Illinois to admit women. One admiring female student proclaimed that “in the matter of women’s work and sphere there was no one who was more progressive than Mr. Moody.” An Irishwoman with feminist leanings explained that her female colleagues at Moody were “seeking the truth with the free unfettered minds that the Holy Spirit imparts.” Moody, she said, “drags no one into mental slavery.”

But Moody abandoned these early egalitarian views. As time went on, Dryer was left out of leadership. By 1886, he famously called for “gap men” to reach the lost for Christ. It became clear that Moody literally meant men, not women. Women had to abandon preaching classes at the Institute for a required series of “Special Courses for Women” that covered “sewing, handiwork, cookery, home management and home nursing.” After an era in which radical evangelicals had talked about “a latter rain” in which there was no “Jew or Greek” or “male or female,” Moody abandoned this in the face of “the reigning racial and gendered social order.” According to Gloege, Moody opposed women’s rights in order to avoid controversy. Indeed, he strongly protested even a modest discussion of women’s suffrage because “he disliked to see such divisions.”

The race to respectability, apparent in its distancing from incautious evangelists, faith healing, and women’s movement, was also at work in the school’s treatment of African Americans. In my next post, I’ll describe how Moody Bible Institute, in a strategic move to shore up institutional stability, perpetuated racial segregation both in the South and at home in Chicago. 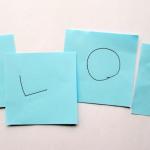 January 30, 2018
Some Thoughts on "Christian Scholars' Distribution Problem"
Next Post 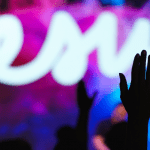