Why Evangelicals Stick with President Trump

One source of endless fascination to pundits, journalists, and scholars of American religion is the sturdy alliance between white evangelicals and Donald Trump.

There are many possible reasons for evangelicals’ bedrock support for Trump. White evangelicals have a single-minded focus on abortion and support a president who appoints pro-life justices. White evangelicals felt despised and rejected during the Obama years and warmed to a candidate who promised to protect their interests and freedoms. White evangelicals are racist and like Trump’s overt and implicit racism. All of these factors play a role.

Watching President Trump’s first State of the Union address, though, made me consider something else. At least at times, Trump’s ability to craft a message that appeals to evangelicals is spot on. He has hired some good speechwriters, who know what will resonate with evangelicals and with many other Americans at the same time.

Two examples. Toward the end of his speech, Trump introduced Ryan, Rebecca, and Hope Holets:

Last year, Ryan was on duty when he saw a pregnant, homeless woman preparing to inject heroin. When Ryan told her she was going to harm her unborn child, she began to weep. She told him she did not know where to turn, but badly wanted a safe home for her baby.

In that moment, Ryan said he felt God speak to him: “You will do it — because you can.” He took out a picture of his wife and their four kids. Then, he went home to tell his wife Rebecca. In an instant, she agreed to adopt. The Holets named their new daughter Hope.

National Review’s David French, no friend of Donald Trump, praised this as “one of the most powerful pro-life moments I’ve seen in a presidential address.” Furthermore, Trump did not leave out the religious elements of the story, as a politician might do when speaking to a national audience. No, God wanted Ryan Holets to save this unborn baby. Would a Democratic president have told the same story? Maybe, but probably not in the same way.

In the waning moments of Trump’s very long speech, he introduced his final guest, Ji Seong-ho. Here is that clip:

Certainly, I can imagine many politicians wanting to bask in the reflection of Ji’s glory. But not all would have included the reference to Ji’s conversion to Christianity. Trump’s mention of it was oblique and quick, but no evangelical Christian listening to the address would have missed it. Ji embraced Christianity, and in so doing, “he resolved to be free.”

If you have read some of my other pieces on this blog, you know that I am no supporter of the current president. Both his personal life and some of his policies are antithetical to Christianity as I understand it. At the same time, I chafe a bit at the suggestion that there are no legitimate or understandable reasons for evangelicals, Republicans, or anyone else to favor Trump. Anyone watching this week’s State of the Union speech should not be in any way surprised that so many white evangelicals not only tolerate President Trump, but very much like what he has to say. Furthermore, Trump’s rather artful courtship of his evangelical base is politically very astute. I bet it pays dividends for him if not this year, then in 2020. 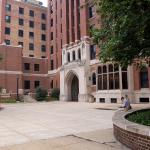 February 2, 2018 The Long, Long, Story of Groundhog Day
Recent Comments
17 Comments | Leave a Comment
Browse Our Archives
get the latest from
Anxious Bench
Sign up for our newsletter
POPULAR AT PATHEOS Evangelical
1