From the moment Donald Trump announced his candidacy for the presidency, I have deeply disliked his anti-immigrant rhetoric.

While I disagree with some of Trump’s actual policy positions (to the best I can discern them) on immigration, on many issues Christians might very reasonably disagree. Do porous borders lead to gangs smuggling unaccompanied minors into the United States? Do high levels of immigration depress wages in the United States and strain city and state budgets? And so forth. There is no single Christian position on immigration, from my vantage point.

There is, however, a Christian position on immigrants. It is to remember that an ancient people who followed our God were once aliens, exiles, and refugees.

I like the way both the NRSV and the NIV render Leviticus 19:34:

The foreigner residing among you must be treated as your native-born. Love them as yourself, for you were foreigners in Egypt. I am the LORD your God. (NIV)

The alien who resides with you shall be to you as the citizen among you; you shall love the alien as yourself, for you were aliens in the land of Egypt: I am the Lord your God. (NRSV)

Why should one treat people from elsewhere as one’s own? Because the Lord is our God, and He has commanded us to do so! Simple.

Not simple for the ancient Israelites, and the Lord isn’t exactly pro-foreigner throughout the Old Testament. If one wanted to preach a sermon against DACA, one could certainly find fodder for it. On balance, though, God’s message is quite direct. Love foreigners as you love yourself. “I was a stranger, and you welcome me,” Jesus taught.

Not simple for most American Christians throughout much of U.S. history, either. One can certainly find many examples of Christians welcoming immigrants, often mixed in with the idea of reforming and converting them. But it would be difficult to understate just how pervasive nativism has been among American Protestants. A quick glance at the 1850s or the early 1880s or the 1920s should make one not in the least surprised that a majority of American evangelicals generally support the current administration’s immigration policies.

I do not have any ready solutions to contemporary policy debates, but a few experiences have left me resolutely pro-immigrant.

Twenty years ago, I spent a year in Leipzig, Germany. Many students there were foreigners, including more than a few from Africa and the Middle East. Late one night, I was taking a street car back to my dormitory. At one stop, a group of about five Neo-Nazis boarded the street car. Leather jackets, shaved heads, probably drunk. They started chanting, Ausländer raus (foreigners out!). Nearly everyone on the bus appeared to be from somewhere else. I was afraid, and the thugs surely did not have me in mind. My fellow passengers must have been petrified. The Neo-Nazis got off at the next stop, thank goodness.

A few years ago, I was back in Germany, this time in Heidelberg. Once again, the trouble was young men on public transportation. This time, a group of Fußball fans started mocking a woman wearing hijab. For the most part, I understood what they were saying. I hope she did not.

In neither instance did I say or do anything. In the first instance, that was probably wise. I think my German would have been good enough to have told off the soccer fans, and I imagine that if I had spoken up, other passengers would have come to the woman’s defense. I feel guilty for lacking courage.

This is not to criticize Germany. Debates about Wilkommenspolitik aside, countless Germans have actively sought to make refugees in their midst welcome over the past several years.

As an American, I was immune to anti-foreigner sentiment in Germany. Indeed, Americans as travelers generally have it so easy. We get visas. We get good service. And whatever the people of other countries think about American governments, they tend to like ordinary Americans or at least act like they do.

Furthermore, in many countries people go out of their way to welcome foreigners, perhaps especially Americans and Europeans. People who have not very much are generous. They invite us into their homes. They befriend us on the street.

What does that mean? It means to extend to immigrants the same sort of compassion, understanding, and practical assistance that we would want if we were strangers in another land.

It means getting to know immigrants who live in our neighborhoods.

It means that churches should undertake new forms of “home missions” to immigrants in their communities.

For teachers, it means taking a particular interest in the international students in our classes, asking them about their experiences, and encouraging them when they encounter challenges.

I’m not suggesting that Christians should focus only on individual or congregational response and not involve themselves in finding broader solutions in accord with biblical teachings, merely that regardless of their politics, all followers of Jesus Christ are commanded to love foreigners as ourselves. 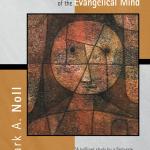 January 17, 2018
Crusade University and the Limits of Evangelical Intellectualism
Next Post

January 19, 2018 Supernatural Histories, German and American
Recent Comments
2 Comments | Leave a Comment
"Clearly it was the forces of patriarchy who sulllied the image of Mary Magdalene, and ..."
Michel Down with the Patriarchy! Remembering the ..."
"I believe this is the tip of the iceberg. Along the line, the "Church Fathers" ..."
Michel Down with the Patriarchy! Remembering the ..."
"I have often thought the same thing. Young people don't appreciate this miracle."
Roger McKinney Google’s Revolution in Historical Research
"Four Horsemen of Apocalypse -The connection of climate-related disasters to plague, pandemic, and pestilence is ..."
Epiphany Mirabeth These Are The Ways The World ..."
Browse Our Archives
Related posts from Anxious Bench