Crusade University and the Limits of Evangelical Intellectualism

Having spent the late 1950s wining and dining donors to fund Crusade University, Carl Henry made his case public in 1960. In Christianity Today, he contended that evangelicalism needed more “creative scholarship.” To compete with Catholics, mainline Protestants, and the secular academy, he proposed to establish a Christian university “of the highest academic excellence.” (See my last post, “Crusade University and the Intellectual Ambitions of Evangelicals,” for more background.) 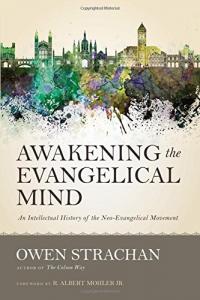 So why didn’t it happen? First, many evangelicals did not want to move resources away from traditional evangelism. To be sure, Henry’s most important collaborator, Billy Graham, cared about cultural engagement, but at base he was an evangelist. In 1960, he was not far removed from a spectacular crusade in New York City. He was beginning to draw huge crowds abroad. His financiers, the same group that could fund Crusade University, did not want him to get distracted from a career that was taking off. According to Owen Strachan, author of the fascinating Awakening the Evangelical Mind from which much of the narrative here is taken, “Graham’s businessmen backers bet strongly against the project and advised him accordingly.”

They might have backed a Bible school that trained missionaries and preachers, but Henry did not want to develop yet another Bible school. He wanted to “achieve a decisive evangelical breakthrough at the educational level.” The big guns—who included Graham, Henry, former missionary L. Nelson Bell, Wheaton College president Edman, radio commentator Paul Harvey, businessmen Maxey Jarman and Stanley Kresge, Boston pastor Harold Ockenga, and Sunoco president J. Howard Pew— could not agree on much else either (except for a doctrinal statement, amazingly).

The biggest clashes came over campus life issues. At formal meetings in 1959 and 1960, years when the founding of Crusade University seemed most possible, these dozen powerful men fought long and hard over rules for students at a college that did not yet exist.

The fundamentalists among them wanted highly disciplined standards like those of West Point. One suggested that all students rise at 5 a.m. for an hour of prayer. Holiness adherents demanded that there be no alcohol or tobacco. The so-called “neo-evangelicals” closely aligned with Billy Graham agreed, but wanted the proposed university to “be more open in respect to movies.” Reformed advisors—who included Harry Jellema of Calvin College, Gregg Singer of Catawba College, and InterVarsity Christian Fellowship’s C. Stacey Woods—opposed these high standards. “When a group forbids what God allows,” said one of them, “its next step is to allow what God forbids.” As Strachan puts it, these debates “halted what existing momentum the task-force shared.”

Henry, trying to rescue the effort, tried to employ nuance. Having stayed relatively quiet as the group debated, he finally explained that “the definition of ethics as merely the ‘boycotting’ of certain practices was immature and unformed.” That may have played well in the classroom, but not among high-powered evangelical leaders with strong opinions about smoking, card-playing, and movies.

This episode demonstrates just how diverse evangelicalism has always been. In the 1950s and 1960s evangelical boosters had very effectively created the illusion of a single evangelical identity. The rise of Christianity Today and the National Association of Evangelicals, however, masked the reality that evangelicalism was a coalition of people with some traits in common but also with significant differences. Henry and others so remarkably succeeded in portraying a unified evangelicalism that the secular media fell over themselves to proclaim a “blossoming evangelical movement” in the 1970s and 1980s.

But its “members” found it difficult to work together. There were occasional collaborations, but many did their own thing along Anabaptist-Reformed-Pentecostal, black-white-Latino, evangelical left-religious right lines. As Strachan so aptly describes it, “Their failures—specifically, their inability to found Crusade University despite much plotting and planning—show just how big the vision was, how grand the hopes were, and how fragile the evangelical movement proved to be.” 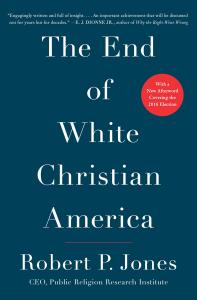 If incoherence had not derailed the project in the 1960s, the name surely would have. “Crusade University” was tone-deaf in an age of decolonization. Its name, redolent of old-style European imperialism, would not have been taken seriously by the secular academy. Nor would it have survived the strong challenge of Majority World delegates at the Lausanne Congress for World Evangelization in 1974.

For this same reason, self-proclaimed white evangelicalism in its current form may not have much of a future either. If Robert P. Jones is right in his recent book The End of White Christian America, the movement remains too tone-deaf, too right-wing, too triumphalistic, and too white.

By the mid-1960s, the Crusade University campaign had diminished considerably. There were half-hearted conversations about located the campus in Amarillo, Texas, but some worried that the Southern Baptists would get touchy about territorialism. There was talk about New Jersey and the Pacific Northwest, but those were not locations where evangelicalism was thriving. In the meantime, Graham was busy holding crusades around the country and then the world. His interest in the project flagged as others conducted intramural debates about rules and where to locate the campus. 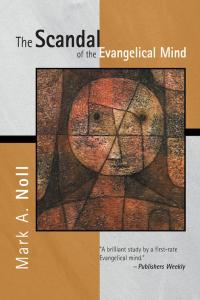 Henry’s interest, though, did not diminish. As late as 1988, Henry was still trying to drum up support for what had become “C.S. Lewis College” in his mind. He could never quite let go of one of his life’s big dreams. But by then it was far too late—and he knew it, saying, “For $10 apiece we could have done it—there are over 30 million adult evangelicals in the United States. But we didn’t and we have paid a high price.” Only six short years later, Mark Noll’s Scandal of the Evangelical Mind appeared, a damning insider account demonstrating that Henry’s overarching ambition had not been realized.

Strachan, while acknowledging the limits of Crusade University, is somewhat more laudatory of evangelical intellectualism than Noll. Citing the collaboration of the “Cambridge scholars” on publishing projects, Christianity Today, and the Evangelical Theological Society, he is considerably more optimistic than Molly Worthen, whose book Apostles of Reason suggests that Henry and company couldn’t have pulled it off even if they had tried. Evangelicals suffered from a “crisis of authority,” she writes, that led to profound “anxiety” and “animosity toward intellectual life.” Indeed, these two author’s accounts could hardly be more different. If you want whiplash, read Strachan and Worthen back to back!

January 18, 2018 Foreigners Out!
Recent Comments
5 Comments | Leave a Comment
"Impressive article. Provides the necessary perspective for entering into an informed discussion about the science/religion ..."
the old scribe Science, Religion, and Nineteenth Century Protestantism
"Very helpful! Thanks! It seems history has always been used as a weapon."
Roger McKinney Science, Religion, and Nineteenth Century Protestantism
"You have done nothing to refute my point. Certainly we should do the affirmative things ..."
NorrinRadd Ron Sider and the Fate of ..."
"When we try to prohibit behavior that many people consider, we simply drive the behavior ..."
Silverwolf13 Ron Sider and the Fate of ..."
Browse Our Archives
Related posts from Anxious Bench