(Another) Massacres of Innocents

The recent school shooting in Parkland, Florida reminds us once again about the dispiriting frequency of these tragedies. So many have happened that it is often hard to remember them individually. With this in mind, I re-post a reflection I wrote after the December, 14, 2012 shooting at Sandy Hook Elementary School in Newtown, Connecticut that killed 20 children and six adults. I wrote it in January 2013 near the Feast of Holy Innocents. Herewith:

The senseless tragedy in Newtown, Connecticut prior to Christmas continues to haunt me. We have had school shootings in this country before, to be sure, but the age of the victims puts this case, in my mind at least, in a category by itself. Too bad for public discourse that the “lesson” of this tragedy quickly became a bone of contention between those who want to limit gun rights and those who think “mental health issues” and our culture of violence bear the blame. Am I wrong when I say that most sensible people believe that this is an all-of-the-above no-brainer: some restrictions on military-grade weapons and attention to mental health questions and criticism of our violent popular culture should be part of any solution?

Americans are a pragmatic people, so perhaps they should not be blamed too harshly for immediately conceiving of the tragedy as a “problem” that needs a “solution.” In fact, I applaud this mind-set; it’s a feature of American culture that distinguishes it from many others where quiet resignation to the wheel of fortune reigns supreme.

At the same time, one can be forgiven for wishing there was more room in our culture to air the metaphysical, even theological, questions—the blaring, imponderable “whys”–that such violence invokes. But perhaps this is a burden public discourse cannot bear.

I’m on firmer ground in looking to the Church for assistance. Not surprisingly, this year I’ve paid more attention to the Feast of Holy Innocents than I have in the past. For liturgical churches, this feast day has traditionally taken place between Christmas and Epiphany; today is it customarily celebrated on December 28. The feast day arose to commemorate the infants in Bethlehem whom Herod slew (as recorded in Matthew 2) when in “furious rage” he realized that he had been misled by the Wisemen. Several traditions consider these slain children to be the first Christian martyrs. As Augustine wrote: “These then, whom Herod’s cruelly tore as sucklings from their mothers’ bosom, are justly hailed as ‘infant martyr flowers’; they were the Church’s first blossoms, matured by the frost of persecution during the cold winter of unbelief.”

The feast day first appears in the Western church in the Leonine Sacramentary, dating from ca. 485; it became a fixed day in the liturgical calendar only during the Middle Ages. Its place there aided it in becoming a recurrent theme in musical and artistic expression. One example is the so-called “Coventry Christmas Carol,” the haunting lyrics of which represent a mother’s lament for her doomed child. With numerous, anonymous medieval predecessors, early-modern painters such as Guido Reni, Pieter Bruegel, Peter Paul Rubens, and Cornelius von Haarlem took up the theme.

Depictions of the massacre vary in content and style, but a common motif shows Herod, ensconced in the arrogance of political power, on one side of the painting, separated from a throng of powerless, weeping women on the other. Between them, one sees a jumbled scene of dead and dying babies and their obedient executioners.

Neither the liturgy of the Holy Innocents nor artistic depictions of the theme attempt to “solve” the raw experience of tragedy–even as it is certainly to be understood as taking place within the larger Salvation Story. Arguably, both liturgy and art intensify the feeling of anguish. They call a spade a spade: “Look hard,” they say, “at the dead children; this is unimaginable, gut-wrenching sorrow.” But in doing so, they make us realize that there are regions of human experience that transcend the political, the practical—regions that cannot be fixed, and only beckon, plaintively and even angrily, for a theological response. They escort us from the op-ed realm of the remediable to the numinous realm of the why.

Remedies and political solutions of all sorts, of course, should be sought out after events like the Newtown shooting. As seekers of Shalom, Christians should be at the very forefront in proposing them. But we should also remember that our humanity is compromised when we ignore or subsume the theological into the political alone. The Feast of Holy Innocents and artistic renderings of the theme provide a supra-political “space” for us to ponder—simply ponder—unspeakable sorrow and our most vexing questions. They do so most compellingly when they are faithful to the biblical text, as when the Gospel of Matthew reaches back to the book of Jeremiah, and offers us only these sparse, disconsolate words:

A voice was heard in Ramah
Wailing and loud lamentation
Rachel weeping for her children;
She refused to be consoled,
Because they were no more.

February 23, 2018
Billy Graham and the Hell Bombs
Next Post 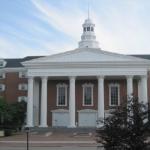 February 27, 2018 The Legacy of Billy Graham for Evangelical Intellectual Life
Recent Comments
0 | Leave a Comment
"Good luck on your new path."
Scott. F. feighner A Farewell Post
"Undoubtedly they start the story, then there is an upsurge during and after the first ..."
philipjenkins Of Empires, Faiths, and Unintended Consequences
"I believe that the impressive growth of Christianity in Sub-Saharan Africa is an indirect result ..."
Tony Of Empires, Faiths, and Unintended Consequences
"Intriguing. I didn't know that Walter Rauschenbusch was a prohibitionist! Odd, since his book,Christianity and ..."
Daniel Wilcox “Everything You Know about Prohibition Is ..."
Browse Our Archives
get the latest updates from
Anxious Bench
and the Patheos
Evangelical
Channel
POPULAR AT PATHEOS Evangelical
1