41% of Americans Don’t Know What Auschwitz Was?!?

What a dismal headline for Holocaust Remembrance Day: Americans are forgetting the Holocaust.

At least, that seems to be the takeaway from a survey released last Thursday by the Conference on Jewish Material Claims Against Germany. As publications like the New York Times reported, 41% of its respondents can’t say what Auschwitz was. Now, what actually happened is that share of respondents couldn’t answer a survey question asking if Auschwitz was an extermination camp, concentration camp, or forced labor camp. But there’s plenty of legitimately bad news in the survey: 22% of those aged 18-34 hadn’t even heard of the Holocaust, 41% of that age group (and 31% overall) thought that the Jewish death toll was 2 million or less, and just 37% of those who took the survey knew that Poland was a country where the Holocaust occurred. (In reality, it was the key country where the Final Solution was implemented, the home to Auschwitz and most of the other extermination camps.)

Now, historian Peter Shulman pointed out that American knowledge of the Holocaust has been disappointing for a few decades now. For example, a 1992 poll found that 38% of Americans couldn’t identify Auschwitz, Treblinka, or Dachau, even though 72% said it was “essential” or “very important” for “Americans to know about and understand the Holocaust.”

Maybe we shouldn’t feel any worse about American ignorance of the Holocaust. But that doesn’t mean we should feel good about it.

So let me republish a lightly edited version of what I wrote for International Holocaust Remembrance Day (January 27 – the day the Red Army liberated Auschwitz) in belated recognition of Holocaust Remembrance Day (the 27th day of the Hebrew month of Nisan). What I wrote actually fits better with Yom HaShoah, which marks the heroic uprising that took place 75 years ago in Warsaw…

Both victims and perpetrators fully understood the importance of remembering the Holocaust. Indeed, the fact that we can remember that terrible event — that you can read this post right now — is a testimony to the heroic efforts of Jews to document their own extermination… at the hands of people who expected a different interpretation of history to prevail.

This battle for the future’s view of the past concludes Peter Fritzsche’s stunning book An Iron Wind: Europe Under Hitler. He starts with the Nazis and other Germans, most of them certain that starting a world war and committing genocide placed them on the right side of history:

…as they wrote the initial drafts of the history of the victorious Third Reich, the Germans displayed little of the incomprehension that afflicts students of the Holocaust today. Germans put “loving care” into the commemoration of the “proud work” of destroying the Warsaw Ghetto.

From the moment that the Einsatzgruppen began their slaughter of Soviet Jews in the summer of 1941, they were instructed to create artifacts of their “special action”: films, photographs, placards, leaflets, etc. that “produced an archive that ‘future historians of the Third Reich’ and ‘nationalist poets and writers’ would be able to mine.” The latter category included the playwright and novelist Hanns Johst, a friend of SS chief Heinrich Himmler, who told a radio audience in July 1942 that

Not long after combat operations have been concluded, poets, novelists, and reporters will be taken to the battlefields, and tested men from the front lines will make every effort to give them a true, close-hand intimate picture of the decisions that have been taken so that no false, faded, or overly sentimental historical or aesthetically convoluted perspectives can take over these holy, solemn sites.

That task was not only for scholars and writers, as “soldiers themselves constituted an army of amateur historians and archivists.” The Wehrmacht’s love of cameras eventually supplied the evidence for the controversial 1995 exhibition in Hamburg that did so much to destroy the myth of that army’s “clean hands.” (Because of some errors, that exhibit closed in 1999, but was revised and put back on display in Berlin from 2001 to 2004.)

As the scale of violence became more clear and Germans began to recognize that they would not be writing a victor’s account of the war, they “abandoned history itself and its responsibilities and judgments” and “reconfigured themselves into powerless and passive objects amid a gigantic catastrophe that completely overwhelmed them.”

But it was too late: their hubris had already given the lawyers and justices at Nuremberg and the historians of coming decades ample evidence with which to work. “Although they faced difficulties integrating the violence into their overall accounts of German history,” concludes Fritzsche, “the perpetrators were quite straightforward about documenting the ‘final solution.’ Almost all the documentary evidence of the murders of Jews comes from the Germans themselves.”

But as importantly, the Jews themselves provided us with documentary evidence of their lives.
Embed from Getty Images

To do so took tremendous courage and faith. For many subjected to the Final Solution, Fritzsche notes, the unrelenting German advance “threatened not only to bring the history of the Jews to an end but also to hollow out history and its commemorative functions altogether. In this view, there would be no point to history if the murdered Jews were simply forgotten, if the German version of history prevailed… Oblivion threatened the history of the Jews.”

And yet, some Jewish scholars trapped in the Warsaw Ghetto decided that if their lives could not be saved, their history could be.

Most famously, historian Emanuel Ringelblum coordinated the production of a massive archive codenamed Oneg Shabbat (“Sabbath pleasure,” alluding to his group’s secret meetings on Saturday afternoons). Tens of thousands of diary entries, letters, essays, poems, interview transcripts, ration cards, posters, concert programs, paintings, sketches, and other materials were preserved in metal containers. Two of the three collections were recovered in 1946 and 1950, but the third (and largest) is still missing.

(As of last November, a selection of the recovered documents are on display at the Jewish Historical Institute in Warsaw, part of a new permanent exhibition called “What We Could Not Shout to the World.”)

“Everyone wrote,” said Ringelblum, “journalists, writers, social workers, teachers, young people and even children.” The latter were invited to participate in an essay contest. One girl wrote of feeling her mother die beside her one night: “I lay there until the morning, still clinging to her body, until a neighbor helped me lift her out of the bed and place her on the ground.” David Graber, age 19, added a farewell letter to the archive before helping to bury ten boxes in August 1942: “I would love to see the moment in which the great treasure will be dug up and scream the truth at the world… May the treasure fall into good hands, may it last into better times, may it alarm and alert the world to what happened… in the 20th Century… May history be our witness.” (Here’s a digitized image of his “last will” at Yad Vashem.) Graber was deported not long after and died in the camps.

“[I]t is astonishing,” exclaims Fritzsche in the midst of this deeply affecting chapter, “how much faith the chroniclers of the persecution had in the conscience of humanity. It was a conscience, they thought, that had to be shaken, perhaps, or screamed at, but there was nevertheless tremendous confidence that the postwar world would recognize the suffering of the Jews and exact vengeance on the perpetrators. Ghetto chroniclers repeatedly conjured up ‘future historians’ who would know how to appreciate what had been written down… Indeed, most diarists writing in the ghettos and in the underground saw themselves as chroniclers for a posterity in which humane and enlightened civilization has been restored.”

May we remember them — and the hundreds of thousands obliterated at Auschwitz — and so fulfill their faith in us. 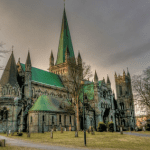