The Church of James Dobson?

Is Focus on the Family a church?

Back in 2016, Focus on the Family reportedly asked the IRS to classify the organization as a church, in order to dodge the Affordable Care Act’s contraceptive mandate and secure other regulatory exemptions.

What, precisely, does Focus on the Family gain by this reclassification? For one thing, they are exempted from retirement plan regulations, no longer are required to provide unemployment benefits, and they are “exempt from filing publicly available tax documents with the IRS and are largely protected from audits,” Blue writes.

And what makes Focus on the Family a church, rather than simply a non-profit organization?

According to their attorneys, Focus on the Family considers their 600 employees both “ministers” and members of its “congregation.” Moreover, the cafeteria—or, rather, “chapelteria”—is its “place of worship.” Jim Daly, Focus on the Family’s president, is its “head deacon and elder.” (Dobson himself stepped down from his leadership role in 2003, in part to protect the organization’s tax-exempt status as he more brazenly engaged in partisan politics). Its board of directors are “elders,” and radio listeners are “an extension of its congregation.”

What’s curious here is that throughout much of its existence, Focus on the Family took pains to make clear that they had no intention of usurping the role of the local church. As Susan Ridgely explains in Practicing What the Doctor Preached, the very first issue of Focus on the Family Magazine requested that readers not support the organization “or any other Christian organization until their obligation to their local church has been met.” Rather than displacing the church, Dobson wanted to come alongside local churches, offering weekly bulletin inserts, video series, and other resource materials that could be distributed to their members.

Even today, Focus on the Family’s website contains an article advising followers how to find a local church, suggesting that they do not intend to fulfill that role in people’s spiritual lives. (However, it’s worth noting that they define the purposes of the church as including “evangelism, edification, worship and social concern,” and omit any mention of the sacraments—traditionally a marker of the Christian church, and obviously a problematic factor when it comes to claiming their status as a church.)

In terms of religious authority, however, Focus on the Family may have a point. It’s hard to deny that the organization has wielded enormous power in defining and sustaining the religious (and political) beliefs of a large swath of American Christians. In a season in which many pastors are surprised by their own ineffectiveness when it comes to shaping their congregants’ faith commitments, they must confront the fact that the authority “parachurch” organizations like Focus on the Family wield is indeed a force to be reckoned with.

In making their case, Focus on the Family’s attorneys themselves point to both to historical evolution and historical precedent. They draw parallels to John Wesley’s “Holy Club” that morphed into the Methodist church, and suggest that so, too, is the Focus on the Family empire now coming into its own. And as far as claims that the organization’s “congregational/associational activities appear to be incidental to [its] media activities,” they counter that “The notion that a ‘church’ is simply a building where people gather to hear a sermon every Sunday is not only antiquated, but also inconsistent with the description of the church found in the New Testament.”

So, Focus on the Family rests their case on the New Testament church, on John Wesley’s Holy Club, and on the changing landscape of American religion.

Do they have a point?

Perhaps they do. With the rise of “Independent Network Christianity,” denominations and local churches are occupying an increasingly marginal ground in the world of American Christianity. But where does one draw the line? At what point does, say, Fox News qualify as a church? With a little creative thinking, the case could certainly be made.

But if everything becomes a church, at what point do churches, as traditionally defined, cease to exist? For the time being the alliance between conservative Christian churches and Focus on the Family appears to be holding strong. But much is at stake, on all sides, when it comes to how one defines churches, and which privileges and liberties churches are allotted.

Local churches and traditional denominations may wish to reconsider whether it is indeed in their best interest to accept and promote this dilution of “church” in America. They may find that attempts to stretch religious protections and privileges to such an extent may end up ultimately harming that which they most wish to protect, damaging their credibility such that they lose otherwise sympathetic allies in their battle to define and defend First Amendment rights. 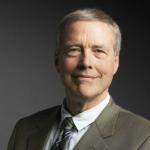 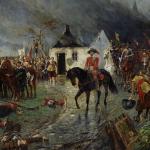 April 20, 2018 Forgetting the Thirty Years War
Recent Comments
2 Comments | Leave a Comment
"Everyone really should read the David French article referenced above. https://frenchpress.thedisp..."
Rod Bristol Survival and Resistance in Evangelical America
""as Black Lives Matter protests turned into riots"For shame. Some few BLM protests turned into ..."
guerillasurgeon Survival and Resistance in Evangelical America
"Another Münster rebellion brewing? These things are always bound for a bad end."
stefanstackhouse Survival and Resistance in Evangelical America
"I didn't know about the likely identification of the grave -- thanks for sharing that.While ..."
John Turner Supposing Him to Be the Gardener
Browse Our Archives
get the latest from
Anxious Bench
Sign up for our newsletter
POPULAR AT PATHEOS Evangelical
1