Could Donald Trump be both “the most nationalistic, and least patriotic, president in American history?”

That was Peter Beinart’s conclusion after watching Trump’s widely reviled summit with Russian president Vladimir Putin earlier this month in Helsinki. Borrowing George Orwell’s distinction between patriotism (“devotion to a particular place and a particular way of life, which one… has no wish to force on other people”) and nationalism (an essentially competitive posture that “is inseparable from the desire for power”), the Atlantic contributor concluded that Trump can demonstrate “an astonishing lack of patriotism” even as he pursues an “extreme nationalism” (in restricting free trade, limiting immigration, and weakening historic alliances) that dovetails with his personal love of power. And Trump’s unwillingness to admit Russian interference in the election that brought him to power left Beinart uncertain that America’s president “even understands the distinction between self and country upon which the concept [of patriotism] rests.”

I think that’s exactly right. You can drape Trump’s incessant campaign rallies in as many flags as you want, but he’s as obviously uncomfortable with the core ideals and expressions of American civil religion as he is with those of Christianity.

A month before Helsinki, Trump orchestrated a “display of patriotism” event meant to denigrate the patriotism of the Super Bowl-winning football players he had disinvited from the White House, falsely claiming that some had taken a knee during the National Anthem. Instead, the headline moment came when the president himself forgot how to sing “God Bless America.” Here’s how conservative writer Jennifer Rubin interpreted that fiasco:

The incident poses the same problem as most Trump-era incidents, in which what actually occurred is more ridiculous than anything you could liken it to. This is more palpably absurd than if the president had decided to declare Tuesday Good Speling day. It is like if the first lady decided that her pet issue would be stopping people from being mean to other people online. No, it is like if the president had a special event expressly to exhibit what True Patriots Singing looked like and failed to sing some of the words to “God Bless America,” a song with 47 words, nine of which are just “God bless America” repeated three times.

But what is patriotism, anyway? Is it a genuine love for country, a belief in its ideals even at personal cost, a desire to honor those who have sacrificed to keep it safe, a willingness to help it move closer to its ideals? Or is it weaponizing the symbols of your country in order to trample over human beings, and becoming very, very upset whenever a black athlete engages in political speech? So yeah, I think we can reasonably wonder if we’ve elected a president whose rampant abuse of patriotism no longer disguises his own lack of patriotism.

So even as Trump continues to take advantage of Christian nationalism, let me suggest what a Christian patriotism might look like under a president whose love of self trumps any love of country.

Patriotism as a “paradoxical entanglement”

Above all, a Christian patriotism must be a secondary love, with clear limits. The last time I broached this topic at The Anxious Bench was in the aftermath of Trump’s inauguration, when I argued that Christians should not give America (or any country) the “total allegiance” that the new president asked of them:

I don’t mean that patriotism is inimical with Christianity. Insofar as love of an imagined community like a nation can inspire the love of our complex, flesh-and-blood neighbors, it is an admirable affection….

But the love of neighbor is inseparable from our love of God, and the latter affection makes us citizens of a heavenly kingdom — one whose laws and values never coincide perfectly with those of the earthly kingdoms in which we sojourn. Inevitably, any pledge of total allegiance to a nation will bring us into conflict with our eternal allegiance to God.

As the Reformed Baptist pastor and theologian John Piper had explained in a July 2016 podcast, Christians “are exiles, sojourners, refugees ourselves in a very refugee-heightened culture.” I don’t often agree with Piper, but I think he’s right that Christian patriotism is, at best, a “paradoxical enmeshment.”

Patriotism as a way of loving our neighbors

I’m glad he allowed for the possibility that patriotic affections could be focused on something as local as a neighborhood. One of the great dangers of modern nationalism is that it demands allegiance to a vast community that is more imagined than experienced. Especially in an age of virtual relationships mediated by social media that are susceptible to the machinations of men like Donald Trump and Vladimir Putin, such a loyalty might lead to a dangerous kind of “enmeshment.”

Any Christian love of the patria must start with love of people, not love of a government or loyalty to its leader. That kind of patriotism helps us start to fulfill Christ’s command of neighbor-love by keeping close to heart those who are close at hand — even if they’re far from us in religion, politics, ethnicity, national origin, language, or anything else that might tempt us to treat our fellow citizens as our enemies.

At the same time, at least some Christians may be called and gifted to live out such love by working for the state. “The world,” the reformer Martin Luther warned, “cannot and dare not dispense with” secular government. So he advised qualified readers to fill political, legal, and even military offices, “not to avenge yourself or to recompense evil for evil” — and not, it bears adding in 2018, for personal enrichment — “but for the good of your neighbor and for the maintenance of the safety and peace of others.”

That’s always been a “paradoxical enmeshment” (and Luther loved a good paradox), but never more so (for Americans) than in the Age of Trump. Many of my Christian friends in the military, law enforcement, and other branches of government experience that tension firsthand. Some wear a uniform under a feckless administration that uses soldiers and police for photo opps, then threatens the imprudent risk of the former and enlists the latter in its war on immigrants. Others are continuing their career of government service under a presidency that squanders the decades-long work of America’s diplomats and seems to despise its own bureaucrats.

So if you’re not called and gifted to serve in this way, then at least pray for those who are. And if you’re in a position to help young people discern a call to public service and train for such careers, then do what you can to provide them with the combination of encouragement, caution, and wisdom they so badly need in this moment.

But with all due respect to those with that kind of calling, we must also recognize that a “special love or affection” for the people of a “fatherland” can easily be perverted. In his 2016 podcast, John Piper argued that “we are not aliens because Earth is a bad thing,” but because Satan “holds such extensive sway in the systems of this world that the world is permeated with sin and it makes us feel like we are not at home.” So we should not only be wary of Trump’s lack of personal character, but conscious of the ways that his covetousness, selfishness, dishonesty, and cruelty are further warping the already-flawed institutions and practices of the American republic.

Trump’s imitation of patriotism promises a return to an America that never was. But Christian patriotism means loving people as they are, and a country as it should be.

To return to Beinart’s contrast between nationalism and patriotism… In his history of American exceptionalism, John Wilsey warns that the former can violate justice, while the latter “is an expression of devotion to country that is defined by justice.” In fact, John continues:

Patriotism, according to this articulation, is understood by using the conception of justice handed down to us in the Christian philosophical tradition, especially as [Martin Luther] King [Jr.] described it in his ‘Letter [from a Birmingham Jail]’… When patriotism is rooted in justice, then it does not blind itself to the flaws and failings of the nation. Rather, patriots seek to rectify those flaws, and learn from the failures so as not to repeat them. The result of this attitude is that patriots create potential for the flourishing of the whole community.

I’m glad John noted King’s most famous epistle in that passage, for the Civil Rights Movement may be America’s best illustration of a “devotion to country that is defined by justice.” For example, three years ago Trump’s predecessor led a commemoration of those who followed John Lewis and Rev. Hosea Williams across Selma’s Edmund Pettus Bridge one Bloody Sunday in 1965. It’s simply impossible to imagine Donald Trump celebrating those civil rights activists as Barack Obama did:

As we commemorate their achievement, we are well-served to remember that at the time of the marches, many in power condemned rather than praised them. Back then, they were called Communists, half-breeds, outside agitators, sexual and moral degenerates, and worse – everything but the name their parents gave them. Their faith was questioned. Their lives were threatened. Their patriotism was challenged.

And yet, what could be more American than what happened in this place?

What could more profoundly vindicate the idea of America than plain and humble people – the unsung, the downtrodden, the dreamers not of high station, not born to wealth or privilege, not of one religious tradition but many – coming together to shape their country’s course?

What greater expression of faith in the American experiment than this; what greater form of patriotism is there; than the belief that America is not yet finished, that we are strong enough to be self-critical, that each successive generation can look upon our imperfections and decide that it is in our power to remake this nation to more closely align with our highest ideals?

Even Donald Trump can speak somewhat coherently of the sacrifices of soldiers and police. But it’s telling that he so frequently vilifies activists and journalists — patriots who know not to confuse love of a flawed country and its noblest ideals with personal fealty to a narcissist. So, much as we ought to celebrate those who express love of country through public and military service, Christian patriots should also honor love of country expressed in dissent and critique, by those who bring truth to light and speak truth to power. 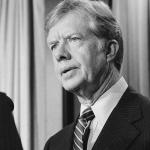 August 1, 2018 Carter's malaise speech still matters four decades later
Recent Comments
5 Comments | Leave a Comment
"There is no pluralism of ideas in science. Profs teach the latest and best in ..."
Roger McKinney Can Pluralism Work in Christian Higher ..."
"Interesting to look at what you edited in your description of "Emancipatory Maximalists": “Nothing,” they ..."
Occupy Christianity Recovering Liberal Democratic Norms in Christian ..."
"Rev Billy does actually speak with love & reverence to the birth of Jesus, if ..."
Rob VanAlkemade The Christmas Movie We Need Right ..."
"Well, I just threw the movie into the family chat to see if they want ..."
Luke Martin Shimek The Christmas Movie We Need Right ..."
Browse Our Archives
Related posts from Anxious Bench 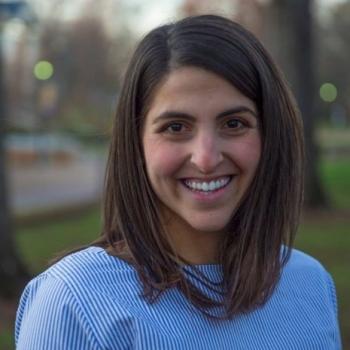