Nearly 40 years ago, on July 15, 1979, President Jimmy Carter went on national television to share with millions of Americans his diagnosis of a nation in crisis. “All the legislation in the world,” he proclaimed, “can’t fix what’s wrong with America.” He went on to call upon American citizens to reflect on the meaning and purpose of their lives together.

Carter made several specific policy prescriptions. But in a presidency animated by spirituality perhaps more than any other in American history, this speech called more generally for national self-sacrifice and humility.

At a time when political strongmen, hypernationalism, and xenophobia have risen in the U.S. and the world, Carter’s speech offers a powerful counterexample to these trends.

In 1979, Jimmy Carter was three years into his presidency. The burdens were many. Leading a divided Democratic Party, he faced a staunch and growing Republican opposition. The nation suffered from stagflation, a combination of economic stagnation and 12 percent inflation.

In 1973 the OPEC cartel, comprised mostly of Middle Eastern countries, had cut oil production and imposed an embargo against nations that supported Israel. In the late 1970s production declined again. Coupled with high global demand, this generated an energy crisis that increased gasoline prices by 55 percent in the first half of 1979.

In protest, truckers set bonfires in Pennsylvania, and Carter’s approval rating sank to 30 percent. An anxious Carter cut short his overseas trip to Vienna where he was holding nuclear-arms talks with the Soviet Union’s Leonid Brezhnev.

After a brief stop in Washington, the President retreated to Camp David for ten days. As he considered the severe and interlocking problems facing his administration, Carter read the Bible, historian Christopher Lasch’s The Culture of Narcissism, and economist E.F. Schumacher’s Small Is Beautiful, a meditation on the value of local community and the problems of excessive consumption.

He also invited representatives from many sectors of American life – business and labor leaders, teachers and preachers, and politicians and intellectuals – to consult with him. By the end of his retreat, Carter had concluded that the country faced more than a series of isolated problems. Collectively they comprised a fundamental cultural crisis.

Having cloistered himself for an unprecedented length of time, the President emerged from Camp David with great drama on July 15, 1979. In a nationally televised speech that was watched by 65 million Americans, Carter intoned an evangelical-sounding lament about “a crisis of the American spirit.”

“In a nation that was proud of hard work, strong families, close-knit communities and our faith in God, too many of us now worship self-indulgence and consumption.”

Indeed, the President’s sermon expounded at length about excess. “Human identity is no longer defined by what one does but by what one owns,” he preached. But “owning things and consuming things does not satisfy our longing for meaning.”

It was a penetrating cultural critique that reflected Carter’s spiritual values. Like the writers of the New Testament, he called out sin. Like the prophets of the Old Testament, he confessed to personal and national pride.

In the mode of theologian Reinhold Niebuhr, he noted the limits of human power and righteousness. In this moment of national chastening, he committed himself and the nation to rebirth and renewal.

This so-called “malaise speech” (though Carter never actually used the word “malaise”) was, in my opinion, the most theologically profound speech by an American president since Lincoln’s Second Inaugural Address.

For more on how the speech was received by the nation, see the original post at The Conversation. 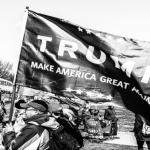 July 31, 2018
Loving America Under Its "Least Patriotic President"
Next Post 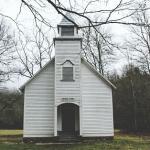 August 2, 2018 Puritan Cruelty and Quaker Suffering
Recent Comments
8 Comments | Leave a Comment
"Margaret Mead was a fraud who enthusiastically and deliberately foisted multiple untruths on the world ..."
CruisingTroll The Surprising, Spiritual Side of Margaret ..."
"Um, I am a die-hard cynical Atheist. I know that death is permanent sleep. From ..."
Christian Go Not Into The Way Of ..."
"You make a lot of good points here, especially about those "seeds.""
philipjenkins Go Not Into The Way Of ..."
"Thank you so much! If you find time to read it I hope you’ll share ..."
James F. McGrath Go Not Into The Way Of ..."
Browse Our Archives
get the latest from
Anxious Bench
Sign up for our newsletter
POPULAR AT PATHEOS Evangelical
1

Evangelical
The Danger of a Single Mennonite Story
Anxious Bench

Evangelical
"Jesus is Not a Republican or a Democrat":...
Anxious Bench
TRENDING AT PATHEOS Evangelical

Delighted: What Teenagers are Teaching the Church About...
Kenda Creasy Dean, Wesley W. Ellis, Justin Forbes, and Abigail Visco Rusert...
view all Evangelical blogs
What Are Your Thoughts?leave a comment
Copyright 2008-2020, Patheos. All rights reserved.