John Fea, in what has become a must-read age-of-Trump blog about American religion, quotes from C.S. Lewis’s Screwtape Letters in a recent post:

Let him begin by treating the Patriotism or the Pacifism as a part of his religion. Then let him, under the influence of partisan spirit, come to regard it as the most important part. Then quietly and gradually nurse him on to the stage at which the religion becomes merely part of the “cause”, in which Christianity is valued chiefly because of the excellent arguments it can produce in favour of [the cause] … Once you have made the World an end, and faith a means, you have almost won your man, and it makes very little difference what kind of worldly end he is pursuing. Provided that meetings, pamphlets, policies, movements, causes, and crusades, matter more to him than prayers and sacraments and charity, he is ours-and the more “religious” (on those terms) the more securely ours.

It’s possible that I am entirely misreading the present climate, but if one did not know anything about religion in the United States and merely relied on media coverage of contemporary politics, one would presume that evangelicalism is a political movement. A HUGE majority of evangelicals typically vote Republican, and an even HUGER majority voted for Donald Trump (just about the least Christian major-party nominee since … perhaps Richard Nixon?). [As an aside, it’s worth noting that Australia now has an openly evangelical prime minister]. The relationship between Trump and a small number of men and women whom John Fea terms “court evangelicals” receives considerable attention, as has the fact that large majorities of evangelicals support Trump’s policies on matters such as immigration. And this week President Trump hosted a dinner for his high-profile evangelicals supporters at the White House. Sadly, my invitation got lost in the mail.

So is evangelicalism a political movement? The religious arm of the Republican party? I don’t think so.

First of all, while contemporary evangelicalism began as a movement to reform fundamentalism, there is no evangelical movement today. A very brief history:

In the 1940s and 1950s, Harold Ockenga, Billy Graham, Carl F.H. Henry, Bill Bright, Henrietta Mears, and the institutions they led shaped a very conscious response to both American fundamentalism and American society. They sought to reform both. From the start, the churches and parachurch movements they led had political overtones and intentions. Their primary objective, however, was evangelism in the United States and around the world. Historians writing about evangelicalism often put politics at the center of their argument, because it makes a case for why evangelicalism matters. But despite how intensely political figures such as Graham and Bright were, their first love remained evangelism.

By the 1980s, the New Evangelicals had prevailed in their bid to reform fundamentalism. But evangelicalism was more or less finished as a coherent movement in part because the task of reforming American proved much more difficult. While figures such as Jerry Falwell, Pat Robertson, and James Dobson gained large constituencies and Billy Graham retained his, evangelicalism had far less of a center than it had in the 1950s. As D.G. Hart contended in his Deconstructing Evangelicalism, “evangelical” no longer had — and does not have today — a meaningful connection to the mid-twentieth-century “neo-evangelical” movement of disaffected fundamentalists.

At the same time, pollsters and journalists decided that a HUGE percentage of Americans were “evangelicals.” Perhaps 25%, perhaps 40% of Americans had been born again. Journalists did not necessarily know anything more about what that meant than Nicodemus, but suddenly there was a new group alongside Catholics and “mainline” Protestants. The latter group had also only recently come into existence. The funny thing about all of these evangelicals is that so few of them self-identified as “evangelical.” Many Americans, however, said “yes” when asked if they were “born again or evangelical.” Evangelical became shorthand for theologically conservative white Protestant (TCWP).

“Evangelical” doesn’t exactly roll off the tongue. I used to make my students practice pronouncing it in class. But it’s easier than TCWP.

Increasing numbers of these evangelicals / TCWPs began voting for Republican presidential candidates, both before and after Jimmy Carter.

Despite the political salience of TCWPs, most TCWPs were not unusually obsessed with politics. That was the takeaway from the sociologist Christian Smith’s 2002 Christian America? Smith and his team conducted detailed interviews of several hundred TCWPs around the United States. Smith did not argue that evangelicals were apolitical or not that interested in politics. He found that evangelicals were more politically active than many other groups of Christians, but their political views were far more diverse and complex than most journalists recognized. What Evangelicals Really Want (Smith’s subtitle) was not political dominance or the establishment/reestablishment of patriarchy. Smith argued that many non-evangelical Americans disparaged a “mythological” and false image of evangelicalism.

What about today? It would be interesting if Smith would update his findings. My hunch is that while TCWPs like other Americans are more partisan today than in 2000, most of his findings would still hold. For the vast majority of TCWPs, politics is a very secondary concern in their churches, in their Bible studies, in the causes they support.

I also suspect that high levels of evangelical support for Trump are somewhat misleading. Pew pegged TCWP support for George W. Bush in 2004 and Mitt Romney in 2012 at 78% and TCWP support for Donald Trump in 2016 at 81%. While it is surprising on some level that the vast majority of TCWPs would vote for a profane womanizer, the biggest takeaway about TCWPs and American politics is that TCWPs are increasingly wedded to the Republican Party and increasingly loathe the Democratic Party. As long as the Republican Party nominates someone who actively courts the evangelical vote, that candidate will get at least 75% of the TCWP vote.

So is evangelicalism a political movement? No. There is no evangelical movement. While some high-profile evangelicals have closely aligned themselves with President Trump, and while many “ordinary” TCWPs care about politics and have strong partisan leanings, politics remain a secondary concern for the rank and file. 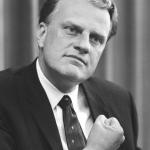 August 31, 2018 Writing and Publishing in Academe
Recent Comments
15 Comments | Leave a Comment
"You have done nothing to refute my point. Certainly we should do the affirmative things ..."
NorrinRadd Ron Sider and the Fate of ..."
"When we try to prohibit behavior that many people consider, we simply drive the behavior ..."
Silverwolf13 Ron Sider and the Fate of ..."
"Informative and interesting connections.Quelle or the “Q” source, a late 19th century proposal of the ..."
the old scribe The Story of Lazarus and the ..."
"Evidently not JohnBoy, at least not yet. A quick search of the internet indicates he's ..."
Jerry M “Ask Jesus into Your Heart”: A ..."
Browse Our Archives
Related posts from Anxious Bench