Why Kids in Kentucky Didn’t Dress Up as Pilgrims after the Civil War November 21, 2018 David Swartz

Old issues of the Jessamine Journal, my small-town newspaper in central Kentucky, feature lots of material about Thanksgiving. Dozens of articles from the 1890s extolled the delights of turkey. Editors curated were many Thanksgiving stories and poems. The Journal even reprinted Thanksgiving sermons. Curiously, however, these articles are missing something we now closely associate with Thanksgiving: the Pilgrims. In one hundred articles and images about the holiday published over the decade, I found only one that even mentions the Pilgrims.

So where are they? Historian Tracy McKenzie offers a clue. In his book The First Thanksgiving, he writes, “White southerners associated the holiday with New England, and that made it suspect in their eyes.” If he’s right, sectional rivalry explains why these old articles from Kentucky seem so strange and ahistorical, as if Thanksgiving comes out of nowhere. Southern narratives eliminated Pilgrims from the holiday’s history because they were from the North.

Indeed, northerners often encouraged the association of their region with antislavery. In the decades leading up to the Civil War, politicians endorsed the abolition of slavery in their Thanksgiving proclamations. Antislavery societies sometimes took up collections at Thanksgiving services. Abolitionists from New England connected the “Pilgrim Spirit” to John Brown’s raid in Virginia.

One frustrated writer in Richmond, Virginia, complained that “it is a common notion of New England, that it is the hub of the whole creation, the axis of the entire universe, and that when it thanks God that it is not as other men, everybody else is doing the same. . . . What a race these sycophants are!” Others, says McKenzie, thought that Thanksgiving was a holiday “invented by pharisaical Yankees to take the place of Christmas, which they self-righteously spurned.”

No wonder the Pilgrims were not invoked in Kentucky’s celebrations of Thanksgiving. After all, this was a state (a non-seceding slave state) that famously became Confederate after the Civil War ended. This was a state that tolerated the emergence of Regulators and the KKK to keep former slaves “in their place” during Reconstruction. This was also a region that conducted Indian removal. Many white Americans would have considered the prospect of Pilgrims and Native Americans (or any other race) eating together at the first Thanksgiving to be deeply uncomfortable.

How is it, then, that my own children now celebrate Thanksgiving in their Jessamine County public school by dressing up like Pilgrims? According to historian David Blight, the North and South reunified culturally and economically around 1900. The new culture of reunion downplayed sectional division, minimized the horrors of slavery, romanticized the war, and emphasized the ongoing benefits of economic trade between the two sides.

The losers in this reconciliation were African Americans. They suffered under a common opposition to black citizenship in both the North and South. White supremacy helped reunify the nation. This helps decode the puzzle of how the Pilgrims—the original, purest, whitest-of-white Americans—came to be honored in Kentucky. Because of a “willful amnesia” that minimized the depth of the issues that had earlier divided them, writes McKenzie, “white Southerners could adopt the Pilgrims as honorary ancestors.”

November 22, 2018 Thanksgiving, Gratitude, and Augustine
Recent Comments
1 Comment | Leave a Comment
"Intriguing. I didn't know that Walter Rauschenbusch was a prohibitionist! Odd, since his book,Christianity and ..."
Daniel Wilcox “Everything You Know about Prohibition Is ..."
"My mother was a Baptist preacher's daughter, born in 1935. She used to "play church," ..."
Jon Altman What I Learned from Designing Women ..."
""Bernice reminds Reverend Nunn that for every time Paul seems to silence women, Paul elsewhere ..."
Rick What I Learned from Designing Women ..."
"We (the Lutheran World Federation) condemn Luther's antisemitism and have asked forgiveness from the world's ..."
Harvey James Johnson What Is a Heretic?
Browse Our Archives
get the latest updates from
Anxious Bench
and the Patheos
Evangelical
Channel
POPULAR AT PATHEOS Evangelical
1 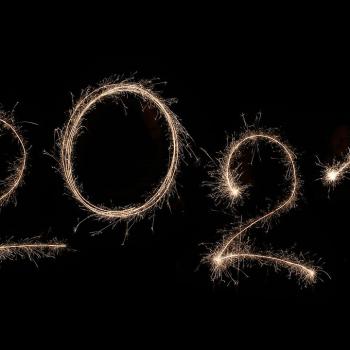