In Search of Crypto-Jews, Again

The Atlantic just published a potentially important piece called “The Genetic Legacy of the Spanish Inquisition” by Sarah Zhang. I am not saying outright that the article (and the research it reports) are wrong. But I think I see gaping holes in the evidence, at least as it was presented. Among other things, this suggests some issues in applying genetics to the study of history.

Some years ago, researchers claimed to find evidence of “crypto-Jews” in the Americas, most conspicuously in New Mexico. The story was that many Jews had undergone forced conversion in Iberia, becoming conversos, and had subsequently emigrated to the New World. Here, they maintained their religion clandestinely. I have posted on this elsewhere, but let me just say that I (and others) am skeptical of many of the stories. There is absolutely nothing impossible about the accounts, and matters might have gone forward very much like this; but we have to be very aware of problems of confirmation bias. Some researchers really, seriously, wanted to find crypto-Jews, and were determined to find supporting evidence.  Meanwhile, old established Hispanic families were delighted to have this romantic and noble ancestry attributed to them. In some cases, Latino people were extremely pleased to have these roots to claim, as opposed to Indian or mestizo predecessors. But in reality, we can often see how some of the alleged signs of that crypto-Judaism can actually be traced to the evangelistic activity of Old Testament-oriented evangelical sects in those regions a few decades back.

Whatever the reason, “Sephardic ancestry” has been quite widely claimed, in very much the same way that many white Americans love to locate a Cherokee princess in their ancestry. And in both cases, it ain’t necessarily so.

Sarah Zhang’s piece aims to give a firm genetic foundation to these Sephardic claims, declaring that “As Spain simultaneously persecuted its Jews and expanded its colonies in the Americas, conversos secretly came over to the New World. Their legacy lives on in DNA.” She quotes a major comparative study that finds the following:

Chacón-Duque and his colleagues pieced together the genetic record by sampling DNA from 6,500 people across Brazil, Chile, Colombia, Mexico, and Peru, which they compared to that of 2,300 people all over the world. Nearly a quarter of the Latin Americans shared 5 percent or more of their ancestry with people living in North Africa and the eastern Mediterranean, including self-identified Sephardic Jews. DNA alone cannot prove that conversos were the source of this ancestry, but it fits with the historical record. This pattern of widespread but low North African and eastern Mediterranean ancestry in the population suggests that its source is centuries old, putting the date around the early days of New Spain. In contrast, more recent immigration to Latin America from Italy and Germany in the late 19th century shows up concentrated in relatively few people in a few geographic areas.

Well maybe, and this is all quite possible. But the vision of late medieval / early modern Spain as divided solely between Christian majority and Jewish minority reflects a Mel Brooks view of the world (not, normally, that there’s anything wrong with that). But there were a great many other players on the scene.

Let’s think back to the history of Iberia over the preceding centuries. From 711 through 1492, Muslims were a significant political presence, and also major portion of the population – Arabs and Berbers both. From the eighth century through the eleventh, Muslims dominated the vast majority of the peninsula, and for much of that time, Iberia shared the same rulers as Morocco, in one trans-strait state. (See the review I wrote recently of Brian Catlos’s fine book Kingdoms of Faith). For several centuries, people traveled back and fore across the Mediterranean, traversing the vast Arab and Muslim worlds. Spanish Muslims interacted with Muslims in Egypt, and further afield in the Levant.

Within Iberia, intermarriage and interbreeding were very common, between Muslims and other communities, Jews and Christians. Muslim overlords also kept a great many infidel slaves and bred with the women, further spreading those genetic traces. Although notionally converted after 1492, many thousands of former Muslims remained in Iberia right into the early seventeenth century. Besides the (Jewish) conversos, there were also the (Muslim) Moriscos.

With all that in mind, look back at the Zhang quote about those Latinos sharing their ancestry “with people living in North Africa and the eastern Mediterranean, including self-identified Sephardic Jews.” Yes, including Sephardic Jews. But also, surely, including a great many other North African and Mediterranean folks, including Arabs and Berbers, who would have vastly outnumbered Jews. The article talks about “East Mediterranean,” but would the Arab elites of Spain in (say) the tenth century be genetically distinguishable from eastern Arab populations? Surely not. If a researcher were looking for populations to compare with modern day Latin Americans, might they find just as many linkages with (say) modern-day Moroccans as with Sephardic Jews? As to the timing of the genetic diversity noted in the study, a “date around the early days of New Spain” might be correct; but so might any time in the late Middle Ages, when Iberia still had all those Muslims.

Although there is no “Muslim DNA,” the people who followed Islam in that region certainly had their particular signature. Wouldn’t that provide a sufficient explanation for most of the genetic evidence reported here? Interestingly, Zhang’s article does not contain the words Arab, Muslim, or Berber, even in passing. She discusses conversos, but not Moriscos. Maybe we are not finding Morisco ancestry because we are not looking for it. People want Sephardic ancestors, not Moroccan.

Anyway, before speculating about Sephardic roots, surely a scientific study should somehow eliminate an alternative hypothesis that seems at least equally convincing. Does the study that Zhang quotes do this? Shouldn’t she say?

Am I missing something?

By the way, in general, genetics is a vastly promising tool for understanding history and archaeology. One of the very best books I read this year was David Reich’s splendidly mind-stretching Who We Are And How We Got Here (Pantheon 2018). 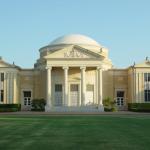 December 27, 2018
2018: The Uneasy Conscience of Modern Evangelicalism
Next Post

December 31, 2018 Why Raising Chickens Should Not Be Your New Year's Resolution
Recent Comments
0 | Leave a Comment
Browse Our Archives
get the latest from
Anxious Bench
Sign up for our newsletter
POPULAR AT PATHEOS Evangelical
1