The Amish Farmer and the Pietist Prince

In 1738 Count Casimir, ruler of the small kingdom of Wittgenstein-Berleburg, imprisoned my great-great-great-great-uncle Hermann Bender, an Amish-Mennonite farmer. The dispute—over whether Bender could keep a dog—seems almost laughable now. But it reflects important eighteenth-century realities in an era fraught with difficulties for both Anabaptists and their rulers.

In a region (located in modern-day Germany) where many rulers exiled and killed Anabaptists, Casimir’s treatment of Bender was actually quite benign. In fact, the pietist-influenced prince was deeply shaped by Nicolaus von Zinzendorf and other leaders of a Protestant renewal movement that emphasized devotional spirituality and discipleship. These associations also led the prince to practice a religious toleration ahead of his time. According one 1828 book, Casimir had expressed both “confidentially and publicly that all who were persecuted either because of religion or their opinions” could take refuge in his kingdom. Bender and dissidents of many other stripes took the prince up on his offer.

Casimir’s faith, however, clashed with the demands of princely rule. As a count, he was expected to build a beautiful castle. But as an ascetic pietist, he sought to quell his interest in the splendorous arts to focus instead on spiritual things. He also worried that he might be overtaxing his subjects, something he feared God might hold against him in the final judgment.

As a count, he was expected to reign with authority. As a Christian, he felt compelled to deal patiently and compassionately with his wife and subjects. This he struggled to do. In one passage of his diary, Casimir wrote, “I am deeply troubled that I did not ward off evil, about my wrath that went unbridled towards my wife and everybody else during the noon hour . . . My behavior was cruel, let alone Christian; it was brutish . . . Oh Thou, God of peace and unity, Lord Jesus Christ, give guidance.” Casimir was a conflicted Christian count.

Hermann Bender found himself caught between Casimir’s princely obligations and his desire to practice Christian compassion. The tension arose from a contract that the two men signed in 1731. Bender, grateful for safe refuge in the count’s kingdom, had agreed to manage and farm some of Casimir’s fields at Homrighausen in the forested mountains north of the castle. The problem was that these fields were located in prime hunting grounds, and the very animals that Casimir wanted to hunt were feeding on Bender’s crops.

Archival documents, discovered in the early 1980s by my grandfather David I. Miller in the Bad Berleburg castle, show that Casimir and Bender reached a compromise. Bender could use a dog to fend off the deer and wild boars, but it must “not harm the wild animals.” More specifically, the dog must be of small size and slowed by a “good tüchtiger” (club stick) that hung around the its neck and dangled between the legs to slow it down.

The bottom line: The prince was willing to grant religious freedom to persecuted dissidents, but they had better not mess with his recreation! Indeed, the importance of hunting to the rulers at Bad Berleburg is still apparent nearly three centuries later. When I visited the castle last month, stuffed animals—including fish, deer, elk, bear, and boar—and drawings of hunting expeditions were on display all through the castle’s interior. In fact, the Casimir’s descendants even now are reintroducing the European bison to the region.

Five years into Bender and Casimir’s arrangement, the dog compromise was not working. The wild game continued to eat his crops. And so Bender petitioned the count to be released from the contract. But Casimir was in the middle of construction to expand the size and grandeur of his castle, and the project was stretching his resources to the limit. Needing the money, he refused to grant Bender’s request.

When the Amish farmer persisted in voicing his grievances, the count responded with anger. Casimir charged Bender with acting “aus bosem Eigensinn” (out of evil stubbornness) for threatening to abandon the land. As the months passed, he fined Bender and called him a liar. Eventually, the count imprisoned him. Only after a long stretch of confinement—and after Bender’s assurance that he would not break the contract—did Casimir release him. The relationship, however, was permanently marred, and Bender and many in the Amish-Mennonite community (minus Bender’s stepson, who remained to finish out the contract) soon migrated eastward to Hesse.

It is easy, as I just did, to narrate this dispute in black and white. In the context of the violent Reformation (in which Catholics killed Lutherans, Lutherans killed Catholics, and everyone killed the Anabaptists), clean narratives are popular. One memorable version, from William Estep’s The Anabaptist Story, reads, “In the darkness the Anabaptists shone like so many meteors against the night.” Darkness and night, of course, referring mostly to Roman Catholicism.

Using this narrative approach, Bender could easily emerge as a pure, persecuted pacifist forced into prison and finally exile. In fact, his move to Hesse was yet another stop in a series of migrations, the first having taken place from Switzerland. A third migration, as persecution and economic pressures built, would take place in the late eighteenth century when next generation moved to Pennsylvania. For other Anabaptists, the search for religious freedom and arable land would lead them to Russia, Canada, Mexico, and Paraguay. There’s no question about it: Anabaptists were treated roughly.

But Anabaptists didn’t always play nicely themselves. Bender, suggests my grandfather in an article, was an entrepreneur with “an aggressive and restless personality.” Though as an Anabaptist he was not permitted to own land, he may have been quite wealthy; he certainly felt empowered enough to conduct intense negotiations with Casimir. Other early Anabaptists appear in their writings as vituperative and self-righteous prophets. Moreover, their theological pacifism obscures a “nonviolent” culture that has sometimes taken patriarchal or coercive shape. Consider the Münster Anabaptists, the sexual predation of John Howard Yoder, and a “rape culture” in some traditionalist Anabaptist communities. Sympathetic, even hagiographic, narratives of Amish and Mennonite communities overlook Anabaptist capacities for violence. How disconcerting that those who love the idea of peace still have trouble living in peace.

Moreover, the “meteors against the night” metaphor does not fully reckon with the complex realities of their big, bad Catholic, Lutheran, and Pietist persecutors. Were many of them privileged, power-hungry guardians of empire who cared more about hunting than their leaseholders? Of course. But some, like Count Casimir, also wrestled profoundly with the dilemmas of social responsibility and nurtured a serious devotional life. Catholics too nurtured revival, and even their persecution of Anabaptists, as Brad Gregory describes in Salvation at Stake, was intended to save souls by limiting the spread of heretical ideas.

There may be much to admire about the Amish farmer’s apparent pursuit of justice. But we should be circumspect about demonizing Casimir as a tyrant or romanticizing Bender as a peace-loving, proto-democratic egalitarian. 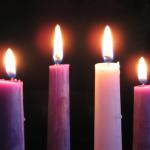 December 4, 2018
Advent: The Most Apocalyptic Time of the Year
Next Post

December 5, 2018 The Bushes and the Religious Right
Recent Comments
2 Comments | Leave a Comment
"Impressive article. Provides the necessary perspective for entering into an informed discussion about the science/religion ..."
the old scribe Science, Religion, and Nineteenth Century Protestantism
"Very helpful! Thanks! It seems history has always been used as a weapon."
Roger McKinney Science, Religion, and Nineteenth Century Protestantism
"You have done nothing to refute my point. Certainly we should do the affirmative things ..."
NorrinRadd Ron Sider and the Fate of ..."
"When we try to prohibit behavior that many people consider, we simply drive the behavior ..."
Silverwolf13 Ron Sider and the Fate of ..."
Browse Our Archives
Related posts from Anxious Bench