The American Dictator and the Lone Ranger

The American Dictator and the Lone Ranger January 25, 2019 Philip Jenkins

Last year’s terror attack in Pittsburgh highlighted the often-ignored US tradition of violent anti-Semitism. Not only is this tradition very strong, but it has peculiarly American dimensions in fringe religions, and the occult or esoteric. It was through this strand that the US domesticated many European anti-Semitic themes, including that of so-called Jewish ritual murder.

In the 1930s, one of the country’s best known anti-Semitic groups was the Silver Shirts, the Silver Legion of America, which was founded by William Dudley Pelley (1890-1965). Pelley was a publisher, magazine writer, and minor novelist, who by the 1920s had explored most of the available fringe religions. Martin Marty notes that that he dabbled with “so many movements that [he] seemed a fictional creation: Christian Science, atheism, Rosicrucianism, Theosophy, New Thought, Spiritualism, Darwinism, the occult, the Great Pyramid, telepathy, sexology, metaphysics, Emersonianism, more of conventional Christianity than he or his enemies recognized, and science of the sort later associated with extra-sensory perception.”

He had also lived in Hollywood at the height of its occult boom. In 1928, while in the mountains near Pasadena, he had an alleged near-death experience, during which he was granted visions of the after-life and the Ascended Masters. He told the world of the truths he had learned during his “seven minutes in eternity,” which was the title of an article he published in the American Magazine. As advertised in his many books and tracts, Pelley, like Christ, was a leader of the cosmic forces of Light.

Pelley was typical of the New Age sects in attempting to draw on contemporary scientific and psychological advances. Presenting mystical teachings in pseudo-scientific guise was scarcely novel: Mesmerism had claimed to be using a new form of magnetism, while spirit-rapping was presented as a kind of spiritual telegraphy. Twentieth century occult groups likewise drew on the new scientific findings of their era, at least as far as they understood them in popularized form, and this apparent ultra-modernity was part of their appeal. These sects not only accepted the concept of evolution, they imported it into the spiritual realm. Pelley dressed Spiritualism in the language of science, or at least science fiction. He communicated to his followers the messages received from his “hyper-dimensional instructor” and the other Great Souls, which he heard via the Psychic Radio.

Pelley formed a new political-religious movement, the fascist and anti-semitic Silver Legion of America, the Silver Shirts. This was “a great Christian Army fortified by the inviolable principles of the Christ.” Pelley was the “beloved Chief,” a term which could equally well refer to his role as American Führer, or as the living Secret Chief, a not-yet-Ascended Master.

The Silver Shirts were explicitly modeled on the German Nazi Party, and Pelley claimed that he was inspired to form his movement on January 30, 1933, the day Hitler became German Chancellor. But Pelley also drew ideas and images from the popular media, as this day marked the first broadcast of the radio western series, The Lone Ranger, with its heroic Rangers and the recurrent silver themes. Pelley’s followers were also Silver Rangers, and that was the title of one of his newspapers.

Whatever the origins of the idea, Pelley now focused on the Jews as the source of most evils and problems in the world, and he offered a solution based on the formation of a Christian Commonwealth, a Christ-Democracy. Pelley became the nation’s best-known figure on the paramilitary far Right, and he inspired Sinclair Lewis’s imaginary American dictator Buzz Windrip in the 1935 novel It Can’t Happen Here.

The Silver Shirts boomed in the mid-1930s, and the movement may have had up to twenty thousand members nationwide at its height in 1933-34. Support was heavily concentrated in California, Oregon and Washington, though other centers of strength were scattered across the Midwest, in Chicago, Cleveland and in the Ohio steel districts. Pittsburgh was another major center of organization, where it spawned leftist and Jewish counter-protests. Though the movement looks like a classic fascist sect, it never lost its strong occult motivation, and some adherents claimed to be less interested in the anti-Semitic rhetoric than in Pelley’s mystic revelations.

Pelley himself lived on till 1965. Many of his former adherents found their way into a new generation of ultra-Right and neo-Nazi sects, so that the Silver Shirt legacy carried n indirectly into the 1980s and beyond.

Among its many complaints against Jews, the Silver Shirts popularized the dreadful charge of ritual murder, the blood libel story that Jews ritually killed Christian children for festivals like Passover. This became a mainstay for the Legion, and in its newspapers, Liberation and The Silver Ranger.

The blood libel story is at least a thousand years old, and it does have a subterranean history in the English-speaking world. In the American context, stories can usually be traced back to the mythologies of some Christian immigrant group derived from an area where such stories were strong, particularly in eastern Europe. The American media discovered the phrase “ritual murder” in 1913, while reporting anti-Semitic trials in Tsarist Russia. In 1913 alone, and reflecting east European influences, we find domestic blood libel rumors in New York City and in Pennsylvania, in the Berks County community of Clayton. In 1919, the stories re-emerged in Fall River and Pittsfield (both in Massachusetts) and in Chicago. In Pittsfield, a young Polish boy claimed to have been dragged to the basement of a synagogue where he was to be drained of blood. In 1928, a rumored case developed in Massena, New York.

Human sacrifice tales revived in the early 1930s following an upsurge of popular anti-Semitism, at a time when Americans feared the renewal of mass Jewish immigration. For the fascist Right, the Lindbergh baby murder of 1932 was certainly a Jewish ritual murder, supposedly carried out at the Feast of Purim. Two more child murders were reported in San Diego between 1930 and 1933, both allegedly marked by the draining of blood that supposedly proved the Jewish ritual element in the crime. San Diego was a key center for the Silver Shirts.

I can’t trace many specific blood libel charges directed against Jews on US soil after that point, but I am sure they are there. In more recent times, sadly, the blood libel has developed firm roots in Arab and Muslim soil. Just last January (!!), Facebook was finally persuaded to delete its long-notorious Jewish Ritual Murder page. The Nation of Islam has also flirted with blood libel ideas, which find an echo in Louis Farrakhan’s repeated denunciations of Satanic Jews, blood-suckers, the synagogue of Satan … and on and on. That has been in the news recently because of the sickening praise heaped on Farrakhan by various leaders of the “Women’s March.” Did you know that Farrakhan was GOAT, the Greatest of All Time? Uh-huh.

I should explain my words about “blood libel charges directed against Jews.” I add that phrase because false tales of mass child sacrifice have in fact surfaced frequently in the US in subsequent years, but at least superficially detached from their anti-Semitic origins. The most notorious examples occurred during the shameful and wholly bogus Satanism panic of the 1980s and 1990s, the era of (non-existent) “Satanic Ritual Abuse.” But that is another story.

The ritual murder stories offer a fine case study for understanding one particular misuse of historical evidence. Often, you will hear about some speculative claim or allegation, with the remark that there is no smoke without fire. In other words, with so many allegations swirling around, there must be some core of truth somewhere. But for a thousand years, most Europeans, including many educated people, believed firmly and faithfully in the reality of the Jewish blood libel. So on the basis of no smoke without fire, does that mean that a lot of the charges were false, but some of them must be true? Seriously? In reality, a very great deal of smoke can be generated on the basis of no fire whatever. 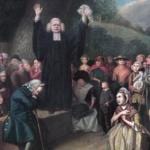 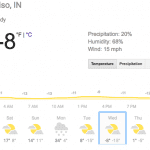 January 28, 2019 It's Cold Outside
Recent Comments
0 | Leave a Comment
"If this be true then WHY have Eastern Orthodox Christians Old Calendar to New from ..."
Pmccoy0222 Why Hagia Sophia Is Going Back ..."
"Great Article, of a little known area of the war."
J_Bob Remembering the Martyrs of the Pacific ..."
"Yikes, I had no idea this man was so incredibly corrupt and hypocritical. I wonder ..."
Dave Anfenson You Want Context? Jerry Falwell Jr.’s ..."
"This is a lot for any person to read and absorb.1- Take one day at ..."
Guthrum 4 Things I Want My Students ..."
Browse Our Archives
get the latest from
Anxious Bench
Sign up for our newsletter
POPULAR AT PATHEOS Evangelical
1