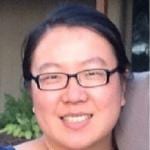 Today we welcome Mary Li Ma to the Anxious Bench. A research scholar, mission consultant, social scientist, and justice advocate, Mary has been working to bring attention to the problem of abuse within Chinese churches. She has a PhD in sociology from Cornell University and is author Surviving the State, Remaking the Church and The Chinese Exodus. Mary works extensively on issues of social justice and Christian mission in China, and writes for both public and Christian media in the Chinese-speaking world. She is currently completing a book about the experiences of Christian women in urban China, and in a few months, Mary will be launching a Safe Chinese Church website (in Chinese language), the first in Chinese-speaking Christian community. 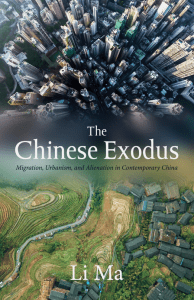 Mary Li Ma: My awareness for sexual abuse among vulnerable women in China first began while researching my second book The Chinese Exodus. What we see today as China’s economic miracle rests upon the backs of 287 million rural migrant workers. Among the over 60 million children in these migrant families who were left behind in rural villages, thousands of alleged sexual abuses were later exposed.

Then when I was doing a new project on Christian women in urban China, I heard accounts of sexual abuse within the church that were poorly handled by leaders. This made me more interested in the Me Too movement and then the Church Too movement. I wrote this article after hearing the lecture given by Rachael Denhollander at Calvin College’s January Series. Her theological reflections on justice and forgiveness struck me as core principles that can powerfully challenge the poor theology used by church leaders.

Were you surprised by its popularity?

Yes. I did not expect it to spread so fast. Within a week, it had around 27,000 views. By now, this single article is among the most-read content this Christian media site has ever had. Hundreds of readers left their comments below this article, a personal story about DenHollander. I hope readers can understand the trauma of sexual abuse and its cover-ups.

What kind of comments did it generate?

There is quite a variety of comments. Just to quote a few: Some echoed that “the church is not for displaying good deeds only, and if we do not have our voices heard bravely, maybe the next victim would be our own child.” Some people, of course, felt outrage at seeing churches become places where abusers are enabled but victims are harmed. A few began to expose similar problems in their groups. There was one person who claimed that he experienced sexual abuse before. Quite a few quoted scripture verses that denounce sexual immoralities and offered prayers for God to cleanse His church. Over all, the reception has been very positive.

The American church is in the middle of its own #MeToo/#ChurchToo moment. How would you compare what you’re seeing in Chinese churches right now?

A few years ago, Chinese churches in North America had a Me Too moment when a few women brought forward allegations against a famous evangelist Yuan Zhiming. The investigative organization GRACE was also involved. But since the topic of sex remains a cultural taboo among the Chinese, and because of the authoritarian culture within the church, Chinese Christians in general evaded this problem. There has not been any exposure of systemic sexual abuses among Chinese churches, partly because most of them are independent and non-denominational.

How would you characterize the influence of American evangelical Christianity on these Chinese churches, and how does this play into the abuse you’ve observed in these churches, or in efforts to bring justice to victims of abuse?

First, it’s important to understand some background information on churches in China. The fact is, women make up the Protestant majority (roughly 60-80 percent), and many churches grew out of Bible studies founded by women leaders. What some conservative American denominations did through mission-sending resulted in the rise of male-dominated theology. This led not only to the removal of female leaders but domestication campaigns within the church where young mothers are encouraged to stay home with children. Women with careers are seen as pursuing secular goals. These developments seem to be woven into the stories of sexual abuse that I heard among Christian women in China. When church authority structures and members’ lifestyle are overdetermined by these theological understandings, women gradually lose their voice and choice (two key terms emphasized by Rachael Denhollander in her January Series speech). And when abuses happen, it is then hard for victims’ voices to be heard.

In terms of activism, do you see efforts to expose abuse in Chinese church communities as influenced by the American #MeToo movement, or is it indigenous in its origin?

There is definitely an influence from America. Shortly afterwards, Chinese academia and NGO circles had a Me Too wave. There has not been a Church Too wave yet. I think there will be. The reason why I wrote the piece on how Denhollander challenged poor theologies is to prepare for more awakening of Christian anti-abuse activism in China. In this article, I had a list comparing some usual rhetoric of enablers with biblical thinking. But from how people around me responded to this article, I can still see the same forces of resistance, too.

You also wrote another article for the Chinese Christian media recently: “When Sexual Abuse Became a Systemic Evil: What We Learn from the Southern Baptist Convention Scandal.” Can you describe what you wrote about in this piece?

TERRITORY is probably the only Chinese Christian media that actively promotes discussions about power abuse in Chinese churches. They encouraged me to write another article on the Southern Baptist Convention scandal. In it I summarized the media reports on SBC sexual abuses, and then discussed why it can be so hard for human-designed institutions to turn around, how an internal subculture of a church can become infested with abusive tendencies, and why SBC’s Conservative Resurgence bred abuse. I discussed these issues because I see the same trend in China’s growing churches. Towards the end of this article, I quoted from one of my favorite theologians, Jacques Ellul, in his The Subversion of Christianity: “When Christianity became a power or authority, this worked against women. A strange perversion, yet fully understandable when we allow that women represent precisely the most innovative elements in Christianity: grace, love, charity, a concern for living creatures, nonviolence, an interest in little things, the hope of new beginnings—the very elements that Christianity was setting aside in favor of glory and success.”

What sort of response did it generate?

This article had over 19,000 views. I think because it is a direct critique against church institutions, more Chinese Christians hesitate about this stance. Many find it hard to criticize the church in a wholesale way. But still it had dozens of comments below the article. One particular comment says, “America has the free media to expose these, but what about sexual abuses within Chinese churches? Guess nobody wants to bring that up.” A few comments see the parallel between institution-building efforts within the growing Chinese churches and the SBC case. So this second article has generated some agitation, I think.

What do you want Americans—and perhaps American Christians in particular—to know about the Chinese church?

First, I think American Christians tend to romanticize churches in China. They tend to associate them mainly with persecution, suffering, sacrifice and faithfulness. Secondly, foreign missionaries who partner with local churches are unaware of local power dynamics that have already been in existence between church leaders and ordinary members. And due to a lack of cross-cultural sensitivity, it might be hard for foreign mission workers to distinguish enthusiasm from opportunism. Or, some foreign missionaries may have been in some way opportunistic themselves in their involvement in Chinese missionary projects, because China is becoming a large “religious market,” and the cause of helping persecuted churches in China can be very effective in fundraising from America. Thirdly, foreign missionaries can also act very paternalistically, too. (I had thought that such missionaries only lived in colonial times, but this problem never went away.) Given all these possible causes, missionaries may end up supporting, empowering, and emboldening an abusive local leadership.

March 20, 2019
Who Defines Preaching Anyway? Beth Moore and Catherine of Siena
Next Post