A New Hope For Evangelical Women 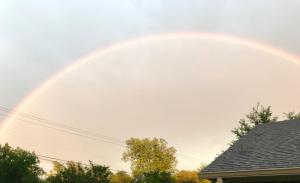 I opened the door to my car when my phone buzzed. I glanced quickly at the twitter thread on my screen before setting it down on the passenger seat. I put the keys in the ignition and shifted to reverse. But then my brain clicked. I turned the car off and picked my phone back up.

The tweets stared at me, and I stared back.

Had Beth Moore just called complementarianism misogyny? Sexism?  Had she just called it out as more about arrogance and power than following Scripture? Named it sin?

Listen to what Beth Moore said (and I am pulling several tweets together here):

“I am compelled to my bones by the Holy Spirit-I don’t want to be but I am-to draw attention to the sexism & misogyny that is rampant in segments of the SBC, cloaked by piety & bearing the stench of hypocrisy. There are countless godly conservative complementarians. So many..

There are countless conservative Complementarians I very much respect & deeply love even though I many not fully understand their interpretations of certain Scriptures as the end of the matter. I love the Scriptures. I love Jesus. I do not ignore 1 Tim or 1 Cor.

What I plead for is to grapple with the entire text from Mt 1 thru Rev 22 on every matter concerning women. To grapple with Paul’s words in 1 Tim/1 Cor 14 as being authoritative, God-breathed!–alongside other words Paul wrote, equally inspired & make sense of the many women he served alongside.

Above all else, we must search the attitudes & practices of Christ Jesus himself toward women. HE is our Lord. He had women followers! Evangelists! The point of all sanctification & obedience is toward being conformed to HIS image. I do not see 1 glimpse of Christ in this sexism.

I had the eye opening experience of my life in 2016. A fog cleared for me that was the most disturbing, terrifying thing I’d ever seen. All these years I’d given the benefit of the doubt that these men were the way they were because they were trying to be obedient to Scripture….

Then I realized it was not over Scripture at all. It was over sin. It was over power. It was over misogyny. Sexism.  It was about arrogance. About protecting systems. It involved covering abuses and misses of power. Shepherds guarding other shepherds instead of guarding the sheep.

Here is what you don’t understand. I have loved the SBC & served it with everything I have had since I was 12 years old helping with vacation Bible School. Alongside ANY other denomination, I will serve it to my death if it will have me. And this is how I am serving it now.”

Rain popped against my windshield. But when I looked out, I didn’t see the cloudy skies. I could only see the bright shining hope of Beth Moore’s words. Can you believe what she said? She called evangelical Christians to stop using only a few verses to define women’s roles. She measured complementarian gender hierarchies against the image of Jesus and found them lacking.  “I do not see 1 glimpse of Christ in this sexism,” she wrote. She admitted she did not “fully understand” complementarian interpretations of certain Scriptures (we can guess which ones…).  I frantically screen shot the twitter thread, needing proof of what she had said. And then, finally, I put down my phone and drove to the grocery store.

But I kept thinking about Beth Moore’s words. “I had the eye opening experience of my life in 2016,” she wrote. “A fog cleared for me that was the most disturbing, terrifying thing I’d ever seen.” I connected exactly with this. In 2016 my world fell apart too. I still remember the moment. I was mowing the lawn when my husband walked out into the backyard. I couldn’t hear his words over the roar of the mower, but the look on his face caused my heart to sink. “The elders just met,” he said. “They have decided to not reconsider their position on women.” The role of women wasn’t our only concern at the church, but this was the last straw. I don’t remember exactly what I said, or even if I got words out, but my husband understood me. “If we force this,” he said, “I will lose my job.” We looked at each other for several moments. I didn’t fully believe him, but he was right. Everyday I am proud of my husband for the choice he made. He told the truth, and three weeks later he was fired.

It is ironic to me that at exactly the same time the hard edge of complementarianism crushed our world, it also crushed the world of countless American women–including the world of Beth Moore.

Conservative evangelicals  elected Donald Trump to the presidency during the very same months my husband was fired. From John Piper to Wayne Grudem to Al Mohler to pastors scattered throughout the Southern Baptist and Evangelical world. The men whom Beth Moore had supported, preached alongside, served with in her denomination, and deferred to. These same men now supported a president who demeaned and trashed women.

Her tweets reveal her horror. On October 9, 2016, she tweeted: “Wake up, Sleepers, to what women have dealt with all along in environments of gross entitlement & power. Are we sickened? Yes. Surprised? No.” As the Atlantic wrote so accurately: “To Moore, it wasn’t just a matter of hypocrisy, of making a deal with the devil that would deliver a Supreme Court seat, among other spoils. Moore believes that an evangelical culture that demeans women, promotes sexism, and disregards accusations of sexual abuse enabled Trump’s rise.” She is absolutely right. Evangelical culture does promote sexism, and this enabled Trump’s rise to power.

It is ironic to me that LifeWay, just a little more than a year ago in March 2018, posted an excerpt from Beth Moore’s bible study on Esther. The article was titled “What Esther Teaches Us About Courage.” It encouraged women to not fear God’s call. It encouraged women to be ready to follow God in obedience even in difficult situations. “It’s tough being a woman thrown a giant-size weight,” admits Beth Moore. But this shouldn’t be a reason for women to back down. “At strategic times of internal war I stop and ask myself,’What if this is a critical moment? What if this very thing, this very decision is the most important piece of the puzzle comprising my purpose?…. if I made a man-ward (vs. Godward) decision, I’d be left out of a divine loop that would eventually mean everything to me.”

I think Beth Moore has decided not to be left out of the “divine loop” that means everything for evangelical women. This is our “critical moment.” And Beth Moore has stepped out in front holding her giant-size weight.

Beth Moore stands with 900,000 twitter followers. She preaches regularly to hundreds of thousands of women through her tweets, sermons, and books. If those hundreds of thousands of women stand with her, if her almost 1 million twitter followers follow her lead, Beth Moore will change the future of Evangelicalism. Complementarianism only works because women support it. If women stop supporting it,  it will be over.

“Who knows, perhaps you have come to your royal position for such a time as this.” Mordecai said these words to Esther, as every young Baptist learns in Sunday School. I can’t help but think how true these words ring for Beth Moore. Just at the moment the evangelical world came crashing down on women, Beth Moore stood up and started fighting for women.

For such a time as this? Undoubtedly so.

May 13, 2019 Jesus, Hosea, and the Third Day
Recent Comments
23 Comments | Leave a Comment
"Impressive article. Provides the necessary perspective for entering into an informed discussion about the science/religion ..."
the old scribe Science, Religion, and Nineteenth Century Protestantism
"Very helpful! Thanks! It seems history has always been used as a weapon."
Roger McKinney Science, Religion, and Nineteenth Century Protestantism
"You have done nothing to refute my point. Certainly we should do the affirmative things ..."
NorrinRadd Ron Sider and the Fate of ..."
"When we try to prohibit behavior that many people consider, we simply drive the behavior ..."
Silverwolf13 Ron Sider and the Fate of ..."
Browse Our Archives
Related posts from Anxious Bench