I have been posting a lot in recent weeks on Christ’s Resurrection, a topic that Christians should really be considering and contemplating in the forty days or so following Easter Day. That was, the New Testament tells us, the time that the Risen Jesus remained with his disciples in order to teach them, prior to the Ascension. I am particularly interested in determining how far we can reconstruct the earliest claims and ideas concerning that event. Beyond debate, the Christian church was founded on the Resurrection. What can surprise though is how interpretations of that event differ even within the New Testament itself. As I think over these ideas, I’d like to state an issue, and ask for a response. And I really am asking: this is not a rhetorical question. Here’s the question. Outside the four gospels, does any part of the New Testament refer to the idea of Christ’s empty tomb?

For modern Christians, the accounts of Resurrection are so obvious as to be beyond discussion. On the first day of the week,as everyone knows, the women found Christ’s tomb empty, the great stone rolled away, with the body gone, and shortly afterwards, they received heavenly witnesses proclaiming Resurrection – perhaps from angels, or Christ himself. All four gospels offer some such account, although Mark’s is curtailed in mid-story. All four gospel writers believed absolutely in the empty tomb theme. For most Christian apologists in modern times, that fact is overwhelming proof of the Resurrection, and the ultimate truth of Jesus’s claims. This is, so to speak, evidence that demands a verdict.

All the New Testament writings believe in Christ’s survival beyond death, in some kind of Resurrection. To the best of my knowledge, though, other than the gospels, none refers to that empty tomb story. That does not necessarily mean that they did not know the story, or did not believe it, but they did not use it anything like a modern apologist would. Why not?

Here is an interesting exercise. Do a search in the New Testament for the words “tomb” or “grave.” As we would expect, references abound in the four gospels, but then look through the whole rest of the New Testament. I see just four references, of which only two Acts passages that I will discuss shortly can even remotely be cited in the context we are talking about. (The other verses are Acts 7.16 and Romans 3.13). The specific word mnemeion (tomb or sepulcher) occurs an impressive forty times in the whole New Testament, but just one of those instances appears outside the four gospels, at Acts 13.29 – to which I will return.

The best-known silence on this issue is from Paul himself, who died in the 60s, before the writing of the first gospel. Paul’s belief system depended absolutely on the truth of Resurrection: “If Christ has not been raised, then our preaching is in vain, and your faith is in vain” (1 Cor 15:14). But he never once refers to the empty tomb. He never mentions any of the proclamations or declarations of the Resurrection that the evangelists tell us occurred at that tomb.

Plenty of other New Testament documents assert that Jesus lives, Jesus is the Christ, and has some direct and special relationship to God; but they never mention an empty tomb. For the author of Hebrews, Jesus died and now serves as a high priest before God, “the God of Peace who brought again from the dead (ho anagagon ek nekron) our Lord Jesus.” James speaks of the “Lord Jesus Christ”, but nothing specific about Resurrection or the tomb. In the Johannine epistles, Jesus is the Son of God and the Christ; but nothing about the tomb, or indeed about Resurrection.

One of the oddest examples of this silence is from Acts, which all scholars acknowledge to be by the same author as Luke’s Gospel, and in fact part of a double volume, Luke-Acts. Luke’s gospel includes the account of the empty tomb and the women (ch. 24). Yet in Acts, the same author never once cites the story. It appears only tangentially in the sermons or discourses attributed to the apostles, as they try to spread faith in the Resurrection. The most relevant passage is in Paul’s reported sermon in Acts 13:

When they had carried out all that was written about him, they took him down from the cross and laid him in a tomb. But God raised him from the dead, and for many days he was seen by those who had traveled with him from Galilee to Jerusalem.

That is the sole passage in which, as I said, we do find the word mnemeion outside the gospels. But do note that even here, in a text by Luke, there is no reference to any discovery of an empty tomb, or any of the associated stories that we know so well. If you want to read the story in the sense of a spiritual Resurrection, you are free to do so.

Trying to fill the gap, some point to the supposed parallel with David’s tomb in Acts 2.29-33, but even if that is why the phrase is used there, it’s really allusive and non-specific. The David reference makes excellent sense in the context without any reference to Christ’s tomb or Resurrection, and I simply do not think the passage should be taken in that context.

Nobody doubts that Luke-Acts are a connected series by the same author, but the two volumes differ in significant areas (so, just when did the Ascension happen?). It is quite possible that Luke took over much older materials to compose his new Book of Acts, and some of those portions might have retained earlier theological approaches and emphases, including in a matter as fundamental as the Resurrection.

Many scholars of Acts believe that its sermons faithfully reflect the content of early Christian preaching as it would have existed in the late first and early second century. But if that’s true, it’s curious that Peter or Paul never ask their audiences how they explain the mysterious empty tomb. Even if they were embarrassed about using the evidence of women, why do those early preachers not cite the male apostles who reportedly entered the tomb?

Let me pose the problem. From the time of Mark’s gospel, around 70, the empty tomb became central to the Resurrection narrative as it was preached and proclaimed. Over the next thirty years or so, the story is repeated in various forms in three other gospels. At the end of the century, in fact, Jews who oppose the Jesus movement have evolved rival stories to account for the absence of Jesus’s body, which Matthew must combat (Matt. 28. 11-15). By that point, the empty tomb story evidently mattered in religious polemic. Yet even Luke, who knows the story, makes no use of it in Acts. Before the 90s, moreover, the time of Matthew and Luke, the one account that we do have of the empty tomb (Mark) does not refer to visions of a bodily risen Jesus at or near the site.

Where is the empty tomb story before the 70s?

A lot of modern-day Christians read the New Testament as if it is a single continuous history, with one part following and building on preceding portions, which is why so many are surprised to hear that (most of) the epistles were actually written before the gospels. When they read Paul, for instance, they likely assume that of course he knows all those stories we have encountered so recently in the text, with the empty tomb, the rolled away stone, and appearances in the garden. But there is no evidence whatever that he knows any such thing. We simply cannot assume that he is familiar with all this material, but does not bother to refer to it because it is so blindingly obvious to himself or his readers. We have no alternative but to read the different New Testament authors in their own right, never forgetting the fundamental issue of chronology.

Suppose I face an atheist critic, who makes the following argument. Yes, s/he says, early Christians believed that they encountered the risen Jesus, that they had visions, but these visions had no objective reality. They just arose from the hopes and expectations of superstitious disciples. Even then, Christians saw that Resurrection in spiritual, pneumatic, terms. Only after a lengthy period, some forty years in fact, did the church invent stories to give a material, bodily basis to that phenomenon, and the empty tomb was the best known example.

How can I respond? Help me.

To repeat the core question. Outside the four gospels, does any part of the New Testament refer to the idea of Christ’s empty tomb? If not, why not? 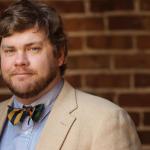 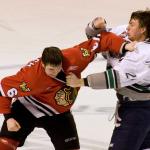 The New Wright-Bird Intro-- Part Four
The New Introduction by Wright and Bird comes with a Workbook. This...
view all Evangelical blogs
What Are Your Thoughts?leave a comment
Copyright 2008-2020, Patheos. All rights reserved.