The Man Who Collected Paul

The Man Who Collected Paul May 3, 2019 Philip Jenkins

I have been thinking about how Paul’s letters came to be collected and remembered. If anyone says the following post is pure speculation, which can neither be tested nor proven, they would be right. It’s an imaginative exercise, no more. Think of it as a detective story.

To begin with solid facts, or things we can say with high confidence. Probably in the 90s AD, Luke was composing his Book of Acts, and he certainly did not know Paul’s letters – nothing whatever. If he had, he would have changed the way he cited Paul’s ideas and had him speak. He would have changed his narrative in various ways, for instance in the details of what Paul did after his conversion. He would also have added references to people cited in the letters, and developed those as fleshed out characters. So here is an author very interested in Paul, well informed and curious about sources, yet who does not know what we regard as the most basic building blocks of the story. And yes, that is definitely how ancient historians would have proceeded if they had any inkling of letters or original documents.

True, that is an argument from silence, but Luke’s particular silence is very telling.

Now fast forward into the early second century, where we can say with equal confidence that Paul was viewed a great Christian hero, and moreover that his letters were widely known and quoted. See for instance the writings of Ignatius of Antioch around 110. Now, it’s possible that the Antioch church had already had access to those letters throughout, and that Luke hadn’t heard about them, but I would doubt that. If Luke was in touch with Christians anywhere, it would have been in a prime center like Antioch. The other source that quotes Paul’s letters extensively is 1 Clement, but the dating there is problematic. Although often dated to the late 90s, a solid body of opinion puts it well into the early second century. Probably in the same era, the first quarter of the second century, Paul’s letters are well enough known to inspire imitators and mimics, in the form of the Pastoral epistles.

Paul’s letters are not known as a collection – indeed, do not exist as a collection – before the 90s or so, and then within the next couple of decades, they become available, and they rapidly get to be very popular indeed.

So what happened in the intervening years? What did not happen is that somebody turned up a letter book from one of Paul’s secretaries or scribes, a record of letters as they had been dictated, copied and sent. This is emphatically not the Complete Correspondence of Paul the Apostle. The various letters exist in a very wide range of states and conditions, in terms of how accurately they reflect the likely originals, and some (like the Corinthian correspondence) have been sliced, diced, and recombined from their original state. Some that letters definitely did exist once no longer do so, a lost epistle to the Laodiceans being an example (Col.4.16). They also fall into very diverse categories. Paul certainly would have written many personal letters like Philemon, but that is the only one of its kind that happens to have ended up in our scriptural tradition. Why that and not others? Why do the letters exist in such a seemingly random state? How did such a collection come to be?

So the letters as we have them represent not the form in which they were sent, but in which they were received and preserved, and that must have been in multiple locations spread over a sizable geographical area. Somebody has collected and collated them, and gone to a lot of trouble in the process.

One explanation – and I am far for the first to suggest this – is that somebody wanted to commemorate or glorify Paul, and made a deliberate effort to seek out any writings of his they could obtain. Perhaps they contacted various churches to see if they might have anything in their records. Perhaps one individual, or a few friends, actually traveled to various churches to see what they could turn up. In some cases, they presumably draw blanks. Yes, the surviving letters mainly stem from churches that Paul founded (Rome being an obvious exception), but even if the seekers wanted to range more widely, their opportunities were limited. The later searcher, or searchers, found what they could, and we have no idea of what their actual success rate might have been.

Generally, areas where the earliest church was mainly Jewish in tone would have been devastated during the Jewish revolt and subsequent war, and the odds of relevant records surviving there were slim to non-existent. There was no point fin looking for correspondence in Jerusalem, where the earliest church had been uprooted during the Jewish revolt of the 60s. If there ever was a Letter to the Antiochians, it likely perished in one of the pogroms or riots of that same era. The near extermination of the Jews in Damascus in the 60s would have removed any traces of Jesus movement congregations there, leaving no possible correspondents to approach in the 90s. When a Gentile mob sacked the Jewish quarter of a city and slaughtered its inhabitants, they made no exceptions for Jews who happened to follow this strange new sect.

Think through the implications of that for what we know about Paul. In his career, Paul presumably wrote a great many letters, with their themes and approaches adapted to the interests of his audiences, and some might have been substantial treatises. At various times, he would certainly have corresponded a great deal with Jewish-Christian congregations. But the odds of many of those missives surviving the destruction of the 60s would have been low. By definition, it was the Gentile churches that were likely to survive that horrible era with their memories and documents more or less intact. Naturally, then, the Pauline letters that survived stress themes of concern to those congregations, and not because those were necessarily the issues at the forefront of Paul’s brain.

What is no less striking is how closely the geography of the letters that did turn up echoes the accounts in Acts. If you just used Acts as a source of places to check, you would immediately hit names like Corinth, Philippi, Ephesus, Galatia, and Thessalonika, as well as Rome itself. Plenty of place-names in Acts are not specifically represented in the epistles that survive – Antioch in Pisidia and Iconium are examples – but given the turmoil of the recent decades, it is amazing that so many letters were preserved at all thirty or so years after Paul’s time. Conceivably, the general letter to the “Galatians” covers several of those cities named in Acts, such as Iconium, Derbe, or Lystra. If Acts does not mention Colossae, it certainly mentions Phrygia as a region. If you were trying to contact someone in that particular area, the natural place to write to would have been Phrygia’s key local city, which was indeed Colossae.

What I am suggesting is that the Book of Acts itself shaped the literary or archival search that led to the creation of the Pauline corpus as we know it.

Even if we accept that something like this actually happened, there is no way to reconstruct who might have done such a thing. Or is there? Here is one interesting name. Luke dedicated his Gospel and the Book of Acts to one Theophilos or  Theophilus, which according to various interpretations might have been an actual name, or much more likely, a pseudonym (“friend of God” / “beloved by God”) at a time when overt Christian identification was perilous. This man was interested in Christianity, and specifically in the world of Paul described in Acts. He was also a man of prestige and likely wealth, perhaps an aristocrat or magistrate. He was “most excellent,” kratiste, a term that in Acts itself is used to address such powerful Roman bureaucrats as Felix and Festus. “Your Excellency” gives a good sense of it in more modern times. This is not just a bigwig in a village or small city. It suggests a very prestigious person of a kind that would have been very rare indeed in the Christian world at the end of the first century.

What we know about “excellencies” and magnates in the Roman world is that of necessity, they had secretaries, scribes, and staffs. So here is a suggestion. Did Theophilus read Acts, get inspired, and seek to know more about the book’s hero? Did he actually commission his staff to work through the book, listing place-names, and contacting churches or Christian leaders there? In the language of whodunits, Theophilus – or whatever his real name might have been – had the means, the motive, and the opportunity to track down and collect Paul’s letters. And just a decade or two after the hypothetical events I am describing, those same letters start their literary career, and even become part of scripture.

Or here is an alternative. If not “Theophilos,” what about a member of his family, such as his wife? A very common pattern in Roman times involved a faithful wife drawing her husband into the fold. Was that the scenario here, with Luke-Acts designed to assist the conversion process? Call her Theophila. Alright, we are off in historical novel territory here.

But somebody collected those epistles.

Can we actually identify one of the key figures in the formation of the New Testament? Can we imagine Christianity in anything like the form we know it if his or her effort had not occurred?

Before anyone complains my sexist title, do note that I am stealing my title from a story by Robert Bloch. Hence “man.” 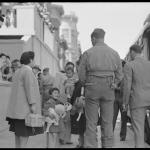 May 2, 2019
Religion as a "National Security Threat": Lessons from the Second World War
Next Post 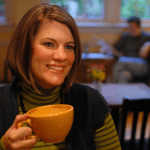 May 4, 2019 The Legacy of Rachel Held Evans
Recent Comments
4 Comments | Leave a Comment
Browse Our Archives
get the latest updates from
Anxious Bench
and the Patheos
Evangelical
Channel
POPULAR AT PATHEOS Evangelical
1