The Heresies That Men Do Leave

People often change their religious identity, shifting from one faith or denomination to another. They vary a lot in how they regard the religion they leave. Sometimes, converts have a benevolent view of their old world, and they maintain excellent relations with their family and friends who chose to remain. In other cases, they become the deadliest enemies of that former faith, and even seek to combat or even persecute it. In the history of religious conflict and persecution, this is a vital but very under-studied factor.

This comes to mind in light of a fascinating book I recently read as part of my work on apostasy and religious defection. This is Frank Riess, The Journey of Deacon Bodo from the Rhine to the Guadalquivir: Apostasy and Conversion to Judaism in Early Medieval Europe (Routledge, 2019). It’s an amazing story, which I will summarize very briefly here, but the whole book is well worth your attention. Bodo was a German (Alemannic) aristocrat, who around 838 converted to Judaism, becoming Eleazar. He fled to Muslim Spain, where he became a ferocious anti-Christian polemicist. He urged the persecution of Christians who refused to convert to Islam or Judaism, which was then a radically novel perspective in the emerging Muslim world. This contributed to the celebrated persecution of the Christian Martyrs of Córdoba.

Christian conversions to Judaism did occur quite regularly in medieval Europe, though they were anything but commonplace. Another famous case involves one Johannes of Oppido who converted in 1102, and became “Obadiah the Norman Proselyte.” If you were going to abandon the faith, the horrendous 830s were as likely a time as any, when European Christianity appeared to be collapsing altogether in the face of foreign invasions and internal struggles. Just how bad were things then? Muslim or pagan raiders roamed freely over the continent, and nowhere seemed safe. Saracens from the south crossed paths with Vikings from the north and Magyars from the east. At various times, the great Burgundian monastery of Luxeuil was sacked by each of these predators in turn. In 846, there was a major Arab raid on Rome itself. Some call this the Second Dark Age.

I will focus here on the specific aspect of Bodo’s attitude to his old faith, his really virulent loathing of Christianity. Historically, as I have suggested, that is a common reality. If you look at a religious persecution, you often find at its heart an individual or group who is such an apostate or defector. I wrote about this some years ago at Aleteia.org, in the context of the savage persecution of Catholics in seventeenth century Britain. I focused on the so-called Popish Plot years of c.1678-1682, when many priests and religious were executed, or literally hunted to death. Some activists were fanatical in their zeal to destroy the church and its clergy.

But why were they so extreme? I looked at the persecutions in the area where they were at their bloodiest, in Wales. In virtually every case I explored in detail, the Protestant ultras were themselves defectors or apostates. They came from Catholic backgrounds, and in years gone by, they had themselves assisted and sheltered priests, at great personal risk to themselves. Commonly, these men derived from families split between Protestants and Catholics, which had produced Catholic clergy. Mixed Protestant-Catholic marriages were very common in this region. The priests that they were seeking out were not just neighbors, but usually, they were close relatives.

The extremists were recent defectors from the old faith, doubly zealous perhaps to justify the new spiritual world-view they had adopted, and to extirpate its enemies. Much like Bodo/Eleazar, perhaps. A well known stereotype involves the “zeal of the convert,” so that people who change religions tend to be more enthusiastic in their new faiths, and social science does back this up. But in some cases, not all, they tend to loathe their old faith.

Defectors had more to prove, to themselves, and to others. To take one famous example, the deadly enemy of Jews and Jewish converts in the Spanish Inquisition was Tomás de Torquemada, who did not have to look too far back in his own family tree to find converted Jews. Perhaps he was so vicious in these matters because he had to show himself an ultra-loyalist, more Catholic than the Pope.

This kind of transition has long been remarked. Shakespeare noted that “Heresies that men do leave/ are hated most of them they did deceive” (Midsummer Night’s Dream). Put another way, it’s after someone forsakes a religion that they come to see it as a heresy, or as a sinister cult. As a model of explanation, that works so well in different historical eras and cultures. It is especially common in societies where faiths have interacted and intermarried closely through the decades. As we all know, there is no conflict as vicious as that within a family.

If a person writes venomously against a particular faith, my first question is whether he or she was raised in that tradition, and once regarded it with particular love or loyalty. Very often, that is the case. The most furious enemies of a given faith are commonly its rebellious sons and daughters, and (for example) the harshest critics of Christian faith and orthodoxy stem from fundamentalist backgrounds, and ditto for other religious traditions.

Much depends on the degree of commitment required in a particular group, its totalistic nature and sense of being at odds with the world – if you like, the degree of sacrifice involved in being part of the group. That shapes the nature of the hostile reaction when one abandons that church or faith. The most demanding groups produce the angriest and sometimes most vengeful apostates, whose comments sometimes have to be taken with a certain skepticism. That is one of the themes that emerges most frequently and predictably in the world of “anti-cult” movements and campaigns. 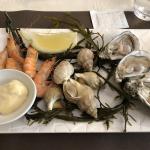 Being Evangelical, Being Gay
The rise of a gay rights movement coincided with the emergence of...
view all Evangelical blogs
What Are Your Thoughts?leave a comment
Copyright 2008-2020, Patheos. All rights reserved.