In the 1950s and 1960s evangelical missionaries came under attack. The trope of the “ugly American,” popularized by Eugene Burdick and William Lederer, indicted the West for arrogance, conspicuous consumption, and bad manners. These critiques accelerated as African territories swiftly seized independence from imperial Europe. The triumphalism of midcentury missionary efforts abroad often compounded the problem. Sometimes it even came under attack by evangelicals themselves. Being abroad often rattled cultural assumptions. 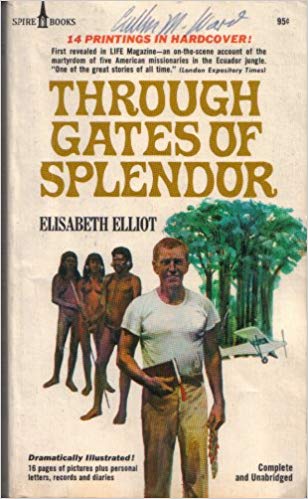 The most surprising example of this trajectory might be Elisabeth Elliot. Now celebrated and reviled for her defense of male headship in marriage, she was famous in the 1950s and 1960s for being a celebrity widow. In 1956 her husband Jim Elliot and four other young missionaries, most of them young alumni of Wheaton College, were speared to death by warriors of the Huaorani, an indigenous tribe in Ecuador sometimes pejoratively called the Auca by outsiders. Elliot’s chronicle of her husband’s slaying, entitled Through Gates of Splendor (1957), betrayed the kind of ethnocentrism that Majority World critics at Lausanne would later condemn. Elliot wrote that at first the mention of this “isolated, unconquered, seminomadic remnant of age-old jungle Indians . . . thrilled their young blood. Would they someday be permitted to have part in winning the Aucas for Christ?” But as they engaged these warriors face to face, the young missionaries worried about living close to fundamentally untrustworthy “stone age” peoples. There was hope that the Huaorani could be redeemed, but the spiritual and cultural distance between civilized white Americans and the inscrutable Indians seemed enormous. In a raw concluding chapter, Elliot described dragging mutilated corpses to a common grave during a violent tropical storm—all while worrying that these “natural born killers” were waiting in the jungle to strike again. The Life magazine correspondent who accompanied the search party noted the eerie, grim, fantastical scene as helicopters descended into a cove and as guards with fingers on triggers stared tensely into the jungle. Everything about Elliot’s narrative suggested the savagery and otherness of the Huaorani. 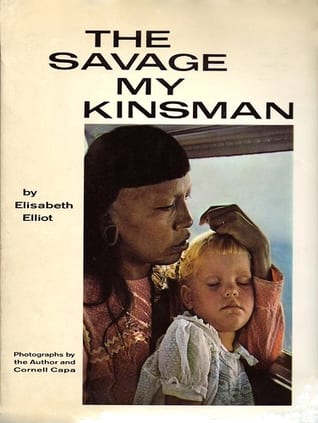 By contrast, Elliot’s sequel The Savage My Kinsman (1961) played with established categories. Remarkably, she remained in the jungle to live with her husband’s killers, learning their language and performing medical work for them. While the book continues to show the brutality of the killings in striking rawness—one photograph shows a spear sticking in the side of a corpse floating in the river, and Elliot described her repulsion at Huaorani’s “crudeness, limited interests, incomprehensible language, their everlasting meddling with my possessions and my affairs”—she found much that was attractive. “I watched the people I had called savages. Somehow immortal in their nakedness, speaking together in the subdued tones used among Indians, laughing childishly over small things, interested in the tiniest events about them, they seemed a lovely contrast to the elaborate dress, the loud voices, the sophisticated humor, the world-consciousness of our civilization.” Portraying them in an almost Edenic light, dozens of pictures of naked Huaorani, many of them frolicking alongside Elliot’s four-year-old daughter, hinted at native innocence.

Above all, Elliot humanized the Huaorani. Living with the tribe made their strange customs intelligible. In a chapter entitled “The Civil Savages,” Elliot described intricate gender and marriage customs, and she sought to rehabilitate the image of the Huaorani by contrasting their habits with American sins. The Huaorani, she notes, did not participate in malicious gossip, vanity, or covetousness. The typical Huaorani man knew nothing of “drunkenness or wife beating. He may kill his neighbor, but he does not fight with him. . . . He may practice polygamy, but he faithfully supports all of the wives he has. . . . He does not wear clothing, but he has a strict code of modesty and is totally free from the American preoccupation with the human body, and all the absurd inhibitions this involves.” Elliot concluded, “At first glance, one might ask of the Auca way of life, ‘Is this the best they can do?’ but one soon finds that ‘this’ is very well indeed.”

On one hand, Elliot’s third book, a novel called No Graven Image (1966), perfectly fit a growing midcentury concern in some evangelical quarters to heal bodies, not just save souls. Its protagonist, a young missionary named Margaret Sparhawk, sailed to South America on a ship with air conditioning, perfumes, cigarette smoke, steaks, and alcohol. “The irresponsibility was intoxicating,” confided Margaret to the reader. “I found it hard to acknowledge that spiritual need was not somehow correlative to physical.” She disembarked from this spectacle of Western luxury to encounter the horrors of life in a poverty-stricken third-world city. There was a man with no eyes and no feet sitting on the pavement “with his back against a building … his head lolling back on his neck.” A girl of about eight “lay in his lap, emaciated and limp, with immense black eyes rimmed with shadows and shining with fever.” Margaret realizes that “witnessing” to him is not enough, despite the evangelical mandate to “tell them of Christ.” Like Bob Pierce of World Vision and swelling ranks of American evangelicals contemplating foreign misery, Elliot meant to encourage holistic missionary work. 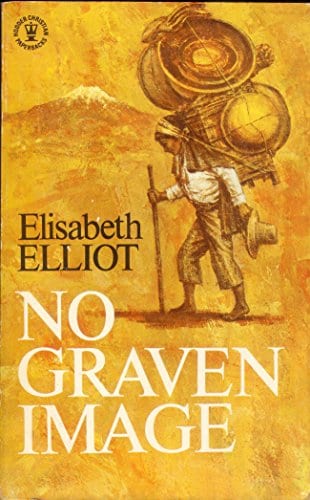 The novel was also a stern indictment. Elliot’s oeuvre to this point had gently scolded American insularity, but No Graven Image issued a firm rebuke through its descriptions of ugly missionizing. Veteran missionaries who greet Margaret upon her arrival advise her to wash her hands a lot when interacting with the Indians. She also encounters a well-meaning, but culturally insensitive American missionary executive. As Margaret takes “Mr. Harvey” on her daily rounds of visiting the Quechua Indians, he takes photographs intrusively, turns up his nose at food, and distributes religious tracts to the illiterate Quechua. Her sending churches view the Indians as “godless heathens, pagan savages, degenerate serfs—they were all the same, and Christ had died for them.” Elliot depicted a horror show of evangelical ethnocentrism. It was a portrait that primed evangelical children to question the superiority of American culture and politics.

And yet the novel was also a story of redemption. At first repulsed by the smells of the primitive thatch homes, Margaret grows to admire the Indians’ commitment to sustainable practices. For hundreds of generations, she notes, they “had cohabited with fleas and were not prepared to panic over them and spend hard-earned sucres on DDT just because the white man did.” Margaret also discovers their rich heritage. She delights in the elaborate costumes of a festival celebrating Saint Rafael. Though the music initially seems badly composed and performed, she realizes that it was using a sophisticated pentatonic scale. Not every culture, she observes, uses the Western octave. “The white man,” Margaret decides, “was not master of all that was good.”

At the heartbreaking end of the novel, Margaret plays a role in the death of Pedro, a new convert who died from a reaction to penicillin, which she had prescribed. She confesses, “I saw for the first time my own identity in its true perspective. Once I had envisioned Pedro, highland Indian, Christian, translator of the Bible, soldier of the Cross—because I, Margaret Sparhawk, had come. He was my project, he was the star in my crown. But here was another cross, with a name and a date, to mark where a dead man lay—because I, Margaret Sparhawk, had come.” Margaret’s confession was Elliot’s confession. Written for impressionable young missionary prospects, she warned that evangelization could be destructive.

The fictional character of Margaret meets considerable pushback. Some distressed supporters do not like how she questions traditional missionary approaches. One is suspicious of her “sympathy for the Indian outlook.” Donors contribute less money. 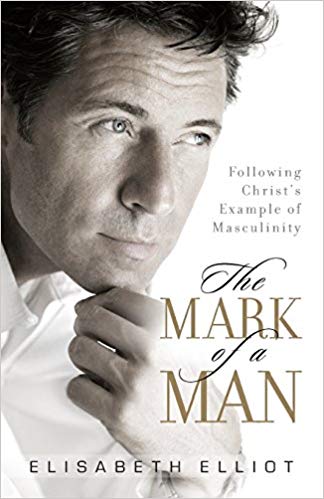 or Elisabeth Elliot suffered similar rebukes in real life. While the New York Times praised the book—pronouncing it a “subtle and savage” satire on “fundamentalist missionary customs and attitudes”—evangelical insider Harold Lindsell displayed considerable ambivalence. The Christianity Today editor wrote that he appreciated its literary qualities, but he was not impressed with Elliot’s penchant for offering “no answers at all.” In fact, according to historian Sarah Ruble, he expressed “haunting doubt” about her evangelical credentials. Her critique struck too close to conservative certainties about the missionary enterprise.

Why Elliot, less than a decade later, would lead the charge in support of conservative certainties about gender is not clear to me. Any theories? 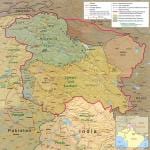 August 29, 2019 Wild Evangelicals
Recent Comments
1 Comment | Leave a Comment
"In England at least I think most Quakers moved away from farming in the 17th ..."
Erp The Quakers: New England’s First Sustained ..."
"Listen to what Dr. King said? Yes. But, I believe it gets to the point ..."
douglas kraeger A Tale of Two Kings: Reflections ..."
"Christians must not ignore the systemic problems that create injustice. Evangelicals think that Trump is ..."
swbarnes2 A Tale of Two Kings: Reflections ..."
"Ration books was how it worked. People were allotted certain amounts of food in those ..."
Timothy Weston How Unique is Our Present Crisis ..."
Browse Our Archives
Follow Us!