Actually seeing a new book in print is a nerve-racking experience. Dare you open it, or will you see a typo? Oh Lord…

But with that caveat, I am delighted to announce the appearance of my new book, Rethinking a Nation: The United States in the 21st Century (Macmillan/Red Globe). That’s a wide-ranging history of the US since 2000 – political, cultural, social, economic. 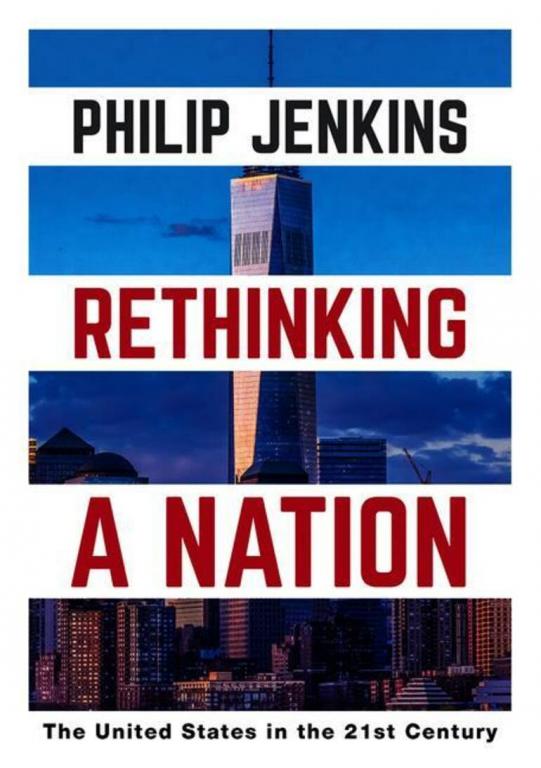 As a period in American history, the years since 2000 have been at least comparable to any past era in the scale of transformation. I trace the impact of the 9/11 attacks and the lengthy wars that ensued; and the catastrophic economic crisis of 2008. In their very different ways, the elections of 2008 and 2016 were as significant as any in the nation’s history. The mid-2010s witnessed an upsurge of wide-ranging activism comparable to that of earlier eras like the 1960s. Indeed, many of the insurgent movements and causes that we associate most strongly with the 1960s and with “60s-ism” reached full fruition in these years. Future historians will recall the 2010s as a transformative decade of upheaval.

Repeatedly, we are tempted to invoke the language of “revolution,” especially in matters of technology. Among technological changes more or less since 2000, we see the emergence and triumph of social media and artificial intelligence; astonishing breakthroughs in biological science, with their commercial and medical implications; the impact of fracking and new forms of energy extraction; and a near-revolution in military matters. Those advances have revolutionized employment patterns, at a time when regions dependent on the old economic staple industries have faltered.

Social transformations include the overwhelming impact of immigration and radical shifts in the nation’s ethnic structure; the decline of traditional industries and working class communities; and a thorough restructuring of urban life and organization. We trace tectonic shifts in attitudes to gender and sexuality; transformations in American religious life; traumatic debates over historical memory and commemoration; and fundamental shifts in attitudes to climate change. All, in effect, since only yesterday.

I use the theme of “rethinking,” in multiple senses. So much of the technological transformation involves new approaches to thinking and the mind. We are still trying to assess the impact on ordinary users, and how they acquire, process and remember information, how they communicate, and how they interact socially. Those technological innovations demand a “thinking society” – a knowledge economy – which rewards those who contribute the fruits of their education, their insight and creativity. At the same time, in a different sense, we are rethinking fundamental assumptions about social life and identity, in matters of gender, sexuality and race. Once impregnable concepts of whiteness and masculinity have come under unprecedented assault. Debates over memory imply a new quest for national identity – nothing less than rethinking America.

Yes, other periods have certainly had their share of rapid transformation, revolutionary changes in technology, and ethnic shifts. But the pace and volume of such changes varies dramatically over time, and both in terms of scale and speed, the accumulated power of transformations since 2000 really has no precedent. That is true above all in matters of information technology, communications and social media, with their multiple impacts on every aspect of everyday life. We are dealing with a far-reaching change in consciousness.

Josef Stalin once remarked that quantity has a quality of its own, but so in its way does speed. How rapidly trends and movements occur profoundly affects their impact on society, and the degree of disturbance and destabilization they cause. The impact of new technologies would have been enormous enough even if it had been spread over a much longer time period, as opposed to being compressed into twenty years or so. It is scarcely possible today to imagine how many of the electronic resources on which we rely as basic necessities were not available as recently as 2000. Just contemplate a world without social media or Wifi, tweets or texting. In international affairs, many in 2000 imagined a future growth in Chinese power, wealth and even military capabilities, but very few foresaw the precipitous nature of that rise.

In terms of social attitudes, the near-overnight quality of change is exemplified by the idea of same sex marriage, with all that implies for concepts of the family and “normality.” Scarcely accepted even by most liberal opinion as late as 2000, “marriage equality” is today as standard and familiar a principle as racial equality, and as incontestable. In this as in much else, the extremists and radicals of 2000 are today the cultural mainstream, and vice versa. The same remark would apply to all the symbolic commemorations of the old Confederacy – all the statues and flags – which seemed so unassailable as recently as 2012, but which already by 2017 or so had come to bear a horrific stigma. Social and cultural consciousness changed beyond recognition. Besides the word “revolution,” we will often have occasion to describe how the “once unthinkable” came to be first tolerable, and then normal, and in such a breathlessly short time span.

As John W. Gardner wisely observed, “History never looks like history when you are living through it:”  but history it is, nevertheless. 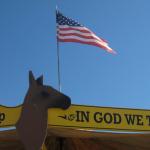 August 6, 2019 Baptists (and Other Christians) Against Christian Nationalism
Recent Comments
0 | Leave a Comment
"Actually, a couple of things are at work here. England was radically different because Common ..."
philipjenkins Of Revivals, Convulsions, and Witchcraft Panics
"As I understand it, in Spain, ironically, the witchcraft craze scarcely happened at all because ..."
Iain Lovejoy Of Revivals, Convulsions, and Witchcraft Panics
"All fair comments. I was mainly thinking of their relationship to the respective institutional churches. ..."
philipjenkins Of Awakenings, Convulsions, and Writing Christian ..."
"Oh, okay. I do see parallels in the sociological and emotional senses.I was thinking more ..."
Daniel Wilcox Of Awakenings, Convulsions, and Writing Christian ..."
Browse Our Archives
get the latest updates from
Anxious Bench
and the Patheos
Evangelical
Channel
POPULAR AT PATHEOS Evangelical
1