The Weight of Words–Medieval Jangling to Modern Tweeting 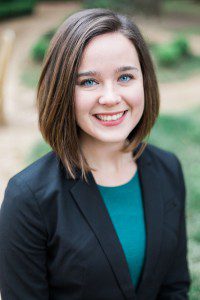 I am so pleased to welcome back Lynneth Miller Renberg. Lynneth is an assistant professor of history at Anderson University in Anderson, SC. She teaches a range of courses, including classes on medieval Europe, Europe in the Reformation, and the history of women in the church. She is currently working on a monograph on dance, sacrilege, and gender in late medieval England and an edited collection on the tale of the cursed dancing carolers.

I’ve been thinking a lot about words lately.

Perhaps it’s the quickly approaching start of the fall semester and the lecture writing that comes with that. Perhaps it’s spending (far too much) time following recent events on Twitter. Or perhaps it’s all the time I’ve been spending in revising a chapter for my monograph that contains a sermon tale, one that appears in Robert Mannyng of Brunne’s fourteenth-century Handlyng Synne.

In this exemplum, the tale of the devil’s disappointment with the chattering women, a priest is standing at the altar conducting mass and reading the gospel to the congregation. Much to his surprise, he suddenly hears laughter coming from the congregation. Looking confusedly around, the priest notices that a man in the congregation is laughing for no apparent reason. After the mass comes to an end, the priest asks the man about his inexplicable laughter, and the man gives a very good reason for it: two women sitting beside him were jangling (gossiping) throughout the gospel reading. Distracted by the women, the man looked over and saw a demon sitting between them, frantically writing down every word they said. At one point, the demon ran out of parchment and, in an attempt to roll out more to keep up with the women, tore the parchment, fell, and hit his head. The moral of the tale, as expressed by Mannyng, is not for the man who laughed in church, but for the jangling women: hold your tongues in church, so that God will hear your prayers. The alternative? The devil will record your words. (Mannyng 290-293)

It’s probably too strong to compare Twitter threads to the devil’s roll. But, especially in an age in which almost every word is somehow preserved and recorded, the idea of a roll of speech holds weight, no matter who is doing the recording.

What we say matters.

Words doesn’t just disappear the instant we finish talking, especially in a social media age. They live on after we say them and continue to affect our lives. A record of our words lingers on long after we finish talking, and often in spaces and mediums we didn’t expect.

Our words don’t just affect our lives, though. What we say matters, and, maybe more importantly, what we say about others matters. We see this in a slightly later version of this tale, found in Peter Idley’s fifteenth-century Instructions to His Son. Idley’s version of the tale presents pretty much the same thing as Mannyng’s: a man laughs during the church service, prompted by the sight of a demon recording the words of gossiping women. But Idley gives a much longer moral to his story, one that focuses in less on the dialogue between the priest and the laughing man and instead zooms in on the gossiping women:

And specially these women, as I dare say
Have busy talking of housewifery
Jangle as a goose and jangle as a jay
And how their husbands be full of jealousy.
Some set their minds gallants to spy
Beholding the short garments round all about
And how the stuffing of the codpiece bears out.
Some come to church to show fair bodies
Some come also the boroll for to show
Some tell the council of their husbands’ deeds
Some how their husbands is a crooked shrew
Some seem holy, if there be a few
Thus with diverse things occupation they find
As for God and our lady, they are little in mind. (Idley, p. 210)

In Idley’s version, the problem isn’t so much the jangling in church as the janglers– the women. This fits into a trend in the late middle ages of associating women’s voices with sin and with problematic speech. Jangling, or gossip, has been the focus of several excellent works on late medieval transgression. Sandy Bardsley’s Venomous Tongues notes that although dangerous and excessive speech had a long historical association with women, “this association grew both more intense and more tangible in its consequences” in the late Middle Ages. Ina Habermann, Laura Gowing, and Karma Lochrie make similar arguments in their work, pointing to the ways in which the sins of the tongue like slander, defamation, and gossip became sins of female tongues. Through repeated association in texts, sermons, and court cases, transgressions like “jangling” became transgressions associated almost exclusively with women– in short, transgressions gendered female.

By repeatedly talking about women as the possessors of problematic voices, as the causes of dissent within a society, as disruptions to proper speech, women’s voices were increasingly marginalized. Punishments like cucking stools and scolds’ bridles became increasingly common in the early modern world. Less dramatically, courts issued fines. And women labeled as scolds were increasingly disregarded as untrustworthy, while women in general were pushed towards silence. (Bardsley 141-151)

And, did you notice the other shift that took place in Idley’s text ? While in Mannyng’s version, the only sin the women are accused of is that of gossiping in church, in Idley’s version, there’s a whole laundry list of sins women in general are accused of: gossip, lust, vanity, betraying their husbands, and paying little attention to God in general. Talking about women as the source of one specific problem in Mannyng’s text, and the continuation of this discussion about women for the 150 years afterwards, led to Idley’s conclusion that there were indeed very few holy women and many more sinful ones.

We might be wise to, as Mannyng advises his readers, take care in what we say. Not because of a demon writing down our every word, but because, devilish intervention notwithstanding, these words last far longer than we realize.

How we talk about people matters.

How we talk about people has the power to shape how our churches, schools, societies, and communities function.

I don’t know about you, but that gives me reason to continue to think carefully about words as this coming semester unfolds. 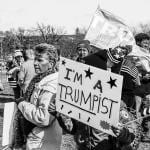 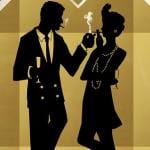