Our Favorite Books of the Past Year

Every year our Patheos Evangelical colleague Scot McKnight names his Books of the Year at Jesus Creed. His list for 2019 included several we’ve written about at Anxious Bench, including debuts by Rachael Denhollander and Jemar Tisby.

So before the year is over, we thought we’d offer our own version of a best books list. Not all came out in 2019 — sometimes it takes us a year or ten to get to something, or back to it — but as we read them over the past twelve months, we thought they’d resonate with our readers.

While this book is over a decade old, I still love Creatures of Empire, which I reread this fall when I was teaching it for a seminar for first-year undergraduates. I had previously taught it for a seminar for first-year students in our history Ph.D. program, which shows how the book manages to be both intellectually exciting but also accessibly written. I love how Anderson calls attention to the centrality of animals in the initial contact and conflicts between Native Americans and English settlers. In a religious studies classroom, the book is also useful as a way to introduce how different religious worldviews shape how people relate to non-human creatures and how, more generally, people make sense of new things only by drawing on the categories and frameworks that are familiar to them. Finally, the book is full of fascinating details that make for excellent party conversation, like the fact that the English settlers once tried to domesticate beavers and that the Narragansetts initially interpreted pigs as a type of woodchuck. Whenever I bring up these facts at parties, people are happy, not only because they’re fascinating, but also because people are happy I’ve moved on from talking about eating muskrat during Lent… 🙂  (Melissa Borja) 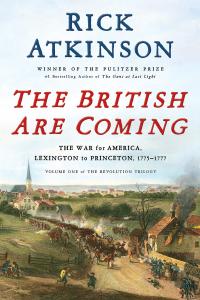 Rick Atkinson, The British Are Coming: The War for America, Lexington to Princeton, 1775-1777

While I teach courses on the history of war, I don’t normally like to read narrative histories of warfare. But I’ll always make an exception for Rick Atkinson, who brings a journalist’s talent for crisp storytelling and thick description to the study of the past. Alas, if the timing of his World War II trilogy is any guide, we’ll have to wait several years to read the next installment in his account of the Revolutionary War. (Chris Gehrz)

You may not accept that 2001 is the greatest film of the twentieth century, but you would be wrong (!). Benson’s book is brilliant in many ways, but it is above all a study of genius – what happens when one of the all time great directors works with one of the greatest of cinematographers, with the finest and most innovative genius in special effects, with the greatest figure in costume, and so on … and look what they produce. Stunning. (Philip Jenkins)

The author says it up front, so I’m not spoiling the story. This novel is the story of how a Berkeley-trained anthropologist kills an evangelical missionary in the mountains on the border of Thailand and Myanmar. By the end, this most empathetic novel makes both persons intelligible. (David Swartz) 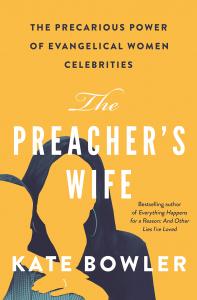 Bowler is, of course, a fantastic writer, meticulous researcher, and brilliant historian. Which is why we are so #blessed that she has brought this skillset to the topic of female religious celebrities. Despite significant transformations in the study of American religion, the study of American evangelicalism often tends toward more traditional narratives that privilege male dominated power structures, institutions, and theological traditions. The role of women—and sparkly celebrity women at that—has received scant serious scholarly attention. But if we think in terms of demographics, and in terms of religion as a cultural phenomenon, the women at the center of Bowler’s book are at the center of evangelicalism itself. (Kristin Du Mez)

A rollicking adventure story so textured you can taste and smell the jungles of India in the early nineteenth century. It’s also a damning indictment of imperialism. (David)

Jünger (1895-1998) was an astonishing genius who kept breaking new literary and cultural ground right up into his nineties. His War Journals show Jünger interacting with a dazzling set of wartime intellectuals in Paris and elsewhere, while recording very thinly coded attacks on Hitler that could easily have got him executed. Yes, there are moral quandaries about Jünger on every page, but the book is so very rich and rewarding. (Philip)

Jill Lepore, These Truths: A History of the United States

My graduate adviser liked to say that he wrote as a historical “lumper,” crafting grand narratives in part to let young “splitters” like me dismantle his overarching interpretations. So I’m inclined to admire anyone ambitious enough to write a single-volume narrative of American history, stretching from 1492 to the present. But however well or poorly Jill Lepore’s lumping endures subsequent splitting, I think that These Truths will stand as a powerful statement on the practice of history itself: an extended reflection on the nature of historical evidence and interpretation, and a reminder that history is a kind of literature, from one of the best writers in the guild. (Chris) 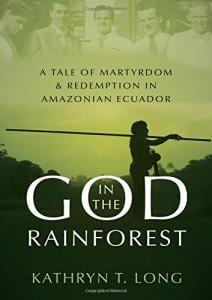 Kathryn Long, God in the Rainforest: A Tale of Martyrdom and Redemption in Amazonian Ecuador

I’m currently reading Kathryn Long’s God in the Rainforest, which I’ve been looking forward to for so many years. Not disappointing! Long refuses to tell a simple story of the 1956 killings of five evangelical missionaries by the Waorani people in the Ecuadorian Amazon and the events that followed. She rejects both missionary hagiography and the “black legend” of missionaries who serve as agents of cultural and economic imperialism. Hers is a fully human story, and a Christian one: “Christianity may be demonstrated as much by a willingness to spoon liquid down the throats of people suffering from influenza as from feats of missionary heroism.” (John Turner)

This is a collection of modern “liturgies,” beautifully written prayers for a wide variety of modern life events ranging from “For the Changing of Diapers” to “Before Consuming Media.” I have taken to saying the “Midday” prayer when I start to lag at work in the middle of the afternoon, and a friend with a serious medical issue was blessed this past year by the prayer “For the Morning of a Medical Procedure.” (Andrea Turpin)

The highly-decorated Georgetown University historian has written major monographs on all three modern Catholic ecumenical councils. In this short volume, he distills his learning into one highly readable essay. (Tal Howard) 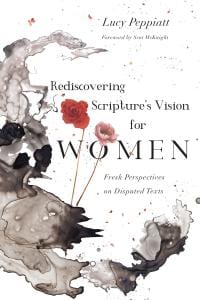 With beautiful clarity, grace, and superb scholarship, Lucy Peppiatt explains how we have all been wrong. It is our translation choices of key biblical passages (such as Genesis 1-2 and 1 Corinthians 11:2-16) as well as our lack of understanding about the historical context of the biblical world that has made us interpret the Bible as enforcing female submission. The reality is much more in line with Christian theology — God sets women free. I agree wholeheartedly with Peppiatt’s concluding prayer — instead of scripture used to oppress and silence women, may instead “the promise of the Spirit for freedom” triumph in the church today. (Beth Allison Barr)

Duncan Ryūken Williams, American Sutra: A Story of Faith and Freedom in the Second World War

My favorite new book that came out in 2019, American Sutra considers the experiences of Japanese Americana Buddhists who were incarcerated during the Second World War. There’s much to praise about this book, but one thing that I find especially powerful is Williams’ impressive archival work — in particular, the research that indicates how much the U.S. government saw Buddhism as a national security threat, even in the years leading up to Pearl Harbor, and how differently Japanese American Buddhists were treated compared to their Christian counterparts. (Melissa) 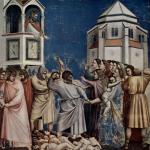 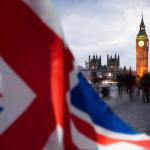 December 15, 2019 How Nations Vanish, Continued
Recent Comments
0 | Leave a Comment
"Good point!"
mmcguire001 Advent: The Most Apocalyptic Time of ..."
"Always appreciated the tension of Advent. Fleming Rutledge is, in my opinion, one of the ..."
mmcguire001 Advent: The Most Apocalyptic Time of ..."
"Hey Mike, The political Religious Right must cut huge sections out of their Bible in ..."
Artistree Ron Sider and the Fate of ..."
"I think people are being very thin skinned about an opinion of one person. But ..."
Roger McKinney A Panopticon for a Ruling Class ..."
Browse Our Archives
Related posts from Anxious Bench