In 1966 revelations emerged in the New York Times that American missionaries were working as American spies. A writer in Christianity and Crisis denounced this development. He wrote, “There are hints that CIA agents have appeared in the guise of missionaries and that Christian groups have been used by the CIA.” Surely, he concluded, not even “the most politically parochial and patriotic American working abroad for the Church would jeopardize the integrity of his commitment by serving the CIA directly.” It simply could not be true. 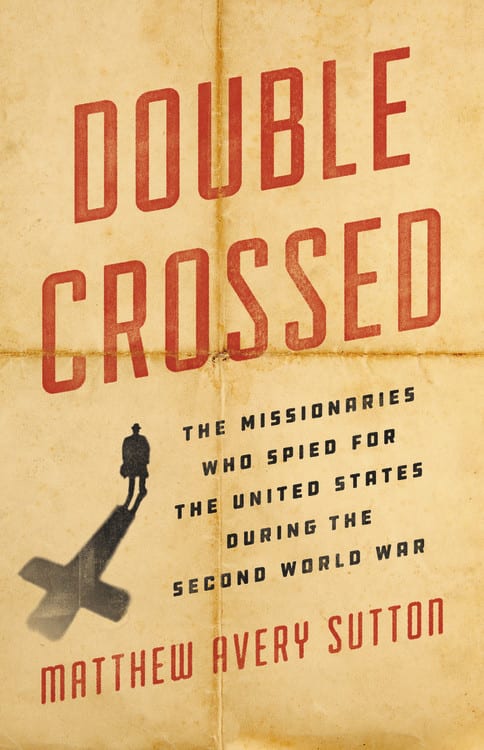 But he was dead wrong. As Matt Sutton shows in his recently released—and magnificently titled—book Double Crossed: The Missionaries Who Spied for the United States during the Second World War, Christian workers were thick as thieves in the Office of Strategic Services (OSS), and in fact helped establish the CIA, the successor agency to the OSS.

Consider what they did:

Of course, much of their clandestine activities will never be known. They likely killed. They plotted assassinations. They lied. And they most definitely did not love their enemies.

How did they justify these activities? Ironically, it was Reinhold Niebuhr, the theologian who started Christianity and Crisis, the very magazine that denounced these holy spooks in 1966, who provided the theological justification for them in the first place.

Niebuhr, famous for his book Moral Man and Immoral Society (1932), unsurprisingly made a strong distinction between “moral man” and “immoral society.” He rejected liberal Protestant suggestions that the social gospel could bring about the millennium. Pacifism wasn’t going to solve social problems. Niebuhr knew this because he had once been a pacifist, and now rejected that principle. Bringing about positive change sometimes required the use of political force, Niebuhr determined. An end to class conflict, the establishment of racial justice, or the securing of human rights for those living under repressive regimes were all goals worth pursuing through the coercive power of the state.

Indeed, the state sometimes had to act in ways that “a purely individualistic ethic must always find embarrassing.” And Christians, he said, must distinguish between the two ethics. It did not matter if the state’s path to peace and justice was ugly, as long as that path led to righteous conclusions. The job of the Christian was to help the state to determine whether it was acting toward just ends.

Eddy, Birth, Penrose, Herman, and other Christian covert operatives applied Niebuhr’s logic to World War II. Using violence to stop fascism would help bring about a more just world. The concept of “Christian realism” meant that they must do bad for good to prevail. According to Sutton, this concept “directly or indirectly shaped the thinking of almost all of the major religious activists working in and for the OSS.” It allowed them to fight the Nazis with a more-or-less clear conscience. Their actions would not violate their callings as missionaries.

To be sure, some of them wavered along the way as they got their hands very, very dirty. Birch said, “I could never stick to the game of spying on those for whom I profess friendship. This sounds pompous and self-righteous, but this secret police business, necessary as it may be, has always seemed to me a slimy sort of job. No, ma’am, I’d rather be a poor preacher.”

Niebuhr’s justifications went out of vogue for many more in the succeeding decades. After the end of the “righteous” war of WWII, the OSS’s successor organization, the CIA, looked even less savory. As Americans learned about the agency’s actions in Latin America and Vietnam—undermining democratically elected leaders, working to rig elections, and bolstering the regimes of right-wing dictators—the CIA no longer seemed like “the right hand of a godly Uncle Sam.” Instead, it looked like an exploitative tool of an neocolonial power.

Missionaries risked undermining their good name by worked for the CIA. “The CIA holds nothing sacred including the sacred,” opined historian and columnist Garry Wills. “What we need, right now, is not so much a wall of separation between church and state but a wall between us and the CIA, to protect us from its imperial meddling.”

Do unholy spooks still exist? Much was made of Senator Mark Hatfield’s efforts in 1976 to outlaw the use of missionaries by the CIA. Director George W. Bush promised a policy shift that would “prohibit CIA initiation of contact with American missionaries abroad.” As a result, Hatfield told Bush in this letter that he would withdraw his legislation.

But Sutton shows that Hatfield got played. The CIA masterfully built into its own policies a series of gaping loopholes. It turns out that the CIA could continue its long practice of crafting and implementing its own policies having to do with religious groups without serious congressional oversight. Which leads to the very real question of whether—or more likely how much—this practice continues. 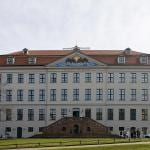 February 13, 2020 Speaking with the Dead
Recent Comments
1 Comment | Leave a Comment
Browse Our Archives
get the latest from
Anxious Bench
Sign up for our newsletter
POPULAR AT PATHEOS Evangelical
1