With all the unavoidable news right now about disease and epidemics, it’s an obvious temptation to look back to past eras to see how they coped with such things, culturally as well as medically. One consistent impression is how thoroughly our imagery of such events draws on very traditional apocalyptic. As David Wallace-Wells notes in his recent book on climate-driven catastrophes, “the vision is a bleak one, often pieced together from perennial eschatological imagery inherited from existing apocalyptic texts like the Book of Revelation, the inescapable source-book for Western anxiety about the end of the world.” It is thus very likely that natural disasters such as epidemics will be interpreted in religious or supernatural terms. We naturally think apocalyptic.

When I read about the current coronavirus outbreak, I look back to the twin crises of 1918, the war and the influenza pandemic, and how people responded then. One of the greatest silent films was the 1921 Four Horsemen of the Apocalypse, which interpreted the bloodshed of the recent Great War explicitly in those terms. It was a blockbuster. To find a parallel for the film’s cultural and financial impact at the time, we would have to look to the modern analogy of Star Wars.

Memories of 1918 utterly shaped the legendary cinema of Weimar Germany, especially its horror films. The great director F. W. Murnau commonly deployed apocalyptic images, and his Faust begins with a vision of the four horsemen. Both Nosferatu and Faust depict catastrophic urban plagues that would immediately have suggested for contemporary audiences the wartime influenza.

The 1918 pandemic struck in two distinct waves. The first appeared in the United States in March, when millions of troops were billeted together in close quarters that proved an ideal incubator for the new illness. Transatlantic troopships proved particularly effective for this purpose. By June, the sickness had reached India and Australia. In the first phase, the old and weak were especially likely to perish, but a second and still more lethal form of influenza arrived in August, and this claimed the young and strong. AIn just one year, from mid-1918 through mid-1919, the Spanish flu pandemic killed at least 50 million, and some estimates put the death toll at twice that. And this occurred at a time when global population was around 1.8 billion, la quarter of what it is today. A third of the world’s population was affected to some degree.

So why was it called Spanish flu? The explanation echoes modern reactions to our latest disease in secretive countries like China and Iran. In 1918, al the combatant powers had tight censorship regimes and would not initially admit that they had a problem. Neutral Spain had no such concerns, and reported cases. As this was the only country publicizing such reports, people around the world assumed that the disease either derived from there, or had some special connection with the country.

The biblical quality of those events was neatly captured in Katherine Anne Porter’s classic tale of the disease as it struck Denver. Her novella bore the suitably Revelation-themed title Pale Horse, Pale Rider. (It was actually published in the collection of that name in 1939). Yet again, that inescapable source-book!

Porter’s tale is heavily autobiographical, reflecting her experiences as a journalist in Denver at that time, and how she nearly died from the disease. Many of the best parts of the book describe what she perceives and imagines in her dream-like fevered visions, which were so characteristic of the influenza. I won’t spoil the plot (she, obviously, survived) but the book does such a magnificent job of depicting a city under siege from disease.

“I wonder,” said Miranda. “How did you manage to get an extension of leave?”

“They just gave it,” said Adam, “for no reason. The men are dying like flies out there, anyway. This funny new disease. Simply knocks you into a cocked hat.”

“It seems to be a plague,” said Miranda, “something out of the Middle Ages. Did you ever see so many funerals, ever?”

“So it’s really as bad as that?” said Miranda. “It’s as bad as anything can be,” said Adam, “all the theaters and nearly all the shops and restaurants are closed, and the streets have been full of funerals all day and ambulances all night—”

Oh and yes, they also had conspiracy theories back then about the man-made quality of the disease, just as today some blame Chinese experiments in biological warfare. Miranda talks with two fellow reporters:

“They say,” said Towney, “that it is really caused by germs brought by a German ship to Boston, a camouflaged ship, naturally, it didn’t come in under its own colors. Isn’t that ridiculous?”

“Maybe it was a submarine,” said Chuck, “sneaking in from the bottom of the sea in the dead of night. Now that sounds better.”

“Yes, it does,” said Towney; “they always slip up somewhere in these details . . . and they think the germs were sprayed over the city— it started in Boston, you know— and somebody reported seeing a strange, thick, greasy-looking cloud float up out of Boston Harbor and spread slowly all over that end of town. I think it was an old woman who saw it.”

“Should have been,” said Chuck. “I read it in a New York newspaper,” said Towney; “so it’s bound to be true.” Chuck and Miranda laughed so loudly at this that Bill stood up and glared at them.

In trying to understand the ongoing catastrophe, Miranda and Adam naturally turn to apocalyptic religion, which as educated and up-to-date young people, they can only access at second hand, through African-American culture and faith. Adam visits her in hospital, where she is floating in and out of consciousness, and indeed has a classic near-death mystical experience. In a lucid moment, she suggests:

“Let’s sing,” said Miranda. ‘ I know an old spiritual, I can remember some of the words.” She spoke in a natural voice. “I’m fine now.” She began in a hoarse whisper, “ ‘Pale horse, pale rider, done taken my lover away. . .’ Do you know that song?”

“Yes,” said Adam, “I heard Negroes in Texas sing it, in an oil field.”

“There’s a lot more to it than that,” said Adam, “about forty verses, the rider done taken away mammy, pappy, brother, sister, the whole family besides the lover-”

Adam and Miranda treat the spiritual as something almost to be parodied, and yet it gets to a truth that they cannot frame in their own minds, and their own cultural vocabulary. God forbid they should treat Revelation seriously! And the closer they get to the song and its message, the more they have to make it a joke: we should get up an act!

Pale Horse Pale Rider is a wonderful story, and as I said, it is agonizingly relevant in our time of fears about disease and epidemic. If you don’t know it, do read it – and the other two novellas in the same collection as well.

Lest I be misunderstood here, I am certainly not comparing the current virus outbreak with the 1918 pandemic: we are a long way from that in terms of scale or potential harm. But it is useful to be reminded that the danger of epidemics still exists, and we need to consider our responses. 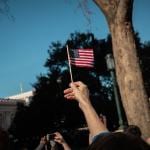 March 5, 2020
Why I'm Giving Up Political Hobbyism for Lent
Next Post 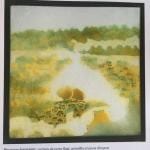 March 9, 2020 Casualty of Coronavirus: Ecumenism
Recent Comments
0 | Leave a Comment
"Thank you for the insights. As you pointed out, technology has been a two edged ..."
the old scribe Is Religion Naturally Averse to Technology?
"I suppose the question is whether or not the Holy Spirit could use technology to ..."
Nimblewill Is Religion Naturally Averse to Technology?
"What a great post, Allie! Insightful and eloquent."
Ansley Every Day People in Every Day ..."
"Impressive article. Provides the necessary perspective for entering into an informed discussion about the science/religion ..."
the old scribe Science, Religion, and Nineteenth Century Protestantism
Browse Our Archives
Related posts from Anxious Bench