Because it is Time for Christian Patriarchy to End: A Reading List, Part One

Because it is Time for Christian Patriarchy to End: A Reading List, Part One April 15, 2020 Beth Allison Barr 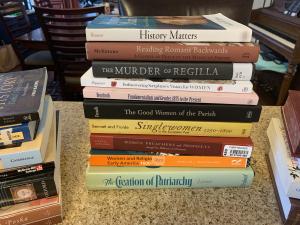 Back when work clothes were still necessary for work and academics were doing normal academic things, like attending the lectures of guest speakers and participating in intellectual symposiums, I bought a new skirt–black with embossed blue roses that went beautifully with my strappy blue heels. I wore it for my presentation during a symposium I had organized through the Institute for Studies of Religion at Baylor University. The symposium was Women and the Bible: A Historical Perspective, and it was actually the first time I met my now Anxious Bench co-author Kristin DuMez as I had invited her to speak at one of the sessions.

I was younger, thinner, not-yet-tenured, and more idealistic. I had sent the sym

posium invitation to several pastors throughout Waco and a few of them, along with some church members, were in attendance. One entire Sunday School class from a local Baptist church even came. My presentation was right after lunch, and it was entitled “Weak and Silent Vessels: The Impact of the English Bible on Women.” My argument was straightforward: English Bible translations affected early modern perceptions of women in the church because they privileged androcentric (male-oriented) language. I have since published some of this research, and more of it is forthcoming in a chapter in my current book project The Making of Biblical Womanhood: How the Subjugation of Women Became Gospel Truth (forthcoming 2021 with Brazos Press).

After the lecture, one of the local pastors approached me. He wanted to know why he had never learned any of this. Why wasn’t it included in his seminary textbooks? His comments reminded me of something Catherine Brekus, a path breaking scholar in American Women’s History and professor at Harvard Divinity School, said in Strangers and Pilgrims: Female Preaching in America, 1740-1845.  Listen to her words.

“This book is about Harriet Livermore and all of the other female evangelists, both white and black, who tried to forge a tradition of female religious leadership in early America. It is about women’s refusal to heed the words of Paul, ‘Let your women keep silence in the churches,’ despite clerical opposition, public ridicule, and their own fears…Most of all, it is about the importance of remembering a group of forgotten ‘pilgrims’ who force us to question many of our assumptions about the history of women and the history of religion in America.” (p. 4 on the Kindle version)

Do you hear what she said? Remembering history, remembering the preaching women in our American historical past forces us to rethink how we understand women. The pastor in my audience that day came with preconceived ideas about women’s roles in the church that were challenged by historical evidence. History matters, as medieval historian Judith Bennett–another pathbreaking scholar–reminds us in the title of her significant work on patriarchy and feminism. History reminds us that Christian women have always fought against patriarchy, and that women can never be written out of leadership as teachers, preachers, evangelists in Christian history. 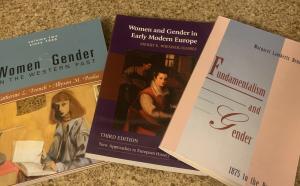 The problem is that evangelicals simply don’t know this history.

I am taking this problem head on in my book, The Making of Biblical Womanhood, but until then, let me tell you about a few already-published books that would shift the conversation about women’s roles if evangelicals would simply read them. Here are the first three on my list (and more coming in my May and June posts).

Happy reading! And stay tuned for more recommendations next time. 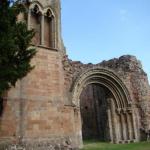 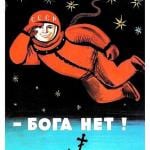 April 16, 2020 Searching for—and Not Finding—God in Outer Space
Recent Comments
0 | Leave a Comment
"Actually, a couple of things are at work here. England was radically different because Common ..."
philipjenkins Of Revivals, Convulsions, and Witchcraft Panics
"As I understand it, in Spain, ironically, the witchcraft craze scarcely happened at all because ..."
Iain Lovejoy Of Revivals, Convulsions, and Witchcraft Panics
"All fair comments. I was mainly thinking of their relationship to the respective institutional churches. ..."
philipjenkins Of Awakenings, Convulsions, and Writing Christian ..."
"Oh, okay. I do see parallels in the sociological and emotional senses.I was thinking more ..."
Daniel Wilcox Of Awakenings, Convulsions, and Writing Christian ..."
Browse Our Archives
get the latest updates from
Anxious Bench
and the Patheos
Evangelical
Channel
POPULAR AT PATHEOS Evangelical
1