Losing Our (Medieval) Religion? The Cost of Not Teaching History….. 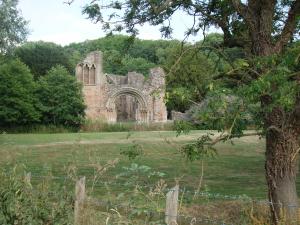 This is from my Anxious Bench archives and is a placeholder until my post goes up for later today. I chose this not only because I love the place–Lilleshall Abbey–but also because the theme is so central to my current book project: forgetting Christian history is dangerous, but forgetting Christian history, unfortunately, is exactly what evangelical Christians have done….stay tuned for my new post later today Because It is Time for Christian Patriarchy to End–A Reading List.

Seventeen years ago I stood in this exact spot–only then, the gate was locked.

I was 25 years old and working on my dissertation. I had been in England for about two months when I decided to find Lilleshall Abbey. I knew only ruins remained, courtesy of Henry VIII’s dissolution (1538) and the aftermath of the Civil War (1645), but the pastoral literature of John Mirk (the sermon collection Festial and pastoral handbook Instructions for Parish Priests) had become central to my research and Lilleshall Abbey had been Mirk’s home. He served there as a canon and later prior in the late fourteenth-century, and it was undoubtedly through Lilleshall Abbey that he had preached (possibly served as a vicar) at St. Alkmund’s parish church in Shrewsbury.

Of course, this was before we all carried internet search engines and google maps in our pockets.  I somehow confused the opening hours so that after a two hour train ride followed by a 40ish minute bus ride that dropped me at a lonely village bus stop (the bus came by once an hour) followed by a 1.2ish mile walk down a very quiet and very deserted country road, I found only a locked gate.   I stood there for quite a while, peering over the fence and hoping for a miracle. None came, and I had to eat my sandwich at the bus stop instead of sitting on the walls of the abbey as I had planned.

This time my visit was quite different. I am 42 now, well past earning both my doctorate and tenure, and (after double checking the entry times) I found the gate wide open. 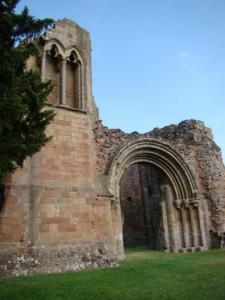 It was worth it, even with the seventeen-year wait. The magnificent arched doorway framed by one remaining tower beckoned me into a world that most modern Christians have forgotten.

Lilleshall Abbey was founded in the mid-twelfth century by a group of Augustinian (Austin) canons. These priests followed a monastic rule (including living together in a community) but focused on preaching and pastoral work. Although we don’t know much about the circumstances, we do know that Lilleshall Abbey became closely connected to St. Alkmund’s parish church in Shrewsbury . St. Alkmund’s was struggling financially and lacked a priest. When it was appropriated by Lilleshall Abbey, the abbey helped provide pastoral care and preaching in exchange for the use of the church endowment. The arrangement seemed to work very well for both parties. The granges (farmland) from St. Alkmund’s, the watermills, the tolls for the use of Atcham Bridge over the river Severn, and even a grant for a 3-day market fair all combined to provide Lilleshall Abbey with a comfortable and regular income.  Indeed, the canons seem to have done quite well for themselves, at least during the 12th and 13th centuries. The richly car 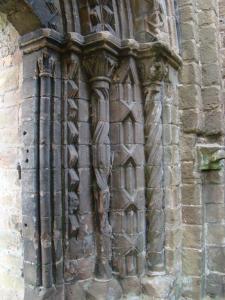 ved 12th-century processional doorway leading from the cloisters into the choir attests to the wealth and prestige of the abbey. Those travelling around Wales and western England, merchants and traders and pilgrims, found Lilleshall a welcoming and hospitable community. It apparently could afford to host travelers as the late medieval Gough map (housed today in the Bodleian Library) included it as an option for the road-weary. Twice the canons at Lilleshall abbey even entertained a king (Henry III around 1240).

Despite its former glory, only a shell of the abbey remains. Only the sacristy (where liturgical vestments and vessels were kept) and parlor have managed to keep their roofs intact, and only one winding staircase climbs to the second floor, hinting at the many lost hallways and rooms. The towering fourteenth-century window on the east end provides a breathtaking view of trees and blue sky. With just a little imagination, it isn’t hard to glimpse the former glory of the church when sunlight would have streamed through the costly glass a 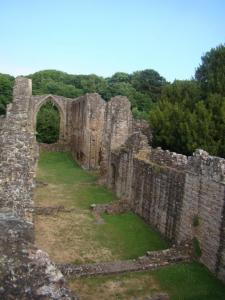 nd illuminated the high altar below. I braved the surprising darkness of the one remaining staircase to find a lovely view from above of the abbey landscape.  For an added bonus, I got to read the 18th, 19th, and early 20th century graffiti carved into the stone walls. Apparently John Admead in 1815 and H.P. in 1890 were inspired enough by the abbey ruins to permanently add their names to its edifice.

Today Lilleshall Abbey is just a ruin—barely a shadow of its former self. Yet its historical footprint can still be felt in the surrounding community. Along my way to the abbey, I travelled down Winifred’s Drive, a local saint spotlighted by Lilleshall Abbey’s own John Mirk in his sermon collection. I walked past the town of Lilleshall (clearly the namesake of the abbey) and I even found, along that quiet country road, a house named Abbot’s Way.  Of course, I know how all these place names connect. But I don’t think the three kids on bicycles riding so fast past me that a rock spins up and hits my ankle have any idea what an Augustinian canon is much less who Winifred was. If historical footprints leave only vague impressions of the past, do they really matter to the present? If no one understands the meaning of Winifred’s Drive, does it mean that Winifred no longer matters to our modern world? 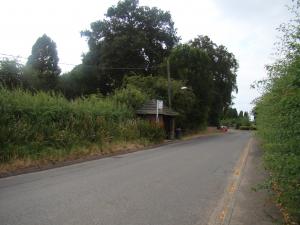 The Medieval Academy of America (MAA) and especially its K-12 Committee urges the College Board to reconsider its recent decision to revise the Advanced Placement (AP) World History exam to “assess content only from c. 1450 to the present.”

As the largest organization in the world dedicated to the study of the Middle Ages, we have noted with alarm a clear decline in representation of this important epoch in core standards at the secondary school level. This trend has reached a tipping point with the College Board’s decision to begin its AP World History curriculum at the year 1450…

There are several further problems with this strategy. By beginning “world history” in 1450, the College Board is essentially sending the message that premodern culture and events are unimportant. It is impossible to make sense out of the political and historical climate of the mid-fifteenth century without a grounding in what came before……

In other words, Advanced Placement tests will only cover history since the Reformation era and European colonialism. Schools can keep teaching ancient and medieval history, but the incentive is now clearly gone. Why would students who struggle with understanding the value of history anyway, opt to take history classes that won’t prepare them for Advanced Placement? Why would they bother? Is the vibrant world of medieval Christianity destined to become like the ruins of Lilleshall Abbey?—mostly forgotten with only a few traditions and placenames that, like a face we can’t quite recall, vaguely trouble our subconscious….

As a medieval historian and an evangelical Christian, I have been writing about how so many problems in the modern church stem from our lack of understanding church history. Our ignorance about both the biblical and medieval world have paved the way for a few loud (and mostly white masculine) voices to distort ideas about male and female roles. Recently I confessed how I was complicit in the oppression of women mostly due to my inaction and silence as a pastor’s wife. I received more emails and messages from that article than any other post I have ever written. Women who feel just like me—undervalued, silenced, even abused and oppressed. Women who, just like me, are so frustrated by Christian men and evangelical churches who privilege gender hierarchies and power over the teachings of Christ. 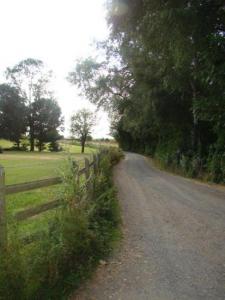 As a Christian woman who has seen first hand the damage wreaked by historical ignorance, the decision by the College Board to only test Reformation-era and post-Reformation history terrifies me. Evangelical ignorance of only some aspects of church history has grossly distorted how modern evangelicals understand gender roles. Real women, like those at Southwestern Baptist Theological Seminary  and Rachel Denhollander, have already paid too high of a price. What will happen when the entire next generation of American children lack all knowledge about church history predating Martin Luther? What will the impact be on women’s history, when our understanding of it starts with the early modern era?

Like R.E.M. in 1991, we really do seem to be losing our religion—at least, our historical understanding of pre-Reformation religion. I can’t even fathom the cost. 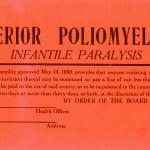 April 14, 2020
Polio, Christians, and the Importance of Vaccination
Next Post 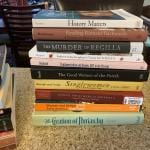