Beware the Return to Normalcy

As easily as we’ve turned to the past to understand how to survive a pandemic, I wonder if we’re as willing to consider analogies to another human impulse: how to get “back to normal.”

Normality is certainly what our president wants us to be thinking about: the day when we can cease all these emergency measures and return to our buying and selling, to our worshipping (of God and America’s other gods), to the way things were and should be again.

Nothing is new under the sun. So I hope those of you who read me write about the 1918 influenza pandemic will now join me in considering what came in the wake of that public health crisis: another Republican president’s campaign to “return to normalcy.”

I tend to think of Senator-turned-President Warren Harding’s rhetoric as a response to the First World War and to Woodrow Wilson’s attempts to make the U.S. government as active in global affairs as it had become in the domestic economy. Here’s how Harding defined normalcy in a May 1920 speech in Boston:

America’s present need is not heroics, but healing; not nostrums, but normalcy; not revolution, but restoration; not agitation, but adjustment; not surgery, but serenity; not the dramatic, but the dispassionate; not experiment, but equipoise; not submergence in internationality, but sustainment in triumphant nationality.

But, in urging Americans to “to steady down, to get squarely on our feet, to make sure of the right path,” I wonder if Harding meant do to do more than provide a tonic for “the fevered delirium of war” (and an analgesic for businessmen pained by years of Progressivism). Could Americans have also wanted to hear “normalcy” as a restorative for the weariness brought on by influenza-related disruptions like quarantine and closures? After all, waves of “Spanish flu” kept crashing on these shores: not just several times in 1918, but then again in the two years leading up to Harding’s election. Influenza returned to my hometown in the fall of 1919, and then again in January-February 1920, when my employer joined other Twin Cities colleges in taking yet another “influenza vacation.”

I surely don’t want to be moving online again this fall, or next year. My kids don’t want to spend their childhoods cycling through periods of not seeing their friends. None of us want to spend Christmas or another Easter in front of screens, rather than celebrating Jesus’ birth and resurrection with our sisters and brothers in Christ.

You don’t have to support Donald Trump to crave “normalcy.” (Joe Biden is also appealing to a different kind of “return to normalcy.”) But we should think twice before giving in to that understandable instinct.

If anyone should be ready to discard old normals for new ones, it’s a people who are spending this weekend contemplating the death of the Son of God and then celebrating his dramatic resurrection. But if history is any predictor, that’s not going to be easy…

I woke up this morning to find several Facebook friends sharing a Medium essay by a filmmaker named Julio Vincent Gambuto. “In truth,” he admitted, “you want the feeling of normalcy, and we all want it…

The need for comfort will be real, and it will be strong. And every brand in America will come to your rescue, dear consumer, to help take away that darkness and get life back to the way it was before the crisis. I urge you to be well aware of what is coming.

Gambuto warned that the economic message we’re already hearing from Donald Trump will soon be reinforced by advertisers — whose “cardinal principle” is to “find the consumer’s problem and fix it with your product” — and marketers — who “know how to re-wire your heart. And, make no mistake, the heart is what has been most traumatized this last month.”

And if you doubt that, come back with me to the aftermath of Harding’s election. Just as I had previously looked through newspapers in September-October 1918 to understand responses to the influenza pandemic, I perused some of that historical evidence from the month of Warren Harding’s inauguration. Sure enough, the first four hits that came up in the Library of Congress’ digital newspaper archive (Chronicling America) when I searched for “normalcy” in March 1921 weren’t political reports, but advertisements.

No doubt advertisers will soon do the same in the spring of 2020. “What is about to be unleashed on American society,” warned Gambuto, “will be the greatest campaign ever created to get you to feel normal again.” But maybe we shouldn’t crave normalcy. Maybe COVID reminds us that the American “normal” includes racism and racial disparity, mass incarceration, and a social safety net in need of mending. Maybe, suggests Gambuto, COVID has provided us with a “Great Pause,” a time to

take a deep breath, ignore the deafening noise, and think deeply about what you want to put back into your life. This is our chance to define a new version of normal, a rare and truly sacred (yes, sacred) opportunity to get rid of the bullsh** and to only bring back what works for us, what makes our lives richer, what makes our kids happier, what makes us truly proud. 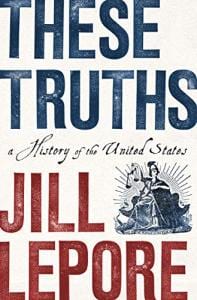 In 1921, writes historian Jill Lepore, Harding’s “return to normalcy” wasn’t just an economic campaign built on deregulating business and finance. His administration also promoted a political campaign against immigration and a cultural campaign exemplified in the aesthetics of the Colonial Revival movement. “Both,” she points out, “looked inward, and backward, inventing and celebrating an American heritage, a fantasy world of a past that never happened.”

All of which is to be expected from the current administration. As it tries to get us back to its version of what’s normal, the Trump presidency will also gear up for the presidential campaign that’s largely been on hold these past weeks. Having promised to Make America Great Again in 2016, Trump 2020 is hoping that just enough voters will want to Keep America Great — that is, an inward-looking, walled-off America that indulges in hazy nostalgia.

After all, it already happened in the wake of a Great War and a terrible pandemic. A hundred years later, Gambuto hopes that we’ll instead use the Great Pause resulting from our present public health crisis to see more clearly that “We, as a nation, have deeply disturbing problems.”

April 13, 2020 The Missing Woman of Emmaus
Recent Comments
0 | Leave a Comment
"Good point!"
mmcguire001 Advent: The Most Apocalyptic Time of ..."
"Always appreciated the tension of Advent. Fleming Rutledge is, in my opinion, one of the ..."
mmcguire001 Advent: The Most Apocalyptic Time of ..."
"Hey Mike, The political Religious Right must cut huge sections out of their Bible in ..."
Artistree Ron Sider and the Fate of ..."
"I think people are being very thin skinned about an opinion of one person. But ..."
Roger McKinney A Panopticon for a Ruling Class ..."
Browse Our Archives
Related posts from Anxious Bench