Will we one day look back at the COVID-19 pandemic as a turning point in the history of Christianity and other religions? We won’t know for many years, but it wouldn’t be the first time that a seemingly non-religious event reshaped religious practice, belief, community, imagination, etc. Yesterday Beth, Philip, and Tal nominated three such turning points from before the year 1900: the Black Death, the Little Ice Age (in particular, the years 1675-1685), and Chicago’s Columbian Exposition of 1893.

As we conclude our brief series today, three of our Americanists will discuss events from the second half of the 20th century. But I’ll get us started with something that technically happened in the late 19th century, but whose fullest effects weren’t realized until after 1900…

The Invention of Radio

The printing press obviously belongs on this list, but I’m too much of a 20th century-ist to write knowledgeably about that invention. And I’m not enough of a self-promoter to add Charles Lindbergh’s 1927 flight to Paris to this list, though surely the advent of transoceanic travel (and the hero worship that attended it) had important implications for Christianity. But I do think we need something from the history of technology on this list, so let’s talk about the invention of the radio, which was intertwined with Christianity from its origins. After Guglielmo Marconi made the first wireless transmissions in the 1890s (he later created Vatican Radio), the first human voices heard “on the air” belonged to a Brazilian priest named Roberto Landell de Moura (1900) and the Canadian-American engineer Reginald Fessenden (1906), an Anglican minister’s son whose pioneering Christmas Eve broadcast included two carols and a reading of Luke 2:14. 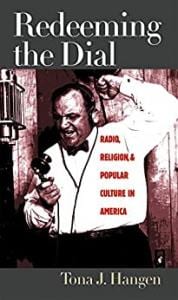 Of course, Christians had been using communications technology to spread their faith and link their communities since Paul first wrote and dictated his epistles. (Christians still use letters in that way.) Almost as long, they’ve feared that such innovations might erode Christian community or enable rivals to drown out the gospel. Indeed, much of our current angst about worshipping online has antecedents in anxieties about the radio enabling Christians to skip church and worship at home. But historian Tona Hangen argues that the religious history of radio helps to explain why America did not follow Europe’s path to secularization. While “religious experience could have been watered down, marginalized, or supplanted by the public’s engagement with new forms of mass entertainment,” radio instead “served as a pulpit for evangelism on a scale impossible only decades before.” Fundamentalists and evangelicals were especially adept at using the new media, using them to “[channel] messages that were conservative (orienting, placing) and transformative (disorienting, displacing).”(See also Philip’s post this past Monday, on Paul Matzko’s new book, The Radio Right.) Here too, a non-religious innovation had a religious effect that soon extended beyond religion, as conservative Christians recognized the power of mass media to shape political behavior. (Not just Protestants: Father Coughlin wasn’t called “the radio priest” for nothing.) In that sense, the invention of the radio also set the stage for Fox News and other right-wing media becoming the primary sources of spiritual formation for many American Christians. (Chris Gehrz)

The Cold War transformed the U.S. politically, economically, socially, culturally, and militarily, and it also changed the U.S. religiously. This period witnessed Americans’ continued sacralization of political culture and enthusiastic embrace of civil religion. For example, as Americans sought to distinguish themselves from the godless communists in the Soviet Union, the 1950s saw an uptick in public celebrations of religion — a shift represented, for example, by the adoption of “in God we trust” as the national motto in 1956. This moment of consensus also prompted a reimagination of religious diversity in the US. Religious groups that had once been at odds with each other — Protestants, Catholics, and Jews — found themselves united as equal members of a “tri-faith America” during the Cold War.

The nationalistic religious fervor of the Cold War shaped developments not only within the U.S., but beyond it. As the U.S. sought to establish its international dominance and secure alliances in the global struggle against communism, one of the ways the U.S. expressed its power was through demonstrations of benevolent “Christian Americanism.” As a result, the Cold War period saw the growth of Christian humanitarian international aid organizations, which have played an important role in public-private humanitarian work overseas. Moreover, it was partly due to the geopolitical considerations of World War II and the Cold War that the U.S. ended Asian exclusion, reformed its immigration laws (see below), and opened its doors to refugees in the second half of the twentieth century. (Melissa Borja)

The Vietnam War is seen as a watershed moment in twentieth-century American history, and rightly so. What is less frequently recognized is that the war was also a watershed moment in the history of American Protestantism. It was during that war that American evangelicals clearly aligned with the U.S. military and with the war effort, even as many other Americans, and mainline and liberal Protestant leaders in particular, became increasingly critical both of the U.S. military intervention and the soldiers who fought the war. (Similar dynamics played out within American Catholicism during this time as well).

At a time when mainline leaders were expressing their ambivalence toward the administration, evangelicals were rewarded with increased stature and access to power. It was against the backdrop of Vietnam that conservative evangelicals mobilized as a partisan political force, and their social and political views reflected their pro-war, pro-military stance. Evangelicals were not only motivated by anti-communism, but also by the fear that America’s inability to defeat a ragtag enemy in the Vietnamese jungles reflected a failure of American manhood and a threat to Christian America. Thus, as evangelicals sought to define “biblical” gender roles, they embraced a militant masculinity as a model of all-American and God-given Christian manhood. Feminism threatened this militant masculinity and needed to be opposed at every turn. In this way, a rugged, aggressive (white) masculinity and a submissive femininity stood at the heart of conservative evangelicalism as it evolved as a religious, political, and cultural movement. (Kristin Du Mez)

The Hart-Celler Immigration and Nationality Act of 1965

Popularly known as the Immigration Act of 1965, the transformative Hart-Celler Immigration and Nationality Act dramatically shifted the distribution of visas. Prior to its passage, 82% of visas went to northern and western Europeans, sixteen percent to eastern and southern Europeans, and only two percent to the rest of the world. After 1965, European immigration slowed, and immigration from Asia, Africa, and Latin America exploded. Capping all countries at 7% of the annual total, it especially favored Cold War refugees, families trying to reunify, and those with “especially advantageous” job skills. By 2005, 38.4 million immigrants, 90 percent of whom did not claim European heritage, called the United States home. Together with their American-born children, they comprised about 25 percent of the U.S. population.

The impact of the Hart-Celler Act on American religious life has been — and continues to be — monumental. According to scholar Jehu Hanciles, himself an immigrant from Sierra Leone, nearly two-thirds of immigrants are Christian. Through the 2010s, more than 600,000 Christian immigrants received green cards each year. To be sure, non-Christian diversity also spiked in the decades since 1965, but the new immigration, notes sociologist Stephen Warner, is bringing about “not so much a new diversity among American religions as diversity within America’s majority religion.” The striking story is that as the United States becomes less Christian by the attrition of Americans with European heritage, it becomes more Christian through non-white migration. “We’re witnessing the re-Christianization of America,” writes scholar Gastón Espinosa. (David Swartz)

What have we left out? Feel free to nominate your own non-religious turning points for religious history in the Comments section below. 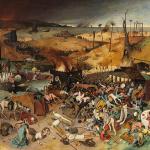 May 12, 2020
Non-Religious Turning Points in Religious History: Before 1900
Next Post 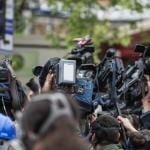 May 14, 2020 Is media coverage biased against evangelicals in the midst of the coronavirus?
Recent Comments
0 | Leave a Comment
"Intriguing. I didn't know that Walter Rauschenbusch was a prohibitionist! Odd, since his book,Christianity and ..."
Daniel Wilcox “Everything You Know about Prohibition Is ..."
"My mother was a Baptist preacher's daughter, born in 1935. She used to "play church," ..."
Jon Altman What I Learned from Designing Women ..."
""Bernice reminds Reverend Nunn that for every time Paul seems to silence women, Paul elsewhere ..."
Rick What I Learned from Designing Women ..."
"We (the Lutheran World Federation) condemn Luther's antisemitism and have asked forgiveness from the world's ..."
Harvey James Johnson What Is a Heretic?
Browse Our Archives
get the latest updates from
Anxious Bench
and the Patheos
Evangelical
Channel
POPULAR AT PATHEOS Evangelical
1