In late seventeenth-century Boston a strange story was popular. As David D. Hall recounts it from the telling of Harvard president Urian Oakes:

“A child that was born at Norich last Bartholomew-Day…being in the nurses arms last Easterday…being about 30 weeks old spake these words (This is an hard world): the nurse when she had recovered herselfe a little from her trembling, & amazement at the Extrardinariness of the thing said Why deare Child! Thou hast not known it: the Child after a pause, replied, But it will be an hard world & you shall know it.”

What the narrator wants us to appreciate isn’t the baby’s precocious conversation or  the nurse’s startlement, but that the baby had mastered so early what the nurse seemed late to grasp.

I’ve thought often about this tale during quarantine season.  Covid-19 has given us so much to mourn. But what has irritated are recommendations for parenting during this crisis. That counsel falls into categories: schooling kids at home, keeping them busy, keeping them healthy, passing time.

One of the unpleasant surprises in a quarantine full of unpleasant surprises is how much advice directs parents to create fun stuff for kids as a way to obscure reality.  What this advice entails varies by age. For very young children, parents’ efforts are substantially what would be done in ordinary time when housebound. For older children, advice targets what a parent might allow as much as what a parent actually should do.

One of parents’ chief responsibilities is protection of their children. Certainly children of some ages should be shielded from knowledge about the grim prospects unfolding outside locked-down doors. Maturity, aptness for anxiety, preexisting conditions in addition to age might govern how much any particular parent should reveal to particular children. I would not presume to dictate rules on that count, any more than I could say how old your reader should be to take on the fourth book of Harry Potter, where Cedric dies.  If it is impossible to make a rule about how much diversion is appropriate, I’ll draw the line at coronavirus cookies. More on them anon. 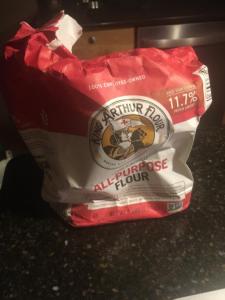 Especially in the first few weeks when we hardly knew what we were up against, coronavacation thrill-a-day guidelines directed parents to spin an alternate reality.  Lists of quarantine family-fun activities are myriad. Parents have been urged to do indoor picnics, science experiments, ninja training, doodle tutorials, YouTube kickboxing with their kids. They should make obstacle courses, a scavenger hunt, slime, a time capsule. A guide appearing in The Atlantic featured Michelle Martin, University of Washington professor, who “suggests sending kids who are learning math basics on a mission around the house or the building to count all the windows, for example—and then asking them the average number of windows in each room or apartment.”  The goal: “’Just try to keep as much of that normalcy for kids as you can.… It’s really easy for kids to feel depressed about how bad things are: I’m never going to go back to school. I’m never going to see my friends again. So I think we need to be cognizant of how much of that they’re absorbing—and try to replace that with some things that are positive.’”

Replace that with some things that are positive: a Sisyphean task as quarantine drags on. The insistence that parents should strive to make things extra fun to simulate normalcy multiplies burdens on adults trying to keep jobs, pay bills, enable learning.

A New York Times article on kids’ diete in quarantine affirms parents’ easing up on some usual nutritional emphases but goes so far as to endorse mac and cheese everyday. Writes Virginia Sole-Smith:

“‘There is something very reassuring about any shred of normalcy in a crisis, and that includes mac and cheese,’ said Evelyn Tribole, M.S., R.D.N., a registered dietitian and co-author of ‘Intuitive Eating.’ ‘We all need comfort food right now’.…. give yourself permission to take some shortcuts and make dinner the thing you don’t have to stress about as much. ‘Parenting and self-care need to look different right now and we have to be OK with lowering some of the bars,’ said Anna Sweeney, M.S., R.D., a registered dietitian who specializes in the treatment of eating disorders, in private practice in Concord, Mass.

It is important to reinforce normalcy, so sitting down together at the table to share meals, if you typically do that, will be helpful.”

It’s good to insulate children from worldly woes they cannot bear. We want to withhold bad news from children too young to bear it.  We might ask: are we trying to keep them from fearing the wrong things unnecessarily? Are we helping them distinguish which things appropriately should be feared and which not?  Or are we offering them membership in a world that doesn’t exist?

More galling even than the make-fun make-work element of Covid-19 parenting advice are the few ill-timed pieces that popped up mid-pandemic lamenting kids’ weakness and anxiety. What David Brooks faults in “The Age of Coddling is Over” is “overprotective parenting,” designed “to eliminate any stress or hardship a child might encounter, so he or she won’t be wounded by it.” Right now hardly seems the time to browbeat parents for kids’ anxiety. Though temperament contemning pandemic-themed holiday cookies might suggest some affinity for such arguments, I part company here. Slaps at “overparenting” or “overprotection” often seem misdiagnoses but ring false in this season especially. The basic argument of these articles is that by not forcing kids to face their little fears of dogs or darkness or strangers, parents set their kids up for big-time dysfunction later.

But learning to sleep sans nightlight or petting the pitbull or riding the bus to a new school can’t exactly prepare young people to face a pandemic. It’s one thing to encourage kids to face minor fears to strengthen their resilience but quite another when there’s something quite real to fear.  Adults who were reared by more rugged parenting themselves still feel unprepared to deal with the fear that this way comes.

Brooks has hopes for what can be learned, that “this moment launches a change in the way we raise and train all our young, at all ages. I’m hoping it exorcises the tide of ‘safetyism,’ which has gone overboard.  The virus is another reminder that hardship is woven into the warp and woof of existence. Training a young person is training her or him to master hardship, to endure suffering and, by building something new from the wreckage, redeem it.”

Like the baby said. This is an hard world.

The problem isn’t “safetyism,” it’s inviting children to believe that the world they live in is constructed by people who prioritize their enjoyment.

Which brings us back to seventeenth- and eighteenth-century New England sensibilities. Leaving aside here the worst barbarities of the age and arguments about infant damnation, consider how they introduced children to the world that was. Historians note that that Puritans didn’t sugarcoat it much, bidding kids to look into graves and stare death full in the face.  Cotton Mather, who had advice for all audiences including children, thought it wise to warn them about mortality. He exhorted in Corderius Americanus “Children, Go unto the Burying-place; There you will see many a Grave shorter than your selves.” A little gentler but not so different were words of poet  Anne Bradstreet, here likening children to birds leaving the nest:

I nurst them up with pain and care,

No cost nor labour did I spare

Till at the last they felt their wing,

Mounted the Trees and learned to sing….

You had a Dame that lov’d you well,

That did what could be done for young

And nurst you up till you were strong

And ‘fore she once would let you fly

She shew’d you joy and misery,

Taught what was good, and what was ill,

What would save life, and what would kill.

These settlers knew the world was a fatal place and it was best not to pretend otherwise.

If faced with so wide a range of possible childhood activities, from making slime to graveyard fieldtrips, why save ire for coronavirus cookies? As a seasonally appropriate way to make fun with children, like cutting out dough shaped like trees or hearts or flags or pumpkins, it toys with an enemy not yet tamed. Cut-out cookies are tedious, rolling dough and wriggling onto pan, and these more fiddly still, edge treatment with a paper clip to give distinctive pronged shape.  If these crafty bakers had promised more than amusing kids, the cookies could function with comedic power. They could be mocking death, literally cutting the monster down to size, defanging it by rendering it ridiculous, defeating it by eating it. Take that, crowned invader.

But the recipes for pandemic-themed treats fail to catch that tone. Right now we’re not up to whimsical dainties. We’re still eating the bread of affliction.

May 15, 2020
When the National Council of Churches Went to War
Next Post 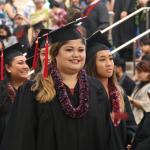 May 19, 2020 The Seeds That Fell on Good Soil: My Commencement Address for the Class of 2020
Recent Comments
0 | Leave a Comment
"In England at least I think most Quakers moved away from farming in the 17th ..."
Erp The Quakers: New England’s First Sustained ..."
"Listen to what Dr. King said? Yes. But, I believe it gets to the point ..."
douglas kraeger A Tale of Two Kings: Reflections ..."
"Christians must not ignore the systemic problems that create injustice. Evangelicals think that Trump is ..."
swbarnes2 A Tale of Two Kings: Reflections ..."
"Ration books was how it worked. People were allotted certain amounts of food in those ..."
Timothy Weston How Unique is Our Present Crisis ..."
Browse Our Archives
Follow Us!