The Seeds That Fell on Good Soil: My Commencement Address for the Class of 2020

The Seeds That Fell on Good Soil: My Commencement Address for the Class of 2020 May 19, 2020 Chris Gehrz

This is not the commencement you wanted, and I’m surely not the commencement speaker you anticipated. But COVID is unsettling lots of routines, including the liturgy that walks you over the bridge between your “college years” and what we like to call “the rest of your life.” And sheltering in place is disrupting lots of economies, including the one that pays Very Important People thousands of dollars to parachute into your lives just long enough to tell you what happened to you in college and why it matters for the future.

(Mine was the late Antonin Scalia, who warned me and a thousand of my closest friends that his speech “wouldn’t include the usual platitudes.” Instead, he told us that “the only thing in the world not for sale is character.” 1996 was a simpler time in American public life.)

But you needn’t worry if a Supreme Court justice, Instagram influencer, or wealthy donor is unable to grace your college’s improvised online version of commencement with their presence. The COVID commencement address substitute has become its own cottage industry. For example, if you’re willing to pay the cost of a subscription to The Atlantic (which is generally a good investment), you can be inspired by the likes of David Brooks, who is the Platonic ideal of the Very Important Person speaker. Just ask Marquette‘s class of 2019, Butler‘s of 2018, Chicago‘s of 2017, Penn‘s of 2016, Dartmouth‘s of 2015…

But you’ve already spent a lot of money on your college education. So if you want to save a few bucks, I’m here to give away some free commentary on Brooks’ comments.

Well, not “professors like me.” There aren’t as many of those around these days, what with self-described universities eliminating history and philosophy programs left and right. Professors like me spend most of our time trying to get students like you to read Augustine and Austen, plus some authors who don’t show up in Western Civ and Great Books courses.

And because professors like me refuse to accept that college is a transaction — culminating in this ceremony, when you customers finally receive the credential you purchased (sorry for the slow delivery, but we’re not Amazon) — we all have our own version of Brooks’ “planting seeds” speech.

It is a powerful image, enough that Jesus used it several times in his teaching career. And if “the kingdom of heaven is like a mustard seed that someone took and sowed in his field,” then perhaps a teacher like me can hope to plant so small a seed — a line from Eliot perhaps, or Toni Morrison or Shusaku Endo — in your lives, where it will one day grow into the intellectual, moral, or spiritual equivalent of “the greatest of shrubs… a tree, so that the birds of the air come and make nests in its branches.”

But Jesus also taught that the seeds that bore fruit were those that “fell on good soil.” In his parable, the sower also scattered seeds that fell on a road, into rocky soil, and amid thorns. None of them bore much fruit, if any.

Truly I tell you, even when professors like me try to do what Brooks suggests we do, the conditions are difficult. Many of your colleges have failed you.

Some of the seeds we’ve scattered have landed on the road — the pathway, if you will — that many colleges and their economic partners would like you to follow. Like an interstate freeway bypassing small towns, it leads you as quickly and directly as possible from the start of your education to the start of your employment. As you take that route, you’ll see lots of billboards trying to convince you that what matters most is maximizing the return on your investment and setting yourself up for a lifetime of stability, status, and comfort. Intellectual, moral, and spiritual seeds that fell directly on that path are unlikely to germinate.

Other seeds found a field, but it was mostly rocks, the soil just an inch deep. You took a class or two that had no obvious connection to your career, but it was a first-year experience shared with hundreds of others, perhaps led by a harried adjunct trying to make ends meet by teaching a dozen similar classes at three other schools. And your professor in that class was probably told that your learning only counted if it could be assessed. But it turns out that the most easily assessable outcomes are not those that take a long time to bear fruit, but those that quickly send up green shoots. They’re easy to see and measure, but they can’t develop the roots that will sustain the growing plant through more intellectually arid seasons of life.

Still other seeds landed in soil and started to send out roots — maybe in the sports history class you took this semester because you share my love of baseball, had room for a pass/fail elective, and ended up rethinking your assumptions about race, gender, competition, and higher education itself. But they’re already being choked to death by thorns: your church, your political party, the media you consume, or anything else in this culture that distrusts whatever intellectual, moral, or spiritual growth you’ve started to experience these last four years.

But for all that… and for all that you’ve had to endure this last semester of college… I want you to know that you have nonetheless provided your teachers with good soil to be sowed.

Like all liturgies, ceremonies like this can feel rote and trite. But it’s at this moment, each December and May, when I most clearly recognize what a privilege it is to teach students like you. For you have offered professors like me nothing less than yourselves.

You have trusted us to speak into your lives during one of its most fearful and fertile stages: the passage from adolescence into adulthood. When better to experience a liberal arts — a “liberating” — education than when you’re experiencing more personal freedom than you’ve ever known? When better to experiment with ideas and identities? When better to try something new and difficult, not sure whether you’ll succeed or fail?

Whatever your GPA, you’ve succeeded in many ways, more than you know. And what felt like failure planted seeds, too. Here’s Jesus again: “Very truly, I tell you, unless a grain of wheat falls into the earth and dies, it remains just a single grain; but if it dies, it bears much fruit.” And if both Fyodor Dostoyesky and Ernst Jünger quote this verse in their greatest books, you can trust that you can experience metaphorical resurrection, even before the literal one Jesus was describing.

In the end, people like me have done nothing more than till and plant the good soil that you provided us in the springtime of your lives. For all our planning and pleading and asking and exhorting, the harvest will most likely come long after we see you for the last time, and it will ultimately depend more on what you do than what we did.

Now, without your even thinking about it, the seeds we sowed will do some work on their own. Perhaps some will lay dormant for years, waiting for some shock to trigger their growth. Like the blood-red poppies that Jünger saw burst out of the shell-churned clay of Flanders, a bit of Kierkegaard buried deep in your memory of some long-distant philosophy class might suddenly ripen in the midst of some new existential crisis.

But in the meantime, there are things you can do to tend that field.

I’m a terrible gardener, so I feel sillier and sillier the more I prolong this metaphor. But whether it’s a matter of pouring out water or pulling out weeds or cutting back thorns, the point is that you must now take charge of your learning.

Right now, maybe that means following Brooks’ advice to use our COVID-induced “hiatus to do something you would never have done if this emergency hadn’t hit.” In the months and years to come, it certainly means attending to what he calls your “mental diet,” now that you don’t have people like me feeding you intellectual greens.

Mostly, it means that you need to be patient.

Like every graduation speaker before and since, I’ll now remind you that we call this your “commencement” because it is more a start than a finish. Even as your career and our consumer culture will try to pull you too quickly into a future beyond your control, you need to live slowly, attentively, and hopefully, in anticipation of the intellectual, moral, and spiritual growth — the new life — yet to come.

Grace and peace to you all. 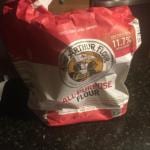 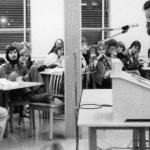 May 20, 2020 The Reformed Evangelicals Who Smoked Pot in Toronto
Recent Comments
0 | Leave a Comment
"Hello Curt, Thanks for your thought-provoking reply. I believe that your reference to tribalism is ..."
Christopher Tounsel Chosen Peoples: Christianity and Political Imagination ..."
"There is prudent caution in accepting new revisionist history.Today's political climate has used revisionism to ..."
Let's Translate This! All History Is Revisionist History
"What Christopher Tounsel wrote about is important all of us Christians to note. But what ..."
Curt Day Chosen Peoples: Christianity and Political Imagination ..."
"I recommend the articles "Talmudic Forgeries: A Case Study in Anti-Jewish Propaganda" and "Response to ..."
Ame Cancelling Alice Walker?
Browse Our Archives
get the latest from
Anxious Bench
Sign up for our newsletter
POPULAR AT PATHEOS Evangelical
1