Enough Learning to Last Until the End of My Life

Enough Learning to Last Until the End of My Life June 22, 2020 Philip Jenkins

Often, stories of martyrs and saints are so reworked over time that they become outrageously improbable, and it becomes all but impossible to excavate to find what really happened. That’s doubly unfortunate, because some unquestionably genuine stories are so powerful in their own right that they need not the slightest additional coloring.

I offer the story of English saint John Fisher (1469-1535), the legendarily holy Bishop of Rochester under Henry VIII. He was a noted scholar, with a magnificent library. Despite his achievements, he earned the king’s anger by opposing his policies, and particularly Henry’s plan to set aside his faithful Queen, Katherine of Aragon. Together with Thomas More, John refused to take an oath of allegiance that would have meant recognizing the king as head of the English church, in place of the Pope. In 1534, he was arrested and imprisoned, at the age of 65 – extreme old age in the circumstances of that time. To encourage him in his resistance, the Pope named John Fisher a cardinal, further infuriating the king.

Certainly, John Fisher was going to be executed, but Henry could not have imagined just how thoroughly that act would be transformed into martyrdom on the highest scale.Through the divorce controversy, John Fisher had repeatedly cited his own saintly patron, John the Baptist, who had challenged the king of his time who had married Herodias, the divorced wife of his own brother. John, in other words, died a martyr to the cause of the indissolubility of marriage – an interesting precedent for matters in 1535.

So John Fisher’s death inevitably conjured memories of John the Baptist, who was beheaded for opposing a king with a vicious and devious wife. (Since 1532, Henry had been married to Anne Boleyn). But wait, there’s more. Moving the execution to June 22 placed it on the same day as the celebration of St. Alban, England’s greatest saint, and its most famous martyr (c.300AD). He had also been beheaded, by pagan persecutors.

Unless somebody within the regime was actively trying to make Fisher a martyr, this was blunder upon blunder. But never underestimate the power of human stupidity.

A large crowd watched as frail old John Fisher was taken to the place of execution. They also witnessed John Fisher’s stunning use of scripture in these last moments. Of course, this John now quoted another Saint John, the Evangelist. Taking the New Testament he carried, he read out these words: “This is life eternal, that they may know Thee, the only true God, and Jesus Christ whom Thou hast sent. I have glorified Thee upon the earth, I have finished the work which Thou gavest me to do” (John 17:3- 5). As he then said, “Here is learning enough for me to my life’s end.”

Ah, but his executioners had not yet finished in giving him the perfect opportunity to transform execution into pure martyrdom. This was June 22, Midsummer day, and his execution took place early on that glorious morning. Looking to the sun, seconds before his death, what other verse could possibly come to his lips except Psalm 34? “They looked unto him, and were lightened: and their faces were not ashamed.” His mind undoubtedly roamed over the rest of this wonderful psalm of rescue and refuge, with its potent Eucharistic themes.

Accounts vary of his final words, but they were probably Psalm 31, which asserts trust in God against all persecutors. And so he died.

I quote the old Catholic Encyclopedia:

Since he had been deprived of his bishopric by the Act of Attainder, he was treated as a commoner, and tried by jury. He was declared guilty, and condemned to be hanged, drawn, and quartered at Tyburn, but the mode of execution was changed, and instead he was beheaded on Tower Hill.

The martyr’s last moments were thoroughly in keeping with his previous life. He met death with a calm dignified courage which profoundly impressed all present. His headless body was stripped and left on the scaffold till evening, when it was thrown naked into a grave in the churchyard of Allhallows, Barking. Thence it was removed a fortnight later and laid beside that of Sir Thomas More in the church of St. Peter ad Vincula by the Tower. His head was stuck upon a pole on London Bridge, but its ruddy and lifelike appearance excited so much attention that, after a fortnight, it was thrown into the Thames, its place being taken by that of Sir Thomas More, whose martyrdom occurred on 6 July next following.

He was canonized four centuries later, in 1935.

Now, how could any later hagiographer have improved on any of this? Was this not the perfect death of a Christian leader in the face of tyranny? 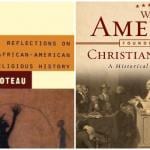