On July 24, 2020, Muslims held Friday prayers in the nave of Hagia Sophia for the first time since the grand structure had been converted into a museum in 1934.

In a United States consumed with the coronavirus pandemic, it might be easy to overlook the significance of this development. Few places, however, have mattered as much to the history of Christianity as Hagia Sophia, and it is worthwhile to review its contested history.

The foundations of Hagia Sophia date to Constantine the Great’s decision to establish a new, eastern capital at Byzantium. The first two churches on the spot burned to the ground, and it was the sixth-century emperor Justinian who oversaw the remarkable rise of the cathedral that still stands.

Hagia Sophia’s sheer size contributed greatly to its splendor. In theory, more than fifteen thousand people could fit inside its nave. And when they looked up, they saw the highest and largest domed interior on earth, rising more than half an American football field from the floor. Hagia Sophia was not just big, but brilliantly designed to be filled with heavenly light. As the contemporary historian Procopius wrote, “the church is singularly full of light and sunshine; you would declare that the place is not lighted by the sun from without, but that the rays are produced within itself, such an abundance of light is poured into this church.” Procopius suggested that the dome seemed “to cover the place beneath as though it were suspended from heaven by the fabled golden chain.” The actual gold and silver and gems added to the cathedral’s magnificence. So did the massive numbers of worshipers, clergy, and choir, especially when the Litugy took place in the presence of the emperor and empress.

During its early decades, the church had few images. But after the supporters of images prevailed against the iconoclasts of the ninth century, Hagia Sophia became adorned with magnificent mosaics, many of which survived the Muslim conquest of Constantinople: images of the enthroned Christus Pantocrator, the Virgin and child, saints, and emperors.

Even as Muslim armies reduced the extent of the eastern Roman (Byzantine) Empire, Constantinople survived countless sieges (and sacking at the hands of Crusaders in the early thirteenth century, who removed some of Hagia Sophia’s mosaics), remaining a bastion of Orthodoxy. Then in 1453, Muslim armies finally gained a long-sought prize. As Diarmaid MacCulloch narrates in his First Three Thousand Years:

matins was still in progress in the Great Church at the summit of a city overwhelmed with murder, rape and looting, when the Ottoman soldiers battered down the massive door reserved for imperial processions and overwhelmed the worshippers during their defiant last act of divine praise. The Emperor’s head was stuffed with straw and paraded around the cities of the Muslim world.

It was not only the Christians of the East who mourned the loss of Constantinople and its great church. In Italy, the composer Guillaume Dufay incorporated words from the Prophet Jeremiah into a motet about the city’s fall: “All her friends have dealt treacherously with her: among all her beloved, she hath none to comfort her.” Listen to a recording here.

After conquering Jerusalem, the early Muslim caliph Umar did not permit his armies to destroy or repurpose the Church of the Holy Sepulchre. By the fifteenth century, that sort of lenience had grown rare. Hagia Sophia became a mosque almost immediately.

The great mosaics, theologically offensive to the building’s new stewards, were whitewashed or plastered. Fortunately, although they were defaced, they were not fully destroyed. When restoration work began on Hagia Sophia in the nineteenth century, the mosaics were uncovered. The U.S. archaeologist Thomas Whittemore oversaw the restoration of the mosaics in the 1930s.

In 1934, President Kemal Ataturk transformed Hagia Sophia from a mosque to a museum, open to visitors regardless of faith. In 1985, the former church and former mosque became a UNESCO World Heritage Site.

Now it is a mosque again, fulfilling a longstanding goal of those in Turkey who want a more Islamic republic. Orthodox Christians, for whom Constantinople retains a preeminent importance, now mourn what seems like a renewed loss of Hagia Sophia. President Erdogan promises that although Muslims will use Hagia Sophia for prayer, the building will remain open to tourists. UNESCO issued a statement lamenting the Turkish government’s unilateral decision and warning against physical changes to the building or restrictions on access.

Enduring marvels like Hagia Sophia tell centuries of history through their construction and repeated transformations. Hagia Sophia is hardly alone in having a multi-religious history. Take the cathedral in the Sicilian city of Siracusa, another UNESCO World Heritage site. When built in the seventh century, the Byzantine cathedral incorporated the city’s ancient Temple of Athena. When Arabs conquered Sicily several centuries later, the cathedral became a mosque. The Normans then reconverted the building into a church after their armies conquered Sicily in 1085. Greek temple, Byzantine cathedral, mosque, Norman cathedral. A crossroads of cultures. In practice, cuius regio, eius religio long predated the Protestant Reformation.

What does the future hold for Hagia Sophia? Although most of the changes that have befallen both Hagia Sophia and the Siracusa Cathedral were once unimaginable, it is very hard to imagine that Hagia Sophia will not remain a mosque for the foreseeable future. The current plan is for the building’s mosaics to be covered during prayers and then uncovered for tourists to see. Will that prove sustainable? One hopes so. I had the chance to visit the Duomo di Siracusa several years ago. Hagia Sophia remains on my wish list. 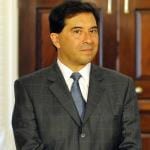 July 29, 2020
Exorcising Quetzalcoatl: Spiritual Warfare in Guatemala—and Beyond
Next Post

July 31, 2020 Why Hagia Sophia Is Going Back To Being a Mosque
Recent Comments
0 | Leave a Comment
Browse Our Archives
get the latest from
Anxious Bench
Sign up for our newsletter
POPULAR AT PATHEOS Evangelical
1