In the 1990s Harold Caballeros was minister of a church of 350 members in Guatemala City. It was growing and going well, and they had found valuable real estate at an affordable price on one of the main avenues of the city. Caballeros exulted that it was “an absolute miracle.”

Then everything went wrong. As he prayed one day in his office, leaning on a stool in front of a bureau, the stool began to elevate and then disappeared. In its place lay an enormous coiled white snake. As it came alive, furious and menacing, its eyes stared “red, profound, and charged with hate.” Caballeros began to tremble with fear. “It is true that in my work as a pastor I had participated in deliverances,” he reported. He had seen “demonic manifestations,” but nothing compared with this moment.

Then, he said, the Lord Jesus Christ intervened. From within his own chest came a voice with power and authority. “‘Isn’t My name enough? Is the authority of My name not enough for you?” Caballeros realized, “I wasn’t alone. He was with me.”

Filled with hope and resolve, Caballeros approached the ten-meter-long snake. Though it betrayed no fear, the pastor rebuked it in the name of Jesus Christ. “I could see that what the serpent was losing in confidence, I was gaining. Unexpectedly I could feel that fear had disappeared from me, and the serpent started to uncoil. The fight was tougher by the moment, and I soon saw fear it its eyes. I was obtaining victory. . . The serpent backed away and suddenly, traversing the wall, it went into the street.”

Surprising even himself, Caballeros took chase, following the snake into the middle of Sixth Avenue. Continuing to rebuke it for several blocks, he finally ordered the serpent with all the authority he could muster, to flee. The intervention worked. He reported that the snake “moved with greater speed by the moment, fleeing, afraid.”

This spiritual experience fortified Caballeros for what came next. After El Shaddai Church began to build, the government’s Institute of Institute of Anthropology and History put a halt to construction. The church stood on a pre-Columbian archaeological site: The Great Mound of the Snake of the Valley of Guatemala, which had been discovered only thirty years before.

Stuck, Caballeros began doing his own research which he said was “guided by the Holy Spirit.” He discovered that the Mound of the Snake was made by indigenous hands about two hundred years before Christ. Built in the form of an elongated pyramid, the mound was thirty meters wide, fifteen meters high, and twenty-two kilometers long. It was used ceremonially to honor Quetzalcoatl, the flying serpent.

Caballeros agreed with anthropologists that the Mound was significant. He disagreed with them about exactly how. To this Pentecostal pastor, the Mound signified a corruption of gospel truth. He explained:

Each year, during the spring solstice, this serpent undergoes a particular process. Its skin becomes opaque and dry, all its body acquires a gray-like color, a veil falls over its eyes, as would a cataract, and abruptly the viper breaks its covering, abandons it and emerges with a new skin, alive and fresh. The it adds a new rattle. This phenomenon is called caput zijil, which means, “To be born again.” If we add to this that the number four is the number of the sun and of Quetzalcoatl—of whom is said that he died for his people and came back to life on the fourth day—we will see that we are facing a falsification of Christ

Caballeros further reported that for the Mayas, the cult of the serpent took on such importance that they went to the extreme of taking two tablets to pressure the skull of their children and, in the process, deform them. They would file down their children’s teeth and voluntarily make them cross-eyed, in an effort to make them physically similar to the serpent.

The most important moment in Caballeros’s research came when he and other church leaders spotted Quetzalcoatl in Hebrew scriptures. “We could barely believe our eyes. Through the book of Isaiah, God was confirming our findings.” The specific passage was Isaiah 14:29: “Do not rejoice, all you of Philistia, because the rod that struck you is broken; for out of the serpent’s root will come forth a viper, and its offspring will be a fiery flying serpent.” They also found Quetzalcoatl in Isaiah 30:6: “The burden against the beasts of the South. Through a land of trouble and anguish, from which come the lioness and lion, the viper and fiery flying serpent, they will carry their riches on the backs of young donkeys and their treasures on the humps of camels, to a people who shall not benefit them.”

Caballeros determined that this prophecy had become terrifyingly true for the countries of Meso America. They had been “handed over to, dedicated to, or given over to this evil spirit.” The cultures of pre-Hispanic America had been given “an inheritance of curse, darkness, and pain to the next generations.” Instead of worshipping the true God, the Maya, Aztec, and Inca worshiped birds (the quetzal), animals (the jaguar), and reptiles (the rattlesnake). And they sacrificed humans. Caballeros explained, “During all of the research process, our attention was powerfully drawn to the bloodthirstiness of that cult—the human sacrifices—and the unique way in which the sacrifices were conducted.”

What did this inheritance look like in Caballeros’s twentieth-century Guatemala? The equivalent to ancient human sacrifices, he maintained, was the radical politics of socialist guerrillas, who had destabilized society and caused economic problems. Significantly, Caballeros pointed out, the quetzal was the national bird and name of the currency. He wrote, “The number of crotalic or serpentine symbols in them increased in direct proportion to the devaluation of the currency.

The bottom line: political virtue requires spiritual integrity. “We understood,” said Caballeros, “that the intervention of the church is necessary to settle those ancestral problems spiritually if we want to see the freedom of our nations. . . . God was speaking to us, letting us know that the situation of our nation was due to spiritual circumstances—to the direct action of forces that were hidden to the human eye—but that are absolutely real.”

Feeling a sense of urgency, Cabelleros conceived of a project called “Jesus is Lord of Guatemala.” He recruited a great army of intercessors who would redeem the nation from the hands of the enemy, and together they read the book Prayer, the Key to Revival by Korean pastor David Yonggi Cho. Based on this template, Caballeros held an exorcism in which he sought to expel Mayan spirits from strategic zones around the city. At one site, he killed an actual snake that stared hatefully at him from an aqueduct linked to ancient Mayan ruins.

It seemed to work. El Shaddai successfully built on the site, and attendance multiplied by seven in only two years. The church, said Caballeros, also grew in quality. It became “a praying church, a warring church.” When a member of the church, Jorge Serrano Elías, became a candidate for the presidency of Guatemala in 1991, the church prayed for his victory. Teams from El Shaddai fanned out to strategic “cardinal points” across the nation to “clear the way” of “strongmen” who might overtake Serrano in the polls.

When he won the election, Serrano called for a “national exorcism.” Members of El Shaddai—along with 75,000 other evangelicals—paraded through the streets of Guatemala City to declare to “the principalities and powers that Jesus, not Maximón or any other false god, is Lord over Guatemala.” This event represented an evangelical surge in a nation that was already the most evangelical in all Latin America after its Protestant population had risen from 2 percent to 40 percent in less than four decades.

This basic narrative comes from a chapter in a 2001 book published by Thomas Nelson called Victorious Warfare: Discovering Your Rightful Place in God’s Kingdom. Written matter-of-factly by Caballeros himself, “How I Learned That Spiritual Warfare Exists” is an exemplary articulation of Guatemalan Pentecostalism. It is impossible, says the chapter, to disentangle the material from the immaterial. Spiritual warfare can be found in everyday life. Prayer has material consequences. As Caballeros put it, “Spiritual warfare really constitutes the normal way of life for the believers that have been redeemed by Christ from the slavery of the devil.” Pentecostals believe that there is a spirit world populated by angels and demons warring over poverty, substance abuse, domestic violence, and the soul of every human being.

Critics, noting that the story did not end with the election, do not agree. Serrano was exiled to Panama in disgrace after he illegally suspended the Constitution, imposed censorship, and dissolved Congress and the Supreme Court. Indeed, evangelicals have remained silent about the violence inflicted by their own. As scholar Maren Christensen Bjune has contended, Pentecostal participation in politics has not transformed politics as much as preserved the status quo. Others say that spiritual warfare eradicates the nation’s own heritage by blaming Mayan culture for negative, superstitious, and violent characteristics of Guatemalan culture.

Indeed, what is most striking to me is how transnational the spiritual warfare movement is. This story alone involves a Korean prophet, an American vice-presidential candidate, an Argentinian pastor, and a Guatemalan president. The global circulation of religious ideas and practices, on overdrive since the Immigration Act of 1965, continues even during 2020 pandemic. In the last few months Caballeros’s podcasts and Youtube sermons on a range of issues related to spiritual warfare have been getting a lot of play in Guatemala, the United States (check out the books on his desk in this video), and around the world. 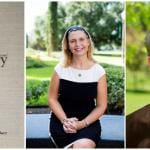